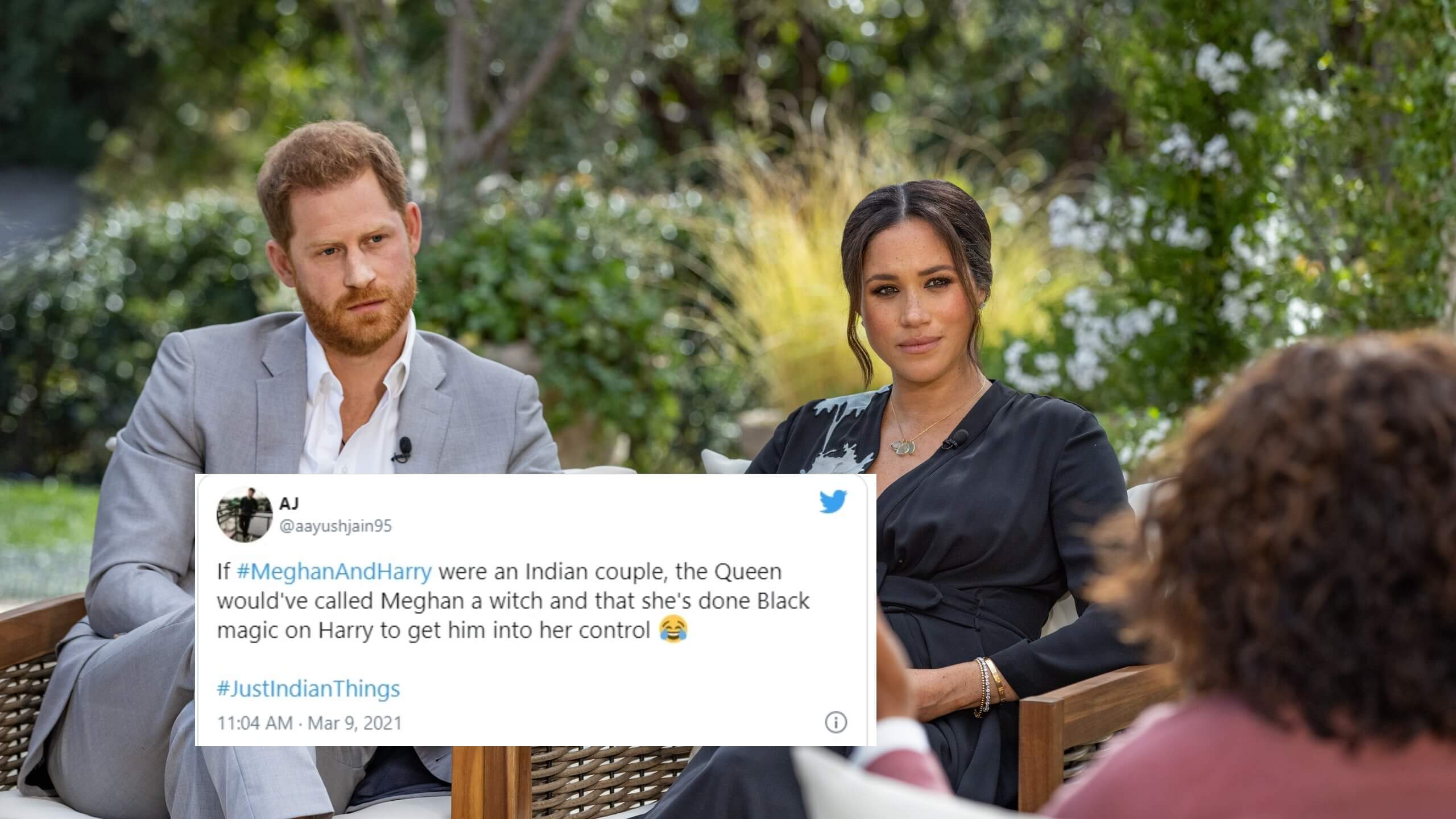 The Meghan Markle and Prince Harry’s much-awaited interview with Oprah dropped yesterday and people still can’t stop talking about it.

While the interview did reveal some serious things that should certainly be given focus to such as Meghan’s mental health and how the royal family dealt with it or racist tones to inquiring about her son Archie’s skin colour before he was born, there were also several jokes made around the interview as a whole.

Indians or desis, in particular, felt a certain kinship with what all was revealed especially Meghan’s statements about being married into the royal family.

There were a myriad of desi reactions to the things said in the interview and many even commented on how this is quite normal for many women in India and several other places in Asia.

Someone made a hilarious video by adding typical Indian soap opera serial background music to a clip from the interview.

Several other Desis also had a gala time watching it all go up in flames. There were a lot of comments on how the royal family sounds like a whole Indian joint family or something straight out of an Indian soap opera.

Why would they say that pic.twitter.com/Jwh5NZkKdN

Let us know what your reaction was to the interview and the impact it created in the comments below.

In Pics: Shocking Revelations Prince Harry And Meghan Markle Made During The Oprah Interview