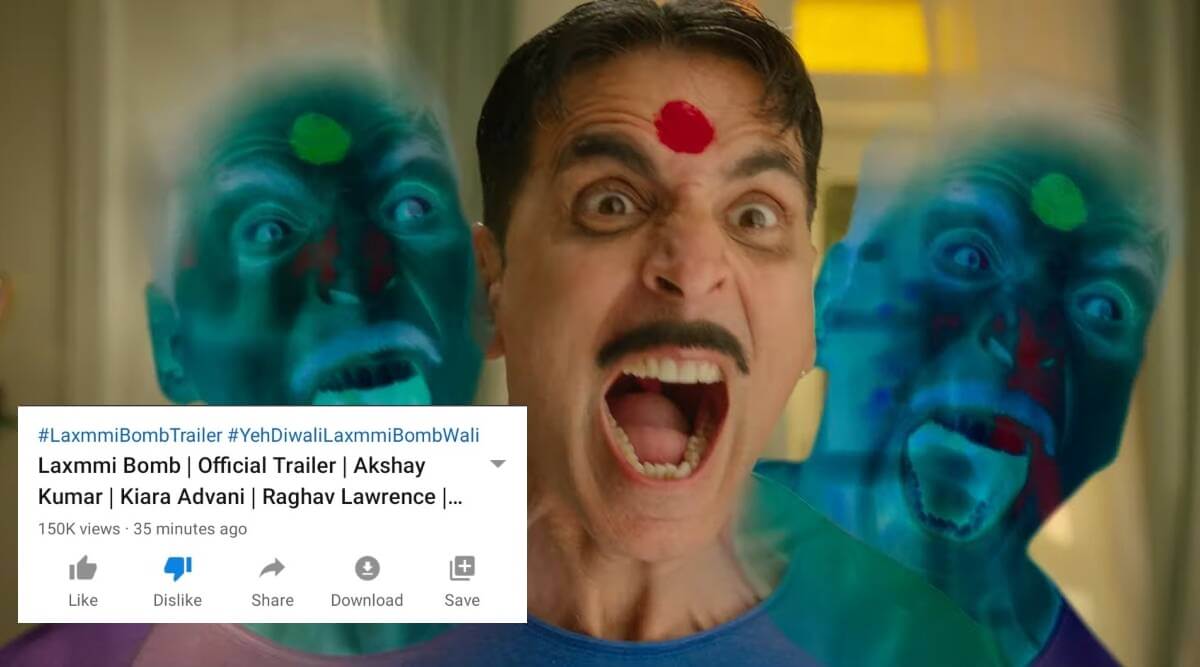 It is certainly a difficult time for the Bollywood industry. Emotions are high and distrust is spreading, unlike any other time.

The once-revered stars who had a following that was massive and loyal to a fault, are now being bashed and looked at with wary eyes. People these days wonder who is involved in what wrong or criminal thing.

This has significantly impacted the Bollywood box-office as we have seen the reception that a few big-budget movies like Sadak 2, Gunjan Saxena: The Kargil Girl and more got.

So it was quite interesting to see how the trailer of Akshay Kumar’s latest film, Laxmmi Bomb would be received by people.

However, when the trailer dropped, something peculiar was noted about it.

No Dislikes And Likes?

Laxmmi Bomb is a horror-comedy movie that is a remake of a Tamil film by the name of Muni 2: Kanchana.

The trailer to Laxmmi Bomb was released on Disney+ Hotstar VIP YouTube channel today and already it has crossed 250,000 views.

However, something that was different about the trailer was how one couldn’t see the number of likes or dislikes on it.

While one can see the views and comments, the likes and dislikes are not visible. 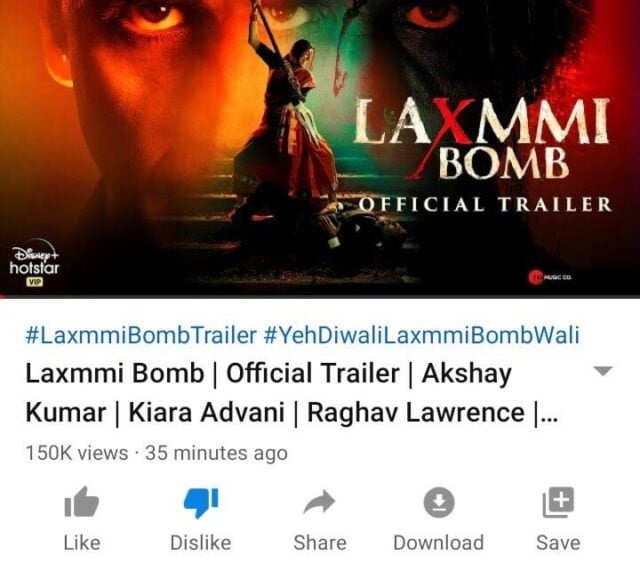 Read More: Hera Pheri Dialogues Summarize How An Indian Prom Night Would Be With Your Desi Parents

This was instantly caught by many people on Twitter who either were confused about it or were having laugh knowing exactly why this was done. 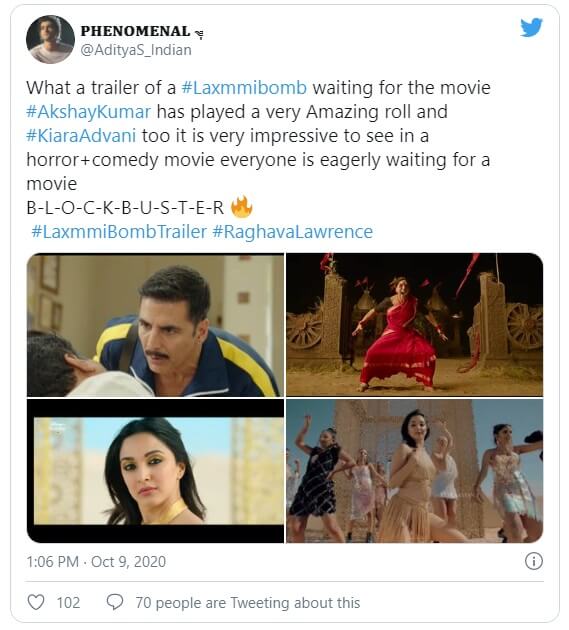 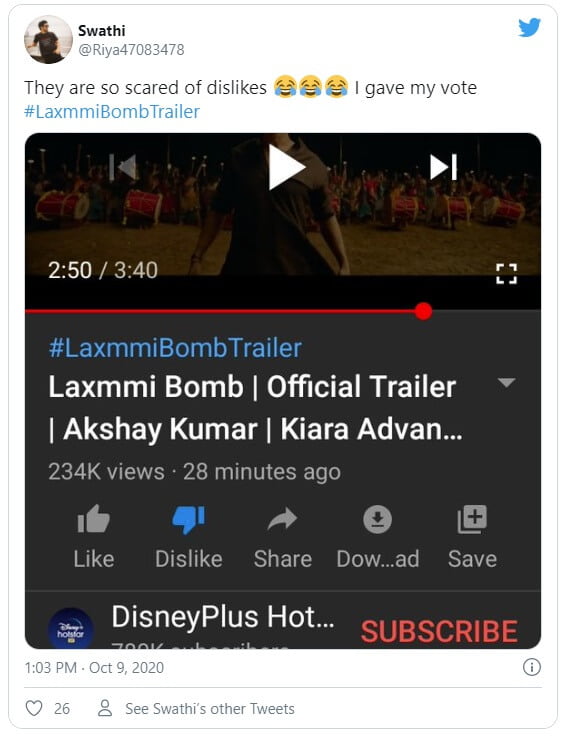 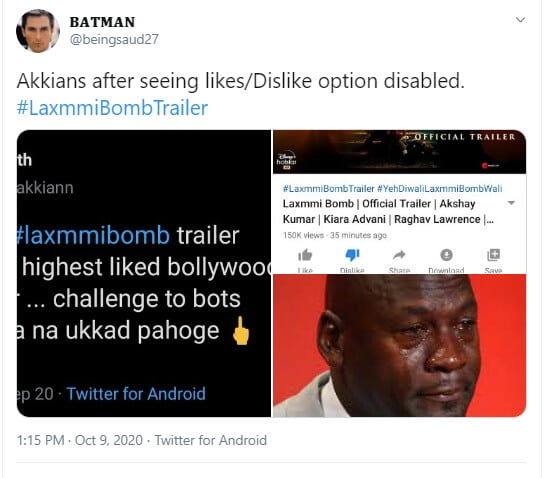 It is a little interesting to see how either Disney+Hotstar or Akshay Kumar, or whomever, clearly decided to turn off the like/dislike visibility.