Home Lifestyle A Petition To Change Islamabad’s Name To ‘Islamagood’ Getting 300 Signs Has... 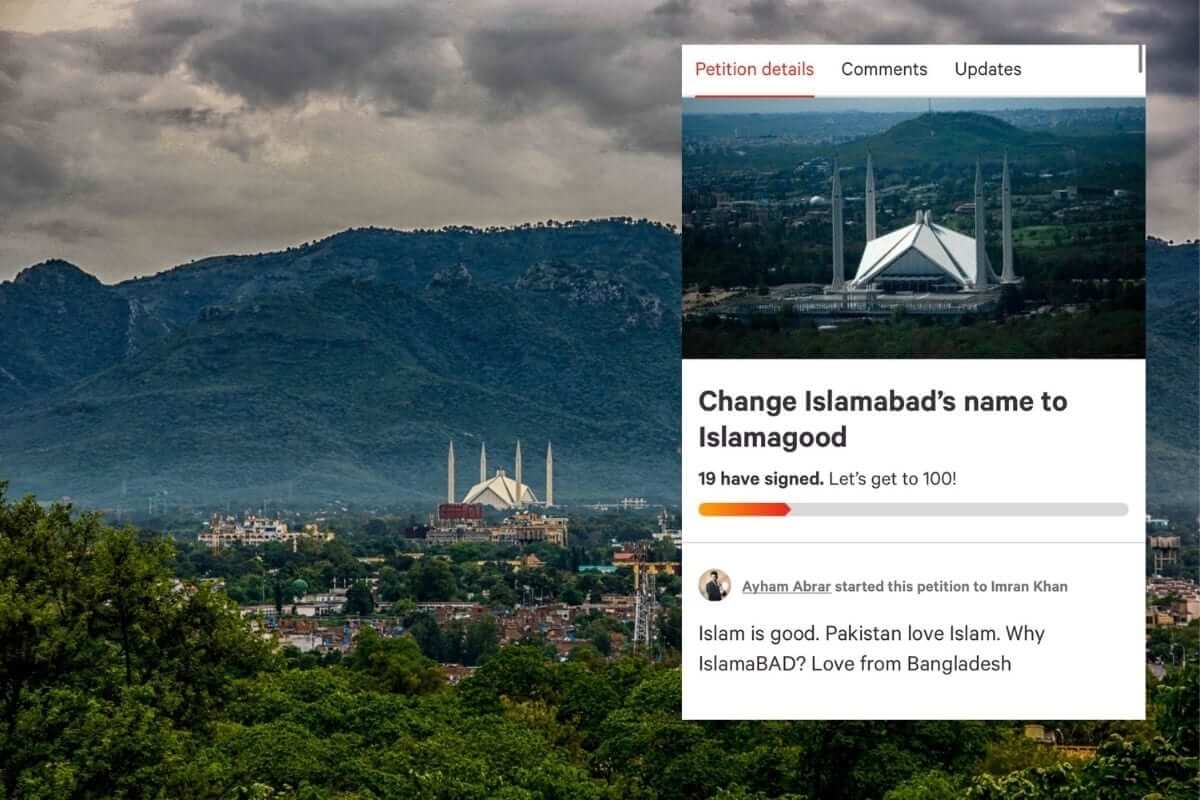 Changing a city’s name is nothing new to Indian people as in the recent past we have seen several places across the country, roads and more getting their names changed.

Allahabad in Uttar Pradesh became Prayagraj, Gurgaon of Haryana became Gurugram, Bangalore in Karnataka became Bengaluru and more such instances are all there for us to see.

So regions getting their names changed is not really a surprise. Several regions do this in order to shed some traumatic past like colonization or any other insulting or humiliating memory associated with it.

However, a recent petition to change Pakistan’s Islamabad’s name to ‘Islamagood’ has caught the attention of many, giving a nice reason to laugh over the absurd reasoning over it.

Why Is There A Petition To Change Islamabad’s Name?

The petition started on the website Change.org with the site being quite popular for easily starting a petition on practically any topic under the sun.

The petition was created by a man named Ayham Abrar who reportedly is said to come from Bangladesh.

In his petition description he wrote “Islam is good. Pakistan love Islam. Why IslamaBAD? Love from Bangladesh,” and wrote the title for it as “Change Islamabad’s name to Islamagood.”

Till now the petition has already received over 400 signatures and it is trying to get the attention of Pakistan’s Prime Minister, Imran Khan.

While many people had a good chuckle over this strange petition others pointed out the flaw in it all. The ‘bad’ in Islamabad is not the correct way to look at the word and doesn’t mean what bad means in the English language.

The correct breakage of the word is “Islam-abad” which is said to translate to the City of Islam. The name of the city is a compound word made up of the two Urdu words – Islam and Abad.

Where Islam is the religion itself, Abad roughly translates to location or place.

Some people spoke about how this was an extremely anglicized way of looking at the name and not everything should be looked at how it sounds in English.