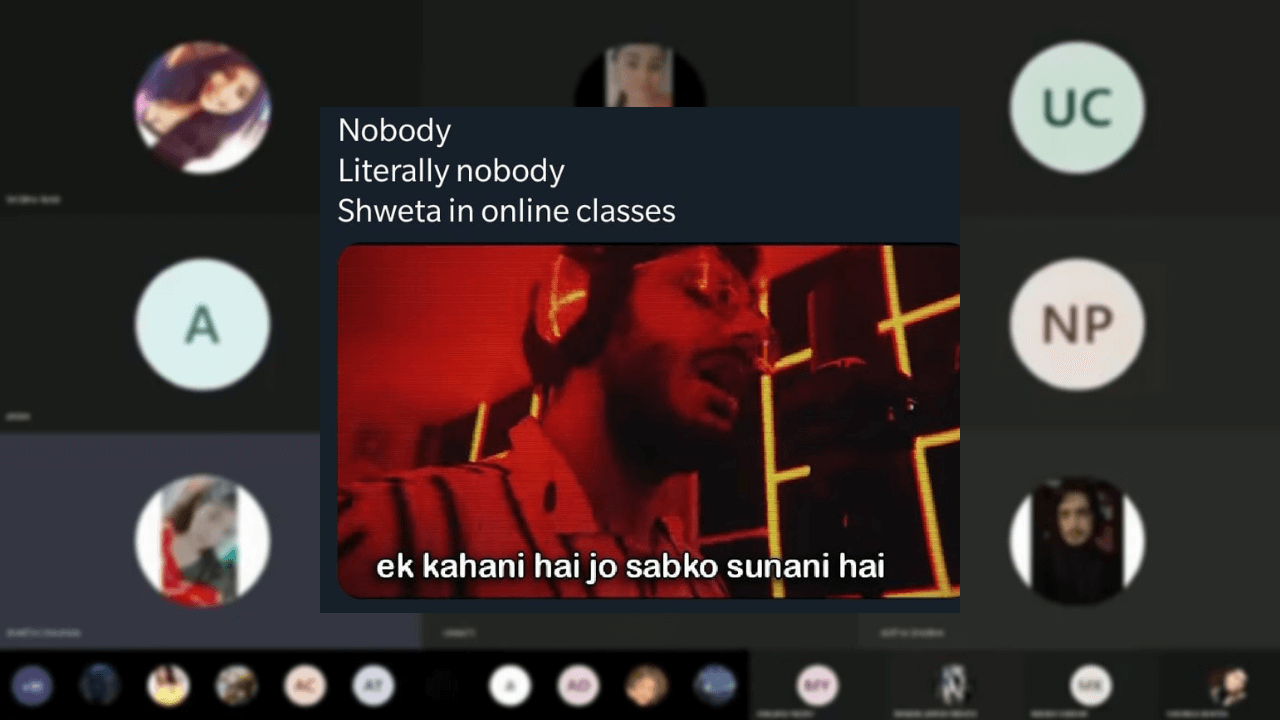 A girl named Shweta broke the Internet within a few hours after a screen recording of an online lecture got viral on Twitter. Soon after, all the social media platforms were full of memes on this online classroom mishap!

A Twitter account @callmesanyam shared a Microsoft meet video spanning two minutes twenty seconds, in which Shweta can be heard gossiping with her friend named Radhika about her friend.

“Shweta your mic is on” shouted her classmates but sadly Shweta had probably muted the meeting audio instead of her own. Even after her classmates continuously alerting her, she kept on narrating a story about her guy friend to Radhika and spilled some intriguing secrets.

Unfortunately for Shweta’s guy friend, the video got viral too soon and now has been viewed and reshared more than 50 thousand times.

What Was Shweta Talking About?

Shweta’s guy friend had called her and shared some intimate details about his relationship with her, she later shared the details to her friend on call while attending a lecture on the side…but little did she know that her mic was on.

“Mai possessive hojata hu apni girlfriend ko leke” said her friend as narrated by Shweta. The girlfriend in question was apparently a “sex addict” and was only using Shweta’s friend.

He eventually gave in to his girlfriend’s sexual desires because he was “crazy” about her. “Jab bhi milte the tabhi karte the” elucidated Shweta on a call with Radhika and 111 others.

The classroom fell silent when Shweta started telling the story, with few people crying out Shweta’s name while others joked about it. The meeting went on for long enough to become the greatest story of 2021 (stop with that sadistic laughter already)!

Also Read: What Is This Entire UP Police, Pawri Girl And Loud Party Chatter Online?

#Shweta Is Trending But The Pandit Is Crying

This might seem like a piece of irrelevant information but it is necessary to understand the memes. Thank me later. 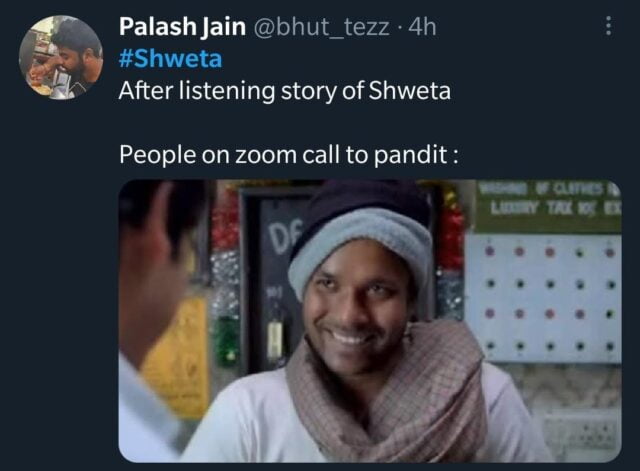 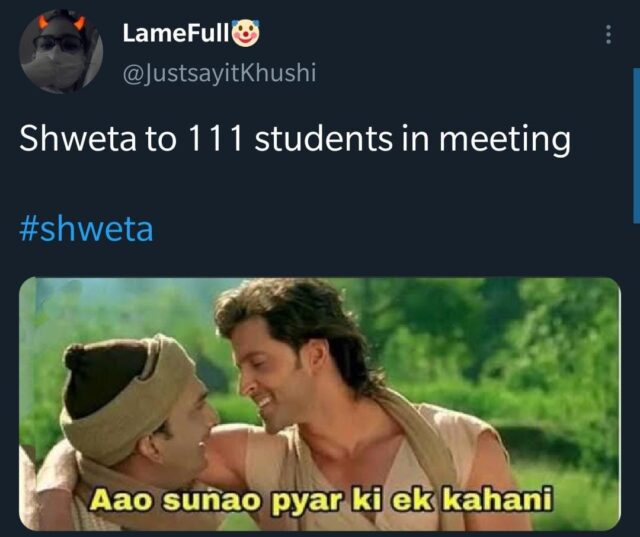 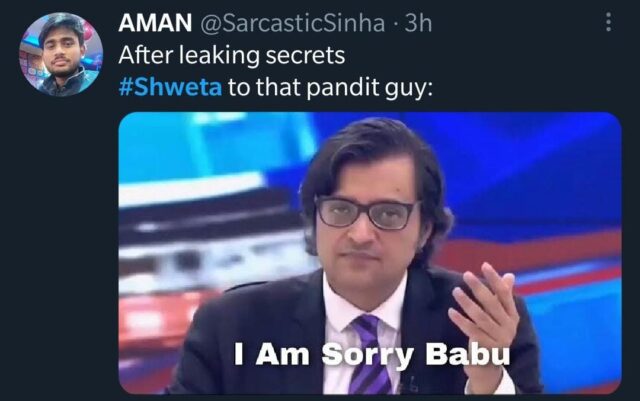 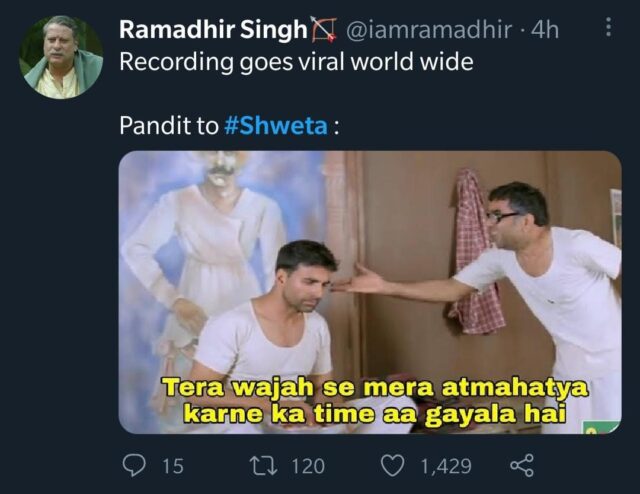 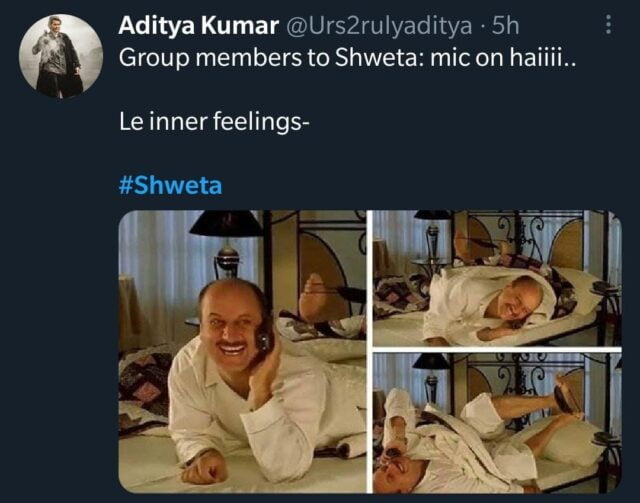 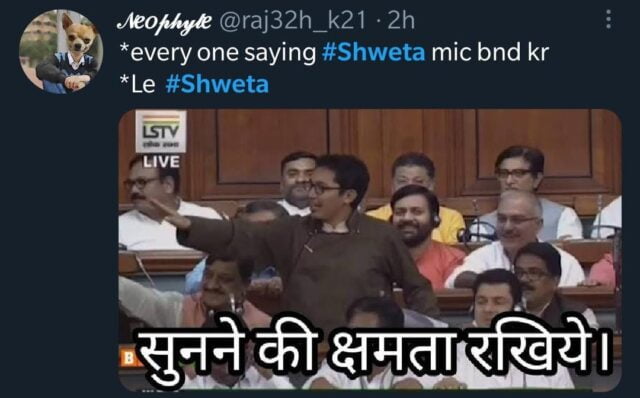 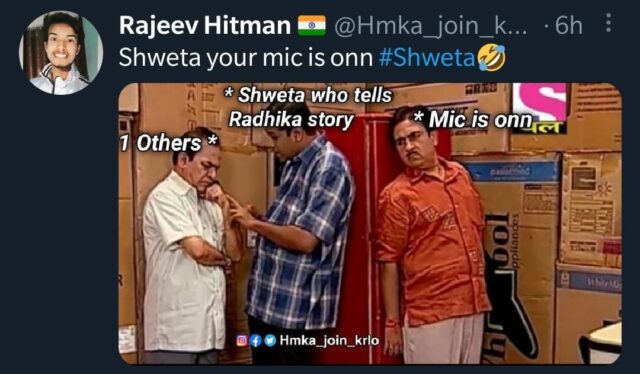 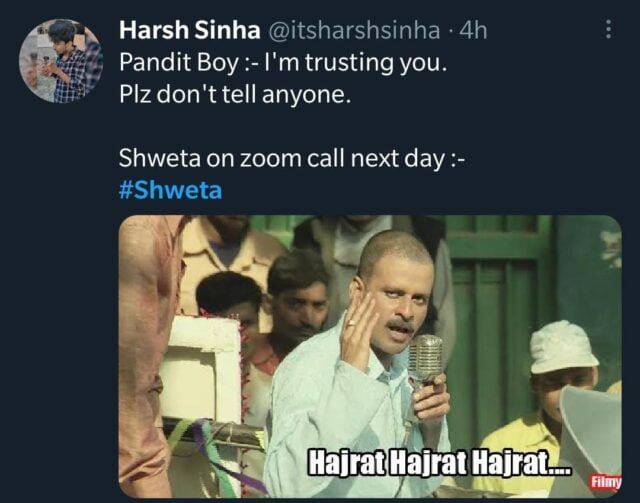 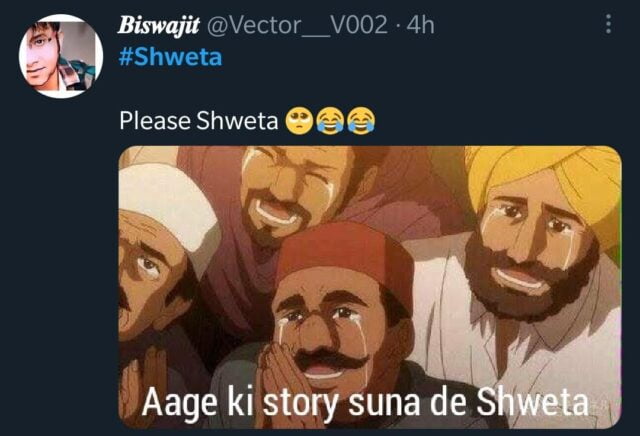 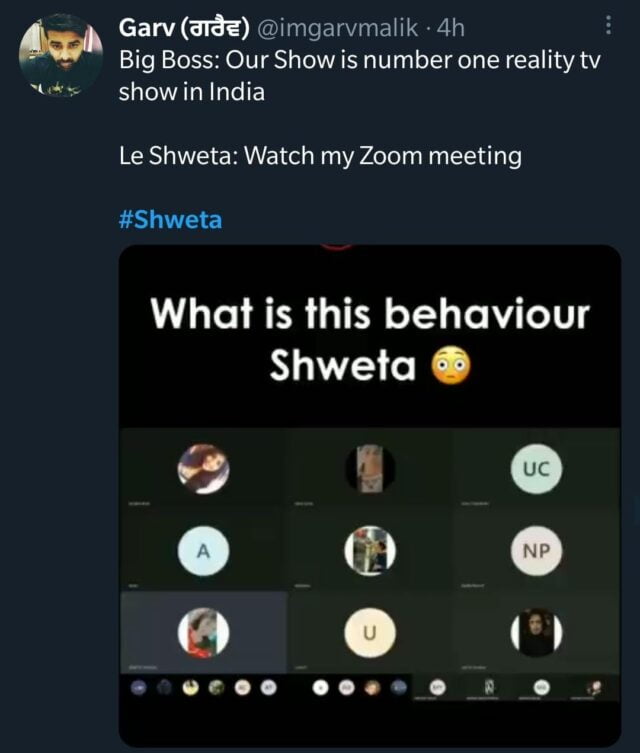 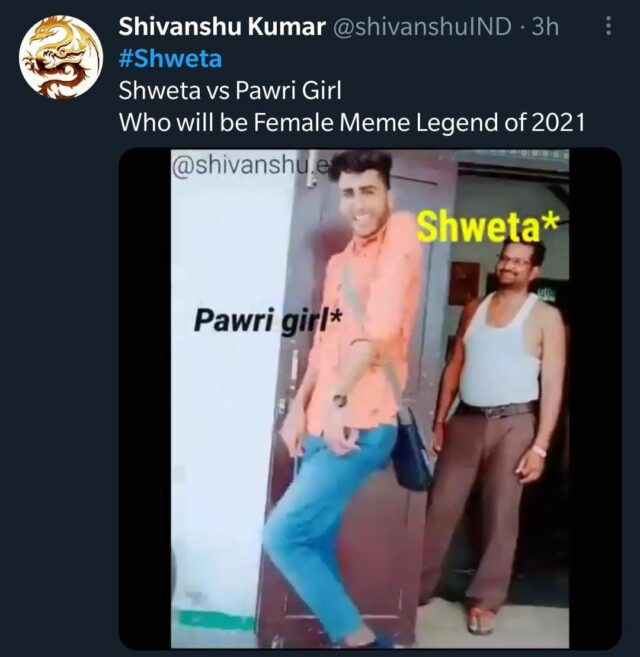 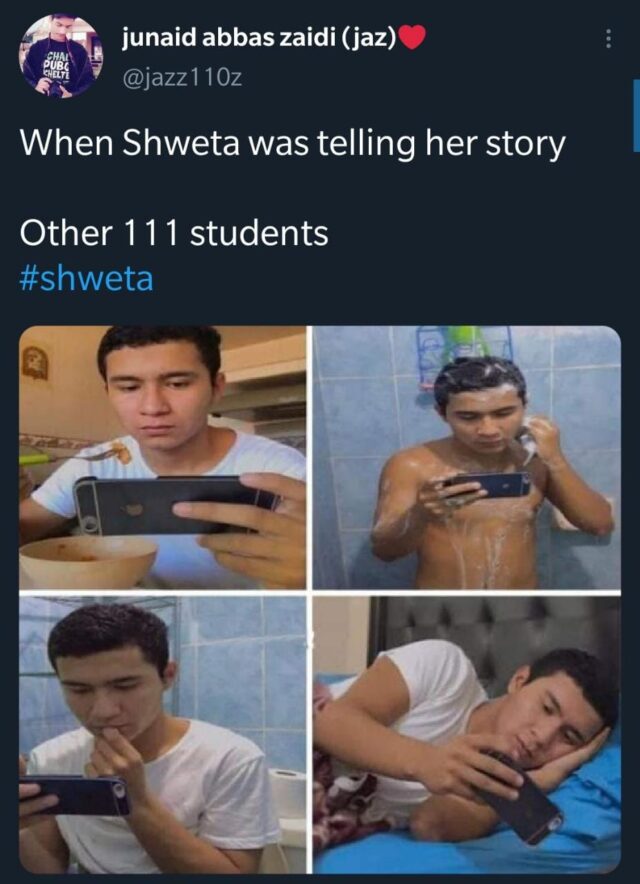 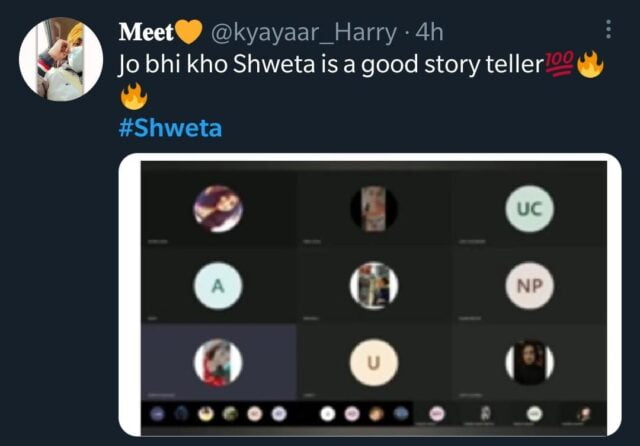 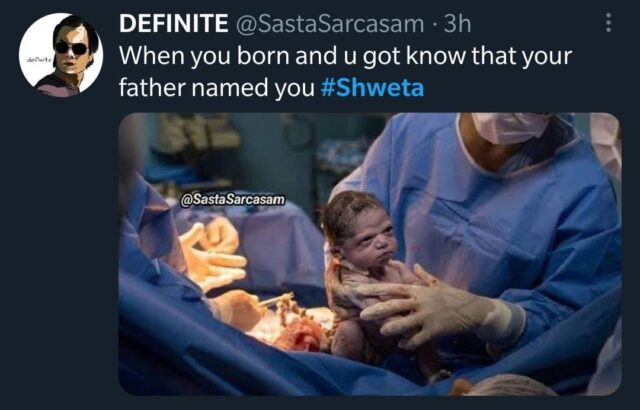 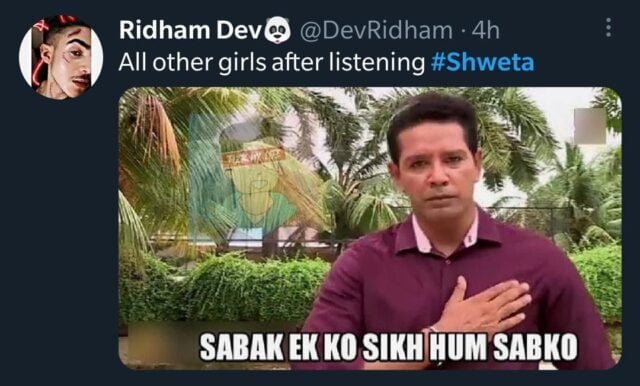 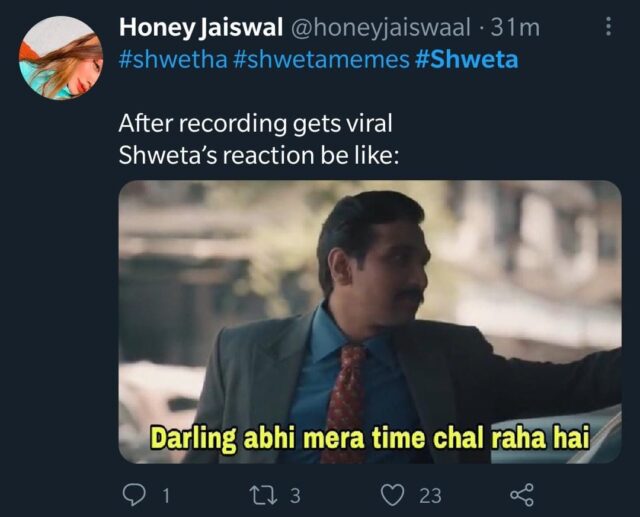 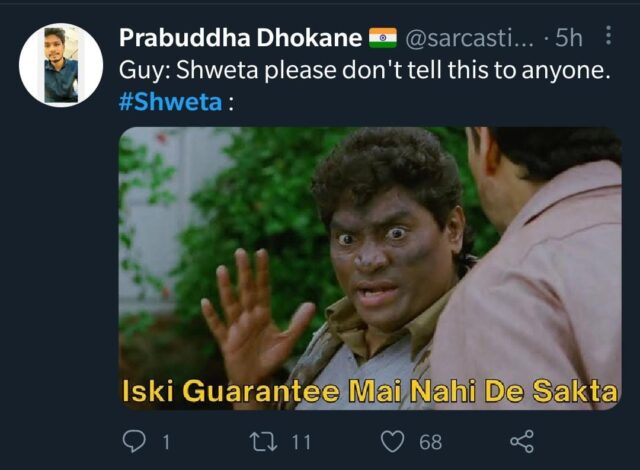 This incident has grabbed everybody’s attention and tons of memes are flooding every minute. Even pizza hut, the Momo Co., and other few brands have already used this story for advertisement.

Even though we were all left wanting more, this online classroom mishap gave us all a lesson. Always check if your video or mic is on during meetings otherwise it will be you trending next.