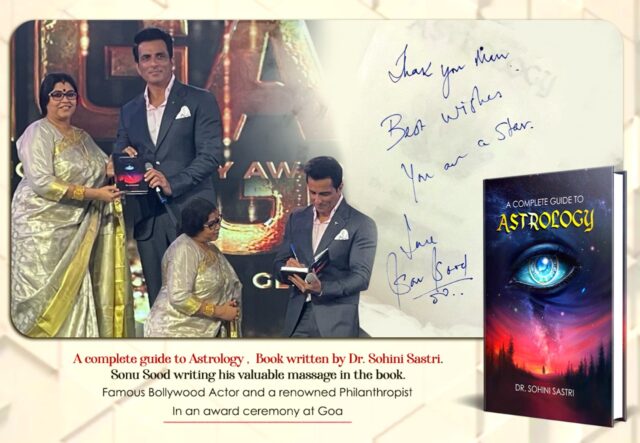 In Dr Sohini Sastri’s words, Indian astrology is an ancient and classy method of exploring the character of an individual’s time and space and its effect on the person.  Previously considered as a mystery but now recognize as a pseudoscience, astrology is now much clarified and explained by long-term practitioners. The book helps people understand the essence of astrology. Jyotish Shashtra commands and predicts information about human affairs considering the state of the cosmos. By studying the movements of celestial objects and then organize an appropriate response.

Jyotish shastra runs in the religious, physical, and psychological soul of India. Also, Indian astrology is as ancient as Vedas and the calculations are very clearly mention in the religious texts. However, most of the ancient Vedic astrology data have been misplacing, split, or partial. The astrologers’ community is working to recover the manuscripts as much as possible for the sake of future generations. Dr Sohini Sastri’s book is an outcome of such efforts. The book by Dr. Sohini Sastri, one of India’s finest astrologers, brings the insight and wisdom of astrology to the readers. The book talks about – “General Astrology” and “Predictive Astrology.”

Overview Of The Book

The book is a golden guide to both a practicing astrologer as well as to a passionate beginner. To quote Dr Shoma Chatterjee, a distinguished journalist, and author, “This is one book that must find and will find its place in the archives of history.”

for instance, every theory and opinion is well explained with relevant graphics, charts, tables, etc. Further, Dr. Sastri’s language and writing style are direct and easy to understand. The first half deals with how the zodiac, the horoscope, the yoga can impact their lives in its sole purpose. The second half of the guide offers insightful information in numerous areas of prediction i.e.

Counted among the top astrologers of India, Dr Sohini Sastri is famous for her precise predictions and operative remedy options. She has vast knowledge about the movement of celestial objects and their effect. Moreover, she has 15+ years of experience in Vedic astrology, palmistry, Vastu, etc. Dr Sohini Sastri is a KP astrologer.

Dr Sohini Sastri has been bestowed with 3 National Awards in astrology consecutively and is a recipient of D.Litt and a Doctorate. Additionally, the Kolkata-based astrologer has been adjudging as the best astrologer by top media houses In India. Her participation in social and charitable work makes her more eminent.

Bramha, aka Lokesh Latta: An inspiring and thrilling the world of music with his incredible talent

Vikash Kaser, a rising DJ and Music Producer, talks about what he learned from failures