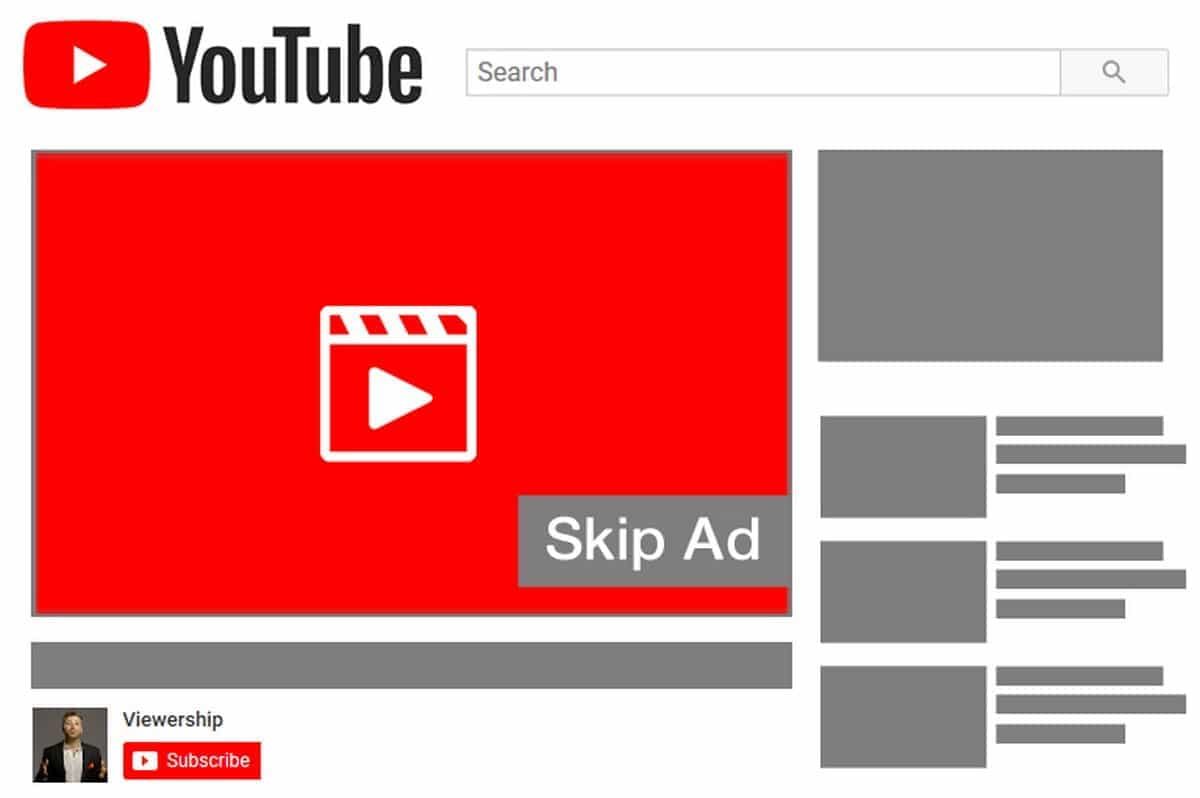 If you have noticed the increased amounts of ads in between every YouTube video and are wondering why is that happening, here is the reason.

Last week on Wednesday, YouTube announced an update in its Terms of Service. They will now be running advertisements in videos created by the users, even those who are not members of YouTube’s Partner Program, but they will not be distributing the revenue from those ads to the creators.

One reason to do this is to attract the users towards the premium membership, another is for greater revenue.

As a viewer, this means more ads for you, but for a small creator, the update has greater effects.

“Starting today, we’ll begin slowly rolling out ads on a limited number of videos from channels not in YPP. This means as a creator that’s not in YPP, you may see ads on some of your videos. Since you’re not currently in YPP, you won’t receive a share of the revenue from these ads, though you’ll still have the opportunity to apply for YPP as you normally would once you meet the eligibility requirements.”

What Is The Partner Program All About?

Most of the earnings of content creators and media companies are through ads, similarly YouTube channels earn money through advertisements in their videos.

YouTube’s Partner Program entitles them to the ad revenue.

But the catch is that only big creators with substantial following and influence on the platform can be members of YouTube’s Partner Program, which is fair considering the vast amount of channels on the platform.

As a member of the Partner Program, you receive a portion of the revenue generated from ads that play before or in between the videos.

People who seek to earn money through YouTube can get to earn a lot through ads and collaborations with brands. This keeps them in the business and YouTube becomes a career that allows them to give all their time and efforts to their content and support themselves simultaneously.

Earlier, creators had the option of opting to not show any ads because some creators think it disturbs the mood of their videos and makes their audience lose interest, and they could choose the kind of ads, those that go well with their content, before their videos.

Also Read: 10 Investments Every Young Adult Should Make In Their 20s

What Does The Update Entail For Creators?

The update means that now YouTube will display ads on smaller channels, which was not the case before, and because they aren’t a part of the Partner Program, they won’t be getting revenue from those ads.

In an update to its terms of service, YouTube said the ads in videos from smaller creators will only be displayed on a “limited number” of videos.

“You grant to YouTube the right to monetize your content […] (and such monetization may include displaying ads),” a company rep said in the announcement. “This agreement does not entitle you to any payments. (sic)”

Right now these Terms and Services are starting with the US and will be relevant to creators there, but within a year, this update will be applicable to all of the regions across the world.

“We’re rolling out these Terms of Service starting with the US, but they will be effective in all regions by the end of next year,”  read the statement.

The eligibility requirements for the Partner Program stay the same.

The creators who are new, or just starting to bloom on the platform will face the negative consequences of this update.

As they are new, the viewers are not familiar with their content, and with constant ads playing between their videos, the growth of the channel might get hindered, because nobody likes to see ads, and they might not have the patience to wait and see the video itself.

Creator Community Does Not Approve

Consider this, a small creator might generate a lot of views in a video but will still not get any money on the ads as they are not yet eligible for the Partner Program, on the other hand, YouTube will collect all the revenue generated by their views and will not have to pay them any dime.

Not to mention, their videos will be less appealing, and increased ads might harm their channel and hamper the chances of them becoming huge.

This move has been called exploitative and unfair, as YouTube will be earning a lot if they decide to advertise even a hundred videos from small creators.

Some creators choose to suspend ads, even smaller channels, for the sake of a pleasurable viewing experience, many YouTubers have been in the headlines for rejecting millions from ad deals.

But by forcing ads on their videos, YouTube is denying them the option of control over their videos.

Not surprisingly, the decision has received a lot of negative reactions and a huge blowback from YouTube’s creator community.

Even the prominent users have called the move “exploitative” and “predatory” on Twitter.

With the growing omnipresence of ads, YouTube has sorted a way to earn from them even more, but this leaves the creators in a more disadvantaged position. Not to mention, watching videos has become irritating with 3-4 ads popping up in the same video.

YouTube has always been a free platform for the users until the ‘premium membership’,  now if you don’t pay money to YouTube you will have to watch tons of ads before watching what you clicked for.

They will make money either way; it is a win-win for YouTube.