While all our Indian sports fan attention was focused elsewhere, Indian Shuttlers were doing us proud at home.

It all happened in the BWF Yonex Sunrise India Open that was held in New Delhi, India, from 24th to 29th March.

She also has an Olympic bronze to her name, and is the first Indian to win a Badminton medal at the prestigious event. Recently, she has been stunning everyone with her performance. Earlier this month she became the first Indian woman to reach the finals of the All England Open and with that, also became world number two.

But the show wasn’t quite over.

In the Women’s Singles category of the Indian Super Series, she advanced to the final while world number one Carolina Marin lost out in the semi-finals. With this, Nehwal created history by making it to the top of the Badminton rankings and becoming world number one! She is the first female Indian badminton player to achieve this absolutely remarkable feat. She recently turned 25, and what a way to bring in your birthday!

In the final, she faced Thailand’s Ratchanok Intanon. She easily won the game 21-16, 21-14, and clinched her maiden Indian Open Super Series final, and that too without dropping a game.

She became the first player to win the Super Series title at home. She played aggressively, took strong shots, moved fast on the court and generally looked fitter. Her game has been very impressive and the graph only upward since she has moved from Pullela Gopichand academy to Prakash Padukone Academy under Vimal Kumar.

Following her win another delight was lined-up for the spectators there as well as the fans across the country. Kadambi Srikanth was playing Denmark’s Viktor Axelsen in the Men’s Singles final. Although he dropped the first game 18-21, he bounced back and was quick to steal the second on 21-13.

In the third game, he was down 10-12, but came back to win 11 straight points and won his maiden Indian Open Super Series title. The final of the tournament was the same day as the Cricket World Cup final and although the India team didn’t make it to that, it ended up being a big day in the history of Indian sport nevertheless.

And a little further down the road, Rio Olympics 2016; maybe we can cross our fingers for a couple of gold medals? 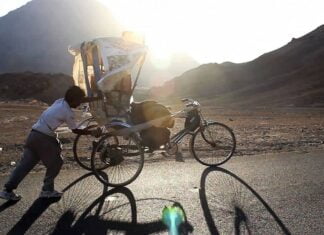