It is said that the family members of military men should be far more courageous than the men themselves. I believe that is very true. You don’t know where your loved one is, if he is alive or not, and you don’t get to see them for months. And sometimes, they come back wrapped in the tricolour.

But the tradition of service has been of the highest order in India. We have one of the largest voluntary forces in the world.

Women In The Service

After a long fight, several women in uniform were granted permanent commission in the Indian Army. Today, you will find men and women working shoulder to shoulder guarding this country.

About a year ago, I wrote an article on the first lady Cobra Commando, Usha Kiran, who broke stereotypes that being a commando is only for men. And since then, I’ve come across several other stories. Stories that will give you chills.

A few days ago, the wife of late Squadron Leader Samir Abrol passed out of the Air Force Academy as Flying Officer Garima Abrol. Sq. Ldr. Abrol had lost his life along with a fellow officer Sq. Ldr. Siddhartha Negi, in a Mirage 2000 trainer acceptance sortie.

One has to go through the Services Selection Board to be recommended to the armed forces for the grant of commission. Flying Officer Garima cleared it and this picture will show you how proud she is. 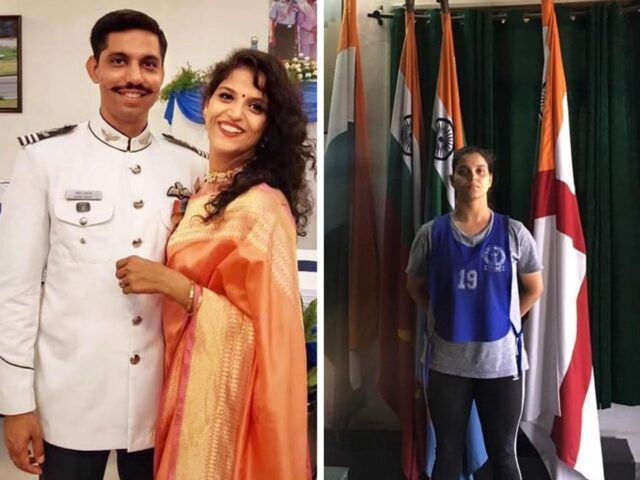 If you are amazed by that, here are some other such stories.

Most of our casualties come from areas like Jammu and Kashmir where men in uniform fight insurgents day and night. One such officer who laid down his life to protect the country at Kupwara in 2015 was Colonel Santosh Mahadik.

Now, Lieutenant Swati Mahadik, wife of Col. Mahadik and a mother of two children, is serving proudly in the same uniform that her brave husband did. 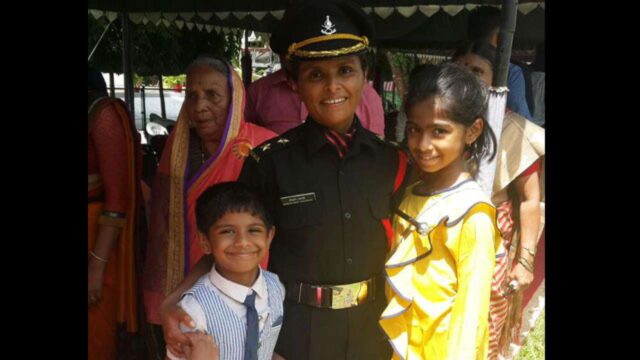 We mostly hear about wives of officers continuing this tradition of service. But here’s Lieutenant Nidhi Dubey, Naik Mukesh Dubey’s wife who achieved the same feat.

Naik Dubey was a soldier in the Indian Army. After losing her husband to a cardiac arrest, she faced hardships one cannot imagine going through. 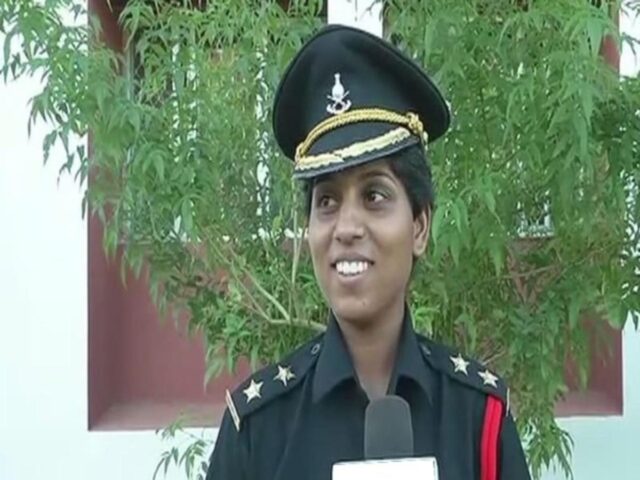 If 2020 started with the coronavirus taking over the world for you, for defence aspirants like me, it started with an inspirational story of Lt. Gauri Mahadik, wife of late Major Prasad Mahadik.

Major Prasad died in a fire at his camp in Tawang in December 2017. A couple of years later, his wife proudly donned the same uniform and continued his legacy. They had got married in 2015. 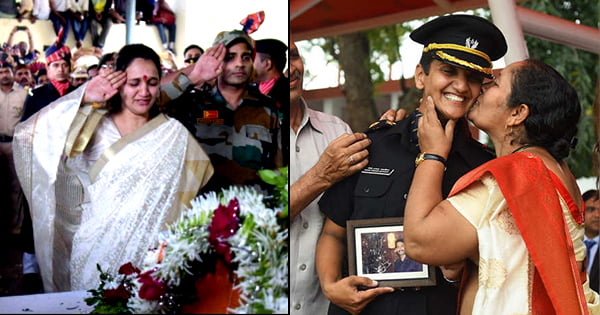 Nation first, always and every time – such values uphold the traditions of service in Indian families where widows pick up rifles and wear their husbands’ uniforms to service the country, going against all odds in a society that looks down upon widows doing anything good in life.

As long as such morals are alive, I believe, the people of this country can go to sleep peacefully every night, knowing they are protected. This article does not cover all of these brave women. There are many more lady officers on the same path, showing what the Indian Nari Shakti is all about.

Sources: India Today, Times of India, She The People