9.30 PM, Mumbai: CST Station, Oberoi Hotel, Taj Hotel and a few other places are attacked simultaneously. Blasts and gun-fire are heard everywhere and Mumbai is under siege.

11 PM: By now, CM Vilasrao Deshmukh, who is in Kerala, has been briefed and he has called J K Dutt, NSG Chief. Dutt is ordered to send 200 men to tackle the situation.

2 AM: The only military plane that can carry these men is in Chandigarh, hundreds of kilometres away from NSG base. It reaches Delhi by 2 AM.

5 AM: IL 76 carrying the NSG men lands at Mumbai Airport.

6.05 AM: A bus takes these men to the briefing location and they are ready for the mission.

This story of the National Security Guard being almost 10 hours late to the biggest terrorist attack on Indian soil should be an eye-opener for all of us. There are several internal threats to our nation’s security that need to be dealt with first in order for us to be effective in dealing with the external ones.

In this article, I will attempt to blasphemously call out all these internal demons but I know I will be able to say very little, regardless of the generous extension of the word limit. The problem is that grave.

Politicians And Their Pass-Time Comments

It seems like most politicians in this country know absolutely nothing about what they’re saying on social media or some nationally recognized news channel.

All of you who hate on Rahul Gandhi for saying senseless crap most of the time might want to know that Nawab Malik, Maharashtra Cabinet Minister, says India, Pakistan and Bangladesh should be merged into one country by the BJP. I’m just going to leave that there.

Mind you, I’m not an Islamophobic person, nor am I a Hindu communist. But I’m definitely an anti-senseless-comments-by-politicians kind of a person. The reason behind that is the fact that ministers saying stuff that gets them publicity usually stirs up outrage and confusion in the common man’s mind.

If the people of this country are not united as one, are confused and are not sure of what is really happening because of some politician who decides to take a walk in the media-park, the security of this country will be at stake all the time.

Also Read: Back In Time: Officer Hemant Karkare Sacrificed His Life In The Mumbai Attacks 12 Years Ago Today

Why do we have all NSG men stationed at the capital only? Every state should have such a high-level commando force to tackle such issues. It’s almost like the aliens attacking only America. 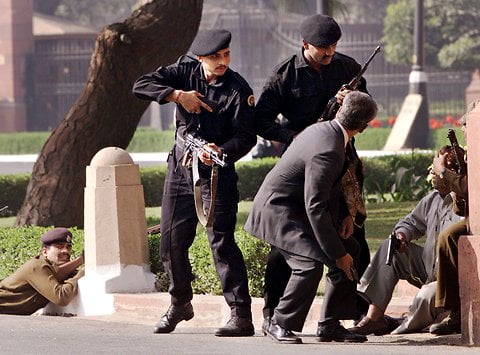 Terrorist attacks can happen anywhere in the country and there’s no point in having to wait hours before we can begin handling the situation.

Security experts say that 30 minutes is the time limit before which defensive positions need to be taken otherwise the offenders can take up stronger positions.

The British did this to us. Every single time they saw us beginning to be united, they sought dirty ways of dividing us. Easiest of them was the religious divide.

There is a never-ending streak of riots and bloodshed between different religions in India. This is one of the biggest internal threats to our nation and it endangers society as a whole. 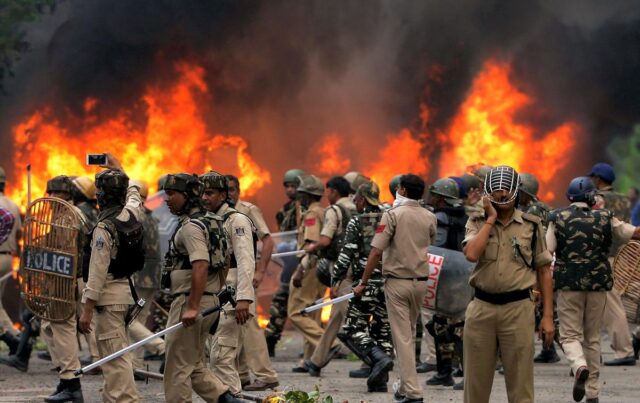 Let me just say this – the issue of Kashmir has been degrading every year and that is purely because of politics. If things calm down there, politicians will lose their jobs and probably their only hobby too.

If I say anything more about this, I’ll be called anti-Indian or an Islamophobe. So I’ll just stop here.

As I said, there is so much to say, but only very little can be said in a single article. If we want to fight terrorism, smuggling, and other external threats to this country, we need to identify, plan and strategically eliminate internal threats first.

Sources: The Hindu, IDSA, The Pioneer