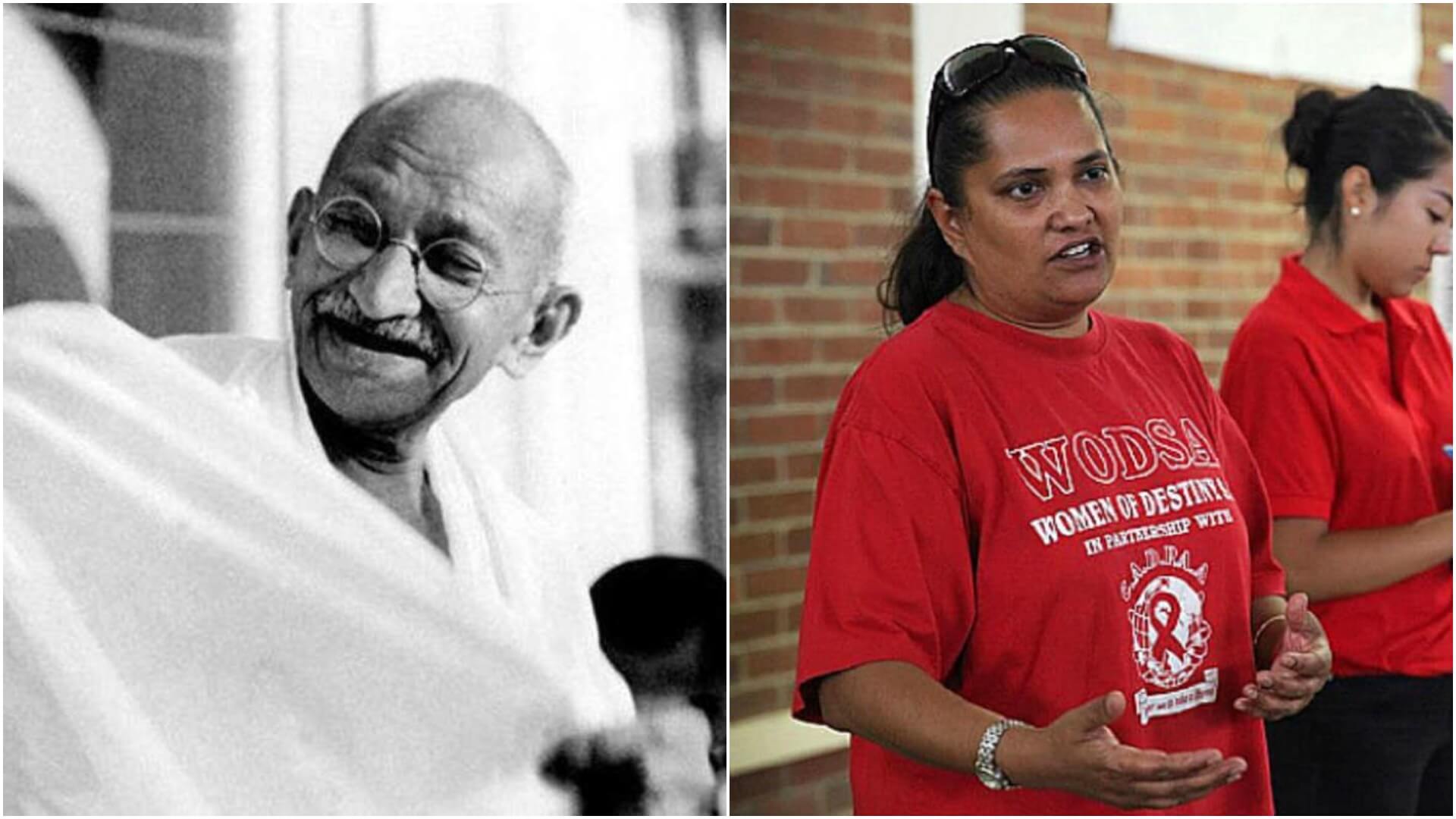 Mahatma Gandhi is embedded in Indian history as one of the most important figures for the country and its people. His contribution to the Indian Independence movement completely changed the course of events. People laud his character and the good deeds that he did during his lifetime. So it was certainly quite jarring to hear that his great-granddaughter has been arrested for a fraud and forgery case.

Ashish Lata Ramgobin, Mahatma Gandhi’s great-granddaughter was accused of defrauding six million rands from a businessman and yesterday was found guilty for it too.

On Monday, Ashish Lata Ramgobin, the great-granddaughter of Mahatma Gandhi, was found guilty by a Durban court in South Africa. The daughter of rights activist Ela Gandhi and late Mewa Ramgobind had been accused by businessman SR Maharaj of committing a fraud of R6.2 million (Rs 3.22 crore) against him.

According to reports, Lata Ramgobin had spoken with Maharaj in August of 2015. Maharaj was the director of the New Africa Alliance Footwear Distributors. The accusation was that she took this money from him to, as per reports, clear Customs and import duties for a non-existent consignment coming from India. Maharaj has reportedly also said that he was promised a cut from the profits.

The case was filed in 2015 and now in the court’s verdict has been found guilty and sentenced to a prison time of seven years.

As per Brigadier Hangwani Mulaudzi of the National Prosecuting Authority (NPA), Lata Ramgobin defrauded investors and clients by showing forged documents and invoices of three containers of linen being shipped from India to South Africa.

Read More: What Would Have Happened If Mahatma Gandhi Weren’t There?

This is what Lata Ramgobin also did with Maharaj, whose company is involved in the import and manufacture/sale of clothing, footwear, and linen. Maharaj also provides capital to certain companies on a profit-share basis.

Lata Ramgobin approached Maharaj by saying that she had three imported containers of linen coming in from India for the South African Hospital Group NetCare.

NPA spokesperson Natasha Kara reportedly said that Lata Ramgobin told the accuser that, “She said she was experiencing financial difficulties to pay for import costs and customs and she needed the money to clear the goods at the harbour.”

Kara also stated that, “She advised him (Maharaj) that she needed R6.2 million. To convince him, she showed him what she claimed was a signed purchase order for the goods. Later that month, she sent him what seemed to be a NetCare invoice and delivery note as proof that the goods were delivered and payment was imminent.”

To show him proof, Ramgobin also presented a confirmation on how payment for the consignment had been made by NetCare’s bank account.

Based on this and also Ramgobin’s family and reputation, Maharaj decided to sign a written agreement with her for a loan of that amount.

Maharaj, however, later on, found that the documents were fake and NetCare had no association with Lata Ramgobin. Post this, he immediately filed a criminal case against her.

During that time though Ramgobin managed to get out on a bail of 50,000 rands, but this time the court did not grant her permission to appeal either the conviction or the sentence by the Durban Specialised Commercial Crime Court.

Prior to this, Ramgobin was an active rights activist and had also founded the Participative Development Initiative at NGO International Centre for Non-Violence for which she was executive director. Her target areas were environmental, social, and political interests.