Former Miss India and Miss World, Priyanka Chopra is not afraid of challenges. In her book Unfinished, she wrote how she often chose unconventional things, and those worked out the best for her. But, it seems that her new project is not going to be one of those.

Priyanka Chopra, along with Usher and Julliane Hough, would host a reality TV show called The Activist, brought to you by CBS.

The Activist is a competition between six aspiring activists, divided in 3 teams that would work with three high-profile public figures to bring meaningful change to one of three causes: health, education, and environment.

“The three teams have one ultimate goal: to create impactful movements that amplify their message, drive action, and advance them to the G20 Summit in Rome, Italy. There, they will meet with world leaders in the hope of securing funding and awareness for their causes,” reports The Deadline.

It has been made by Global Citizen, the website that makes people sign petitions to attend a concert.

The first episode of the series is set to release on 22nd October 2021. However, it has received enormous backlash and criticism for its plot, even before its release. 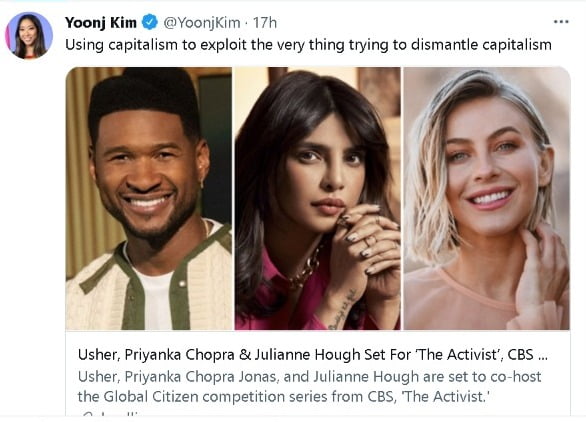 Read More: Priyanka Chopra Opens Up About Negativity She Received From ‘Her Own Community’ 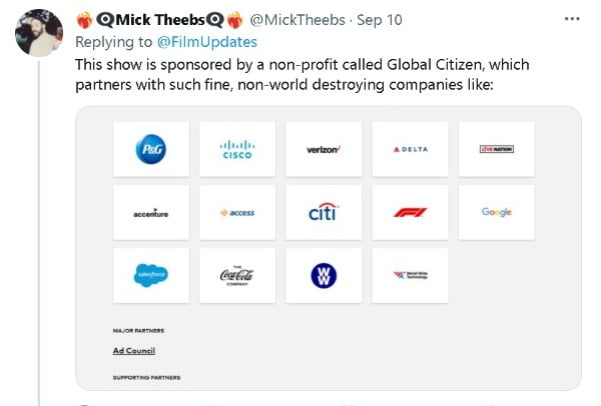 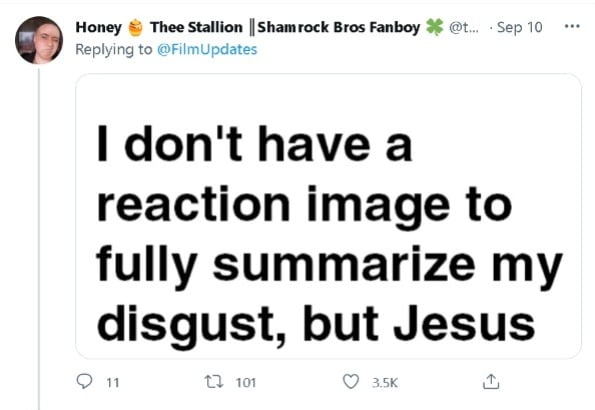 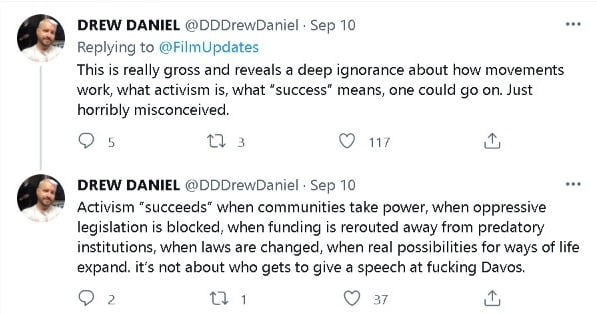 People criticized Priyanka Chopra for being associated with this show. 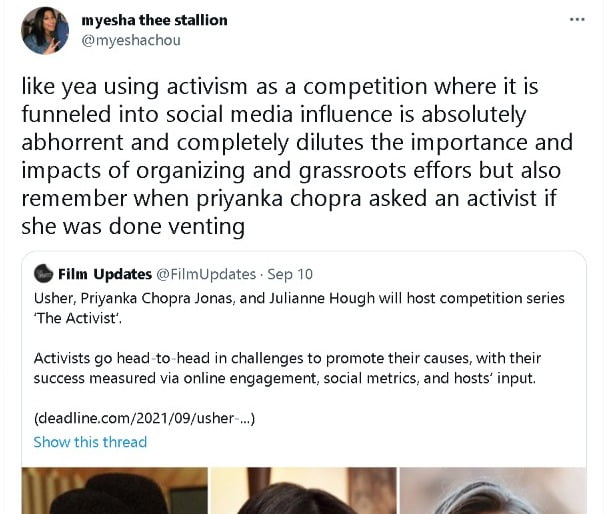 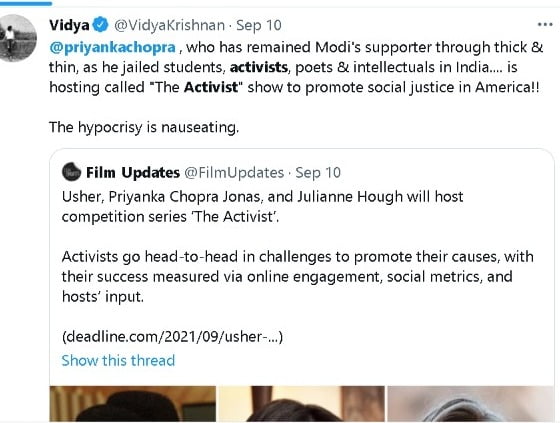 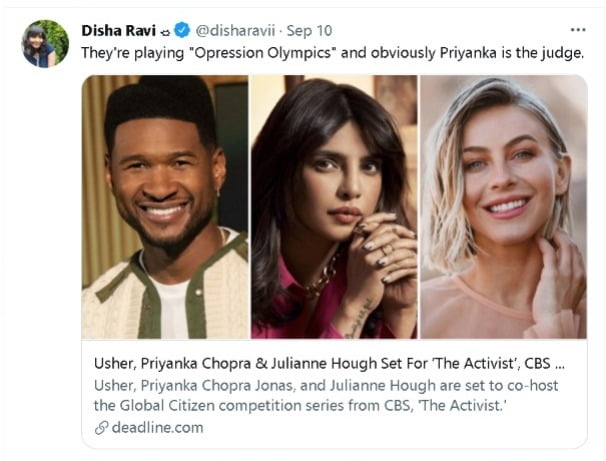 What do you think about this concept? Is it a good idea to telecast a show about activism in this manner? Let us know in the comments section below.