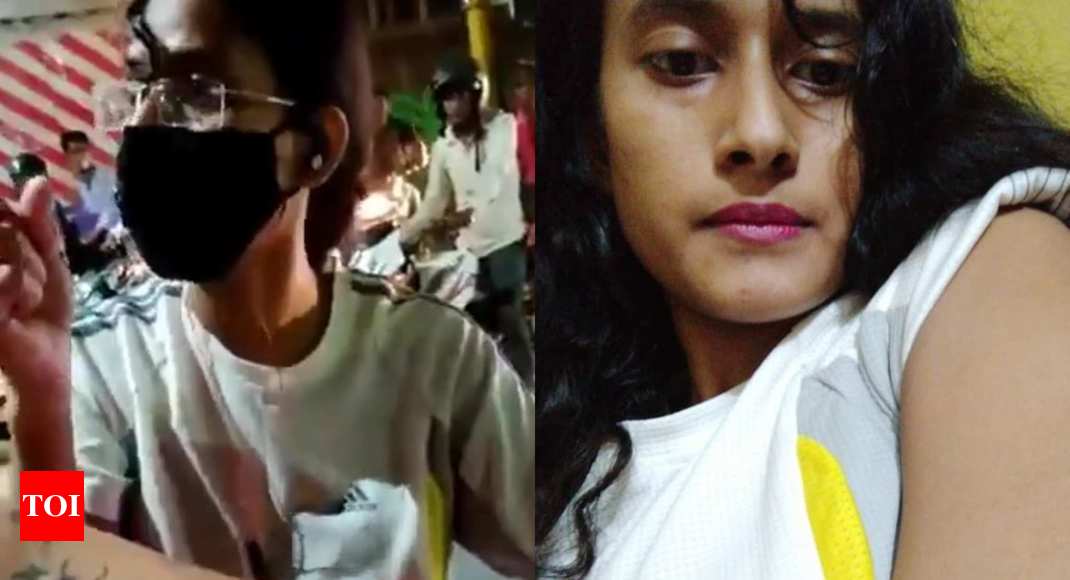 A video is being shared widely on social media, where a young girl is seen repeatedly beating a cab driver. This incident took place on the busy street of Lucknow.

The reason for this violent lash-out was that the girl alleged that she was hit by the cab while she was crossing the road.

However, in the CCTV footage, it is as clear as day that she was not hit by the vehicle and the driver had stopped the car just in time before it could have hit her. In fact, she was the one who simply just stopped walking and stood in the middle of the road.

This incident took place on July 30 at the Kesari Kheda traffic crossing in Lucknow’s Krishna Nagar area. This 2-minute long video has gone viral on Twitter, creating a social outrage against the girl, whose identity is yet to be confirmed.

Also Read: We Indians Don’t Know & Understand Our Own Culture And It’s Sad

What pissed people off was her behavior. She not only drags him out of the car but also goes to the extent of slapping that cab driver 22 times.

She also broke his phone, which was absolutely not needed, for misbehaving with her. Where in reality all he did was ask why she was doing all this and demanded help from the bystanders and asked for a lady constable.

This Lucknow girl, in her rage of fit, even got violent with another guy who tried to help the cab driver. People recording the video could be heard calling her an ill-mannered woman.

At a certain point, a policeman is seen intervening and trying to separate the woman by escorting her to the side of the road, but after a while, she comes back with full force to continue with her brutality.

The cab driver identified as Sadat Ali Siddiqui said that both of them were taken to the police station, and the funny part is that an FIR was lodged against him based on the girl’s complaint. And he was even kept in the lock-up for 24 hours.

The outrage that this sparked on all social media handles is remarkable. People were demanding justice for him and an arrest for this Lucknow girl. They even accused her of fake feminism and playing the victim card. They sympathized with the guy.

One person tweeted: “Hope there is no leniency shown because of gender. This was an unwarranted, unprovoked act. Kudos to the guy for showing restraint. That must have been very hard.” Everyone has the right to receive equal justice.

This is obviously not the first time something like this is taking place in Indian society (remember the Zomato Delivery incident). With all the #ArrestTheLucknowGirl trending, police have taken action against this and have lodged a complaint against the girl and the cop that registered the wrong case.