Unlike a typical cycle-rickshaw driver that you may find on the streets of Kolkata, Satyen Das is a man on a mission to raise awareness about the necessity of environmental protection and the preservation of the world.

His Mission- “Save Water, Save Nature, Save The Planet”

Satyen, who began his three-month tour on Sunday, revealed his travel motto: Global Warming- Save Water, Save Nature, Save Earth. Tapash Chatterjee, a TMC MLA, waved him off on his journey to Siachen, currently a part of Ladakh, from Bablatala, Kolkata.

He is also carrying 1,000 masks on his journey to Siachen in order to give them to the locals and create awareness about the necessity of wearing masks in the pandemic. 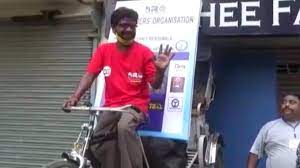 Also Read: FlippED: Are Activists Like Malala And Greta Overhyped?

I also brought 5,000 date palm seeds with me and planted them along the roadway. This time, I’m going through Manali and returning via Srinagar with the message, Global Warming- ‘Save Water’, ‘Save Nature’, ‘Save Earth’,” Das stated.

“I’m also bringing a thousand masks to hand out to the public. I will ask them to wear the mask for their own and the family’s protection. Willpower is the most powerful strength, and it is inside every one of us.

It will take three months to reach the border of Siachen. I’m going to return on my cycle rickshaw. I’ll pass by Manali and return through Srinagar”, he added.

Satyen’s trip to the highlands in a rickshaw isn’t his first. He had previously traveled to Ladakh, and a documentary film produced by Indrani Chakraborty titled “Ladakh Chale Rickshawala” depicting his journey to Ladakh from Kolkata was released in February 2019.

This 64-minute documentary follows Satyen, a 44-year-old man, as he embarks on a 65-day trek to Ladakh and travels over 3,000 kilometers in a cycle-rickshaw in 2014. 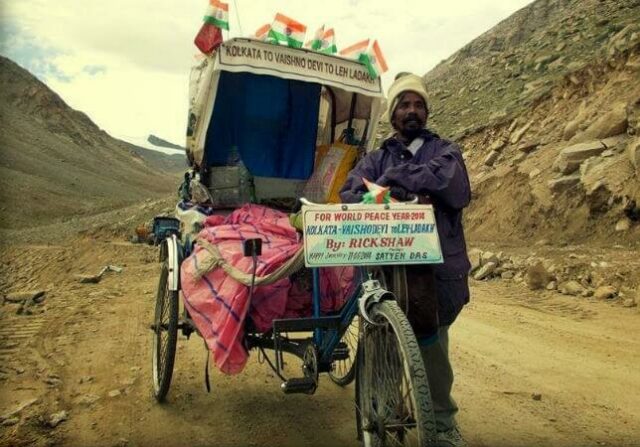 An experience in 1993, when he was unable to travel to Puri since he did not have enough money and had to reach the location on his bicycle, inspired him even more to travel.

This event developed in him an insatiable desire for wanderlust and adventure, as well as the stamina and bravery to complete all excursions and the capacity to capture his adventures on film using a Handycam.

He has had wonderful journeys to Puri and many other destinations in North India, but Ladakh is his ultimate destination. He had always wanted to ride his rickshaw to Ladakh, and finally, his dreams are coming true.

This film was also awarded as the Best Exploration/Adventure Film at the National Film Awards. 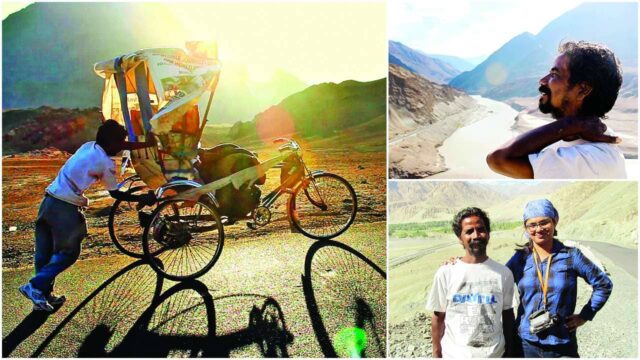 Das stated that his major goal in completing this tour was to promote the cycle rickshaw as an environmentally sustainable mode of transportation. It is also intended to inspire others to be as daring as he is and to remain inspired to embark on such journeys.

Finally, it’s all about the voyage and the unforgettable experience that will live on in your memory for the rest of your life.

ResearchED: Sexual Violence And Climate Crisis Are Linked To Each Other, This Is How