The entire country has been on fire since then. The implementation of the National Registration of Citizenship (NRC) along with the introduction of CAA is a deadly combination subtly affecting the Muslim minority and is a direct attack on the secular nature of our country.

Understanding the graveness of the situation, the students of the country have come together to raise their voice against this ‘unconstitutional bill’ and protests have been taking place all over. Not only this, these protests have picked up great momentum and the CAA is international news now.

Everybody is talking about the same and the government has been trying to suppress the situation by internet shutdown, article 144, police brutality, etc.

While the entire nation is outraged over such a bill, another controversial bill named the Data Protection Bill has been tabled in the parliament recently. 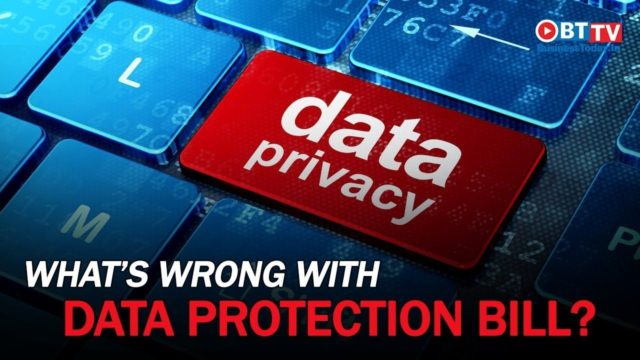 Amidst the ongoing chaos, people are not paying heed to the newly introduced bill.

However, the bill is like no ordinary bill and is going to affect every Indian citizen as it is proposed with a right to an individual’s privacy breach.

All About The Bill

The Data Protection Bill was introduced in Lok Sabha by Ravi Shankar Prasad, Minister of Electronics and Information Technology on 11th December 2019.

The objective of the bill is to ‘provide for the protection of personal data of individuals, and establishes a Data Protection Authority for the same.’

Further, it categorizes an individual’s data into types;

Under this bill, the government gets full control of our data and it will set up a ‘data fiduciary’ for the collection and limitation of data.

Also Read: Masterclass On The Art Of Deflecting Attention On Burning Issues By Smriti Irani

According to the PRS Legislative Research, “the bill will set up a data protection authority that can take steps to protect the interests of individuals, prevent misuse of personal data, and ensure compliance with the Bill.”

In layman terms, the bill has officially mentioned clauses that assure data security to an individual but in a hypothetical way as the bill offers to give full control of data to the government in case it is “satisfied that it is necessary or expedient” for purposes such as “preventing incitement to the commission of any cognizable offense.”

In practicality, your government is keeping a check on all your activities all the time.

Why Is It Shady?

The bill is super complex as it not only expands the regulatory power of the state but also presents our data at their discretion. It comes with the threat of invading into an individual’s personal life and manipulating the same in name of investigation and regulation purposes.

‘Data Protection Bill 2019’ gives Govt license to ‘legally’ break wall of privacy created by SC as it can use our data for prevention of any crime, journalistic purposes, domestic purposes without providing specific guidelines -Legalised Data Snatching https://t.co/bOypXqcb0e

Not only this, the bill was to be first presented before the Parliament’s Standing Committee headed by Congress leader Shashi Tharoor, as per the normal procedure followed for an IT bill.

Whereas, this bill was by-passed by the Standing Committee and a new Joint Parliamentary Committee was formed which will entertain the hearings on the bill separately. Such a move is not only alarming but also questions the transparency of the bill and the government’s intent behind the same.

The fact that the bill has been passed on in a secretive way without any public consultation is itself speaking of its controversial nature.

The bill is not yet a law but is still a worrisome issue as it doesn’t seem to be a good move in terms of both the citizens’ and nation’s interest.

Such an act will give access to a humongous amount of data and storing the same is an extremely expensive venture which will be a laid on the country’s finances. Moreover, the bigger threat of misusing the same lingers perpetually. And what about personal vendetta? The government is already famous for being intolerant and carrying out witch hunts over people or voices of dissent. Will it not be highly misused to suppress anything and everything which doesn’t go in their favour?

The complexity of the bill leaves the ordinary people in a pool of sheer confusion. But it’s alarming as it raises bigger questions like-

Does an individual get the ownership and exclusiveness of his data under this bill or it’s all breached?

Does the bill assure it won’t use our data for its interest and political manipulation?

Is it assured that the citizens won’t be snooped, stalked or profiled for the government’s benefit?

Justifying the same, the government talks about cheap data access and intents it to use to increase economic development.

Let’s see if the bill succeeds in maintaining the integrity of the government by keeping a balance between private profit and inadvertent surveillance or not?

As A Delhi Student, Here’s What I Think Of The Jamia Millia Islamia Protest Against The Amended Citizenship Act In The Capital