Home Campus As A Delhi Student, Here’s What I Think Of The Jamia Millia... 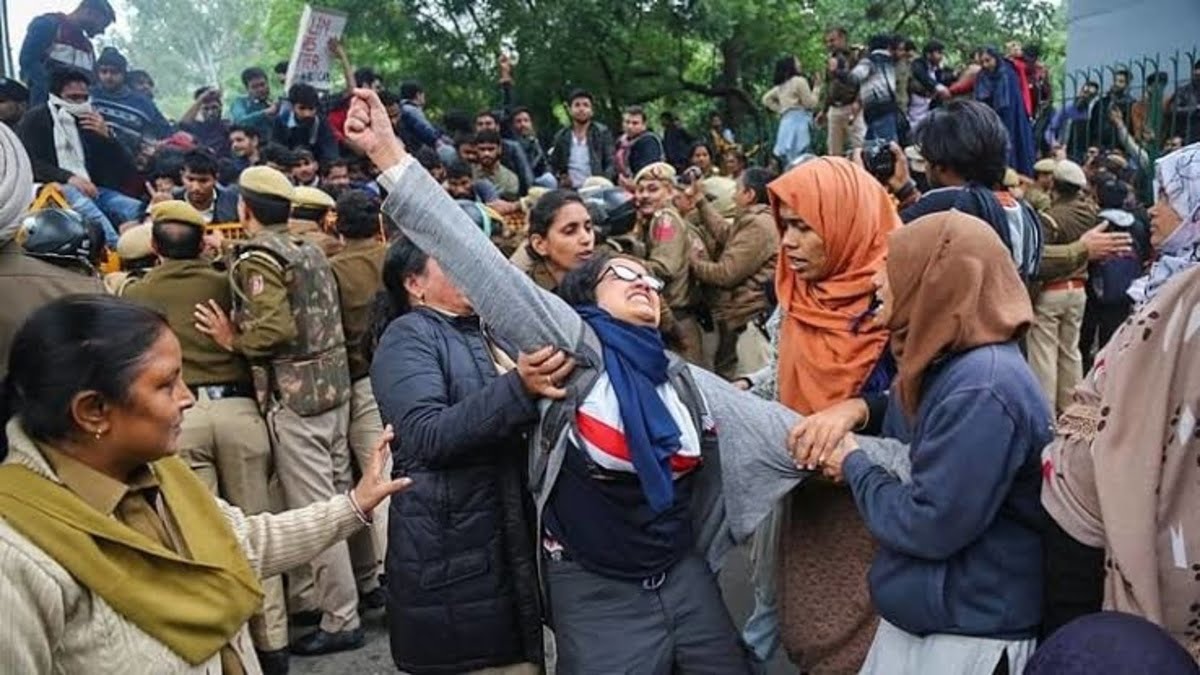 I had a good lunch with my friends yesterday and thought that I’d end the weekend on a good note, but little did I know that an anti-climax awaited me.

On a chilly Sunday evening, my blood boiled, and skin crawled after I came back home to deeply disturbing news of students of Jamia Millia Islamia University facing brutality at the hands of Delhi Police for protesting against the Citizenship (Amendment) Act.

A bruised student was unconscious. Another ran for his life. Some were hiding under desks and in their hostels as they feared being beaten up and detained. 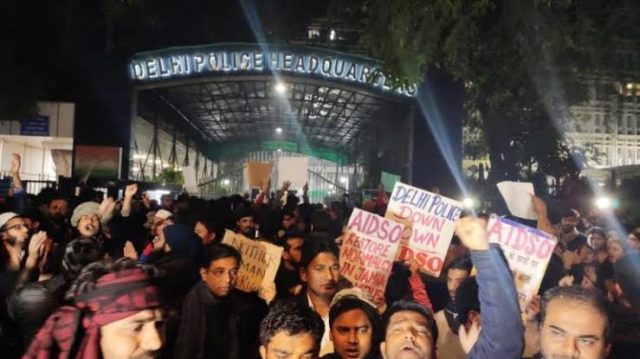 As a Delhi student, I winced and felt aghast to see that this is what we’ve come to as a civilized community, which is taught that dissent makes a democracy strong.

I always felt that there is a chasm between what we study in theory and what happens in real life. However, the glaring rift that I saw yesterday was too wide and dangerous to be left unaddressed.

Video from inside a washroom at Jamia University in Delhi. One student with a smashed eye, another unconscious on the floor, mirrors smashed by @DelhiPolice @CPDelhi, stop the violence. pic.twitter.com/LU4ZL0sHP9

Agenda Of Protests By Students

If the monsoon session of the Parliament was a talking point because of the controversial revocation of Article 370, how could the winter session be left behind?

Simply put, the bill allows minorities facing religious persecution in India’s three neighboring countries- Pakistan, Bangladesh and Afghanistan- to get citizenship in India if they have migrated to India before 31st December 2014.

The bill explicitly covers Hindus, Buddhists, Sikhs, Parsis, Jains, and Christians, and therefore, leaves out Muslims immigrants who aren’t entitled to be called citizens as they are part of the majority in the three neighbor countries.

This is directly in conflict with Article 14 of the Indian constitution that grants equality to all under the law.

On 12 December 2019, the bill after getting passed by both Lok Sabha and Rajya Sabha got the assent from the President and turned into an act. 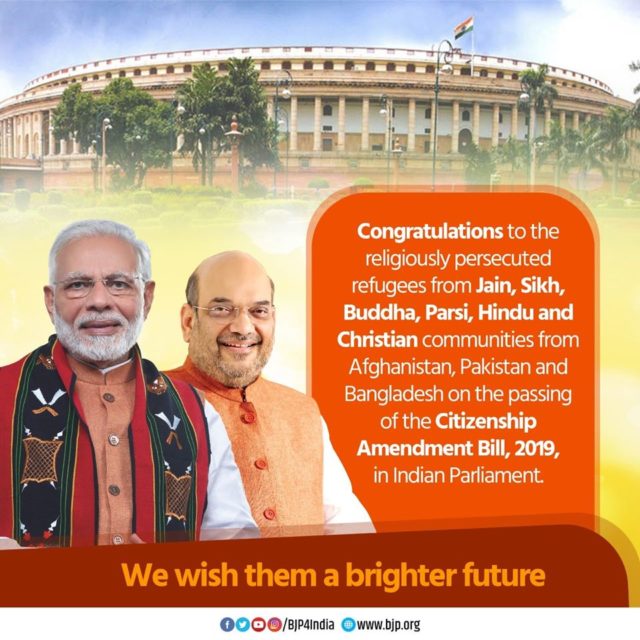 The students of Jamia Millia Islamia University, which is a prestigious varsity where majority of the students are Muslim, protested against this act as it goes against the secular fabric of this nation.

The students began their protest at the varsity campus and had planned to end it at Jantar Mantar, which is the area designated for protests in Delhi.

However, their protest was marred by violence and vandalism.

Also Read: A Layman’s Guide To CAB, The Bill That Is Setting The Nation On Fire

Last evening, a mob clashed with the Delhi Police and set ablaze three buses along with some private vehicles in South Delhi around 5 PM. The police lathi-charged at them in response.

This group of protesters was different from the Jamia students whose protests were peaceful and non-violent.

However, the police entered the varsity campus at 5:30 PM and beat up the students.

They fired tear gas shells inside the reading hall and raided the entire campus. By 7 PM, they were all over attacking students who were consequently injured.

Some students rushed to their hostels and switched off the lights in order to avoid getting spotted.

Here is a video showing the police beating up students in what I'm told is the area in front of the Zakir Hussain library. Presumably earlier in the evening. pic.twitter.com/Pg40UvZcmN

According to the police, they retaliated after the students threw stones at them. However, students allege that the police action was gratuitous and furthermore, even those who were not part of the protest got caught in the chaos.

At 7:30 PM, police detained the students who refused to disperse after repeated warnings.

Later, the detained students were released at 3:30 this morning.

The Chief Proctor of the University has said on record that the police entered the campus without permission and brutally attacked the students.

Why I Stand In Solidarity With The Students

The police are meant to protect us from all the elements that pose a threat to our well-being. Where are we supposed to go if the protectors turn perpetrators?

The students have every right to voice their opinion, especially against an act that can possibly marginalize a religious community for no fault of theirs.

A peaceful protest has always been a good medium to tell the powers that what they intend or plan to do is unacceptable and, in this case, absolutely condemnable.

Shutting down internet services or attacking unarmed students who have the courage to disagree with the authorities are the actions taken by those who are more aware of the flaws in their lousy decision making than anyone else.

The Delhi police reports directly to the Home Ministry. If the government at center allows the use of violence and brutality against the voices of dissent, then it tramples upon the very constitution that it is elected to uphold.

As A Young, Muslim, Indian Girl, This Is What I Feel About The CAB