The entire country is in turmoil right now due to the controversial and discriminatory Citizenship Amendment Bill, now Act, 2019.

The Bill was brought up by Home Affairs Minister, Amit Shah, in the Lok Sabha on 9th December. It basically changed the 1955 Citizenship Act where it would allow Hindu, Buddhist, Sikh, Parsi, Jain and Christian illegal immigrants from Afghanistan, Bangladesh, and Pakistan who entered India on or before 31st December 2014 legal citizenship in an easier manner.

The bill very clearly excluded the Muslim community from the amendment and was said to be ‘unconstitutional’ by many renowned people across the country.

It was interesting to see how quickly it was passed within the Lok Sabha clearing it the day after it was introduced and the Rajya Sabha also approving it on 11th December.

Within 3 days the Bill became an Act and citizens around the country are taking up in protest of the Act.

Riots and protests have already started in Assam, Tripura and West Bengal with Assam even being under an internet shutdown and places like Delhi, Lucknow and more also coming forward to protest.

Students from Jamia Milia Islamia University are currently engaged in a big protest with police also getting involved and taking controversial steps to control the students, allegedly also engaging in police brutality.

However, considering the turbulent state of the country and its citizens, it is extremely important that we all be aware of the information we are consuming and not react without being sure of the facts.

It is highly crucial that we understand what the actual issue is and then react to it in an informed and aware manner. Let’s beat herd mentality or dangers of half knowledge by choosing a side wisely based on informed decisions.

This is what ED stands for.

Thoroughly check any video, picture, news, opinion before for fake news. Know which channels and journalists are biased and keep away from their news.

Let’s be educated and contribute wisely.

Journalist Shekhar Gupta has talked about the important topics plaguing people about the CAA and National Register of Citizens (NRC) as they are for us all to opine unbiasedly.

Here we take a look at the some of the key highlights he touched upon in the video:

Do Indian citizens need to worry depending on whether they are Hindu or Muslim?

To this Shekhar Gupta said that:

What is CAA and what is NRC? Are they connected?

He also explained what happened with the NRC in Assam as:

He talked about how if something like an NRC is carried over the entire country it can leave a lot of people worried about what evidence they have, how will they prove their citizenship.

Mr. Gupta also created an analogy of the CAA being a dumb rocket, which can be used for a number of things and is relatively harmless. But once you marry a warhead on top of it which is NRC then it becomes a deadly missile.

He said “that means everybody becomes a suspect to begin with. So then you have to prove you’re an Indian citizen according to certain yardsticks which we don’t know till yet.”

He explained how an NRC + CAA combination could be troublesome for Muslims, since a non-Muslim in case the NRC proves them to not be a citizen of India, will be fine if they came to the country around 2008/09 because they would have spent 5 years in the country, gotten naturalised and thus be eligible for an Indian citizenship.

The same situation would be much more difficult if the person is a Muslim.

Mr. Gupta also gave a brief rundown of why Assam is protesting and their issue with CAA:

At that time there was no distinction, however, now BJP has brought in a distinction with CAA and that’s why Assamese people are angry.

Because people of Assam want all people to go back as they’re motivated by ethnicity, and local culture, not religion. They don’t want to be a dumping ground for illegal immigrants of any religion time and again.

Read More: A Layman’s Guide To CAB, The Bill That Is Setting The Nation On Fire

Where does each party stand on these issues?

Shekhar Gupta very clearly stated that there is no moral high ground for any party in this area.

For Congress he said that:

For BJP he gave the following points:

He also pointed out the hypocrisy of Asom Gana Parishad (AGP) because for 33 years they never kept the commitment of holding an NRC and expulsion of foreigners from Assam. 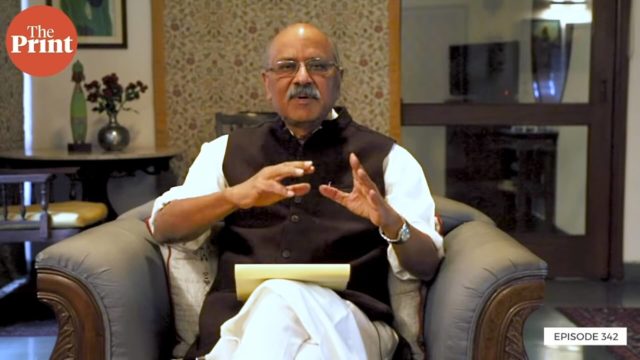 What is citizenship? What is refugee status, what are cut-off years?

So the whole matter of who is a citizen, how does one attain Indian citizenship is extremely confusing.

What Is A Refugee?

Shekhar Gupta gave the example being of Tibetan people who are the largest group of refugees in India including Dalai Lama, but they are not Indian citizens.

Refugees don’t naturally get naturalised, they travel using Indian documents or identity documents, instead of passport and they don’t vote in India.

He also pointed out that the government has the power to give citizenship to anyone. Case in point of Adnan Sami getting Indian citizenship even though he’s from Pakistan and a Muslim.

The government also has seen it fit to accord asylum/refugee status to Taslima Nasreem, a Bangladeshi writer.

So government has those powers. But this entitlement along with NRC becomes problematic because you don’t know what it will be used for.

How did this start and where it might end up?

Gupta explained that this whole thing started when the Supreme Court (SC) dusted up a dormant issue and ordered NRC in Assam under its direct supervision.

As per SC all details were to be sent straight to them with the level of secrecy so high that the officer in charge of NRC was gagged and not allowed to make any public statements.

This in its stead brought some interesting information like:

Now BJP can’t have a situation where half a million Hindus are to be expelled or not be able to vote, frankly no political party could accept that including Congress. So to get around that, the CAA has been brought up which is not something Assam ordered.

This also ties in with what BJP and RSS have been trying to do for around 40 years which is to change the orientation of Assam Movement from ethnic to religion. They tried to work the angle that Hindus come from Bangladesh because they are insecure and they should be embraced but this is something the Assam agitation had not accepted.

Disclaimer: All the information in this piece has been spoken by Shekhar Gupta in the linked video. The blog has been compiled so that people can have the important information at hand and make an aware decision on where they stand.