Home Social Opinions How To Get Around Internet Shutdown, Protest With Section 144, Get Help... 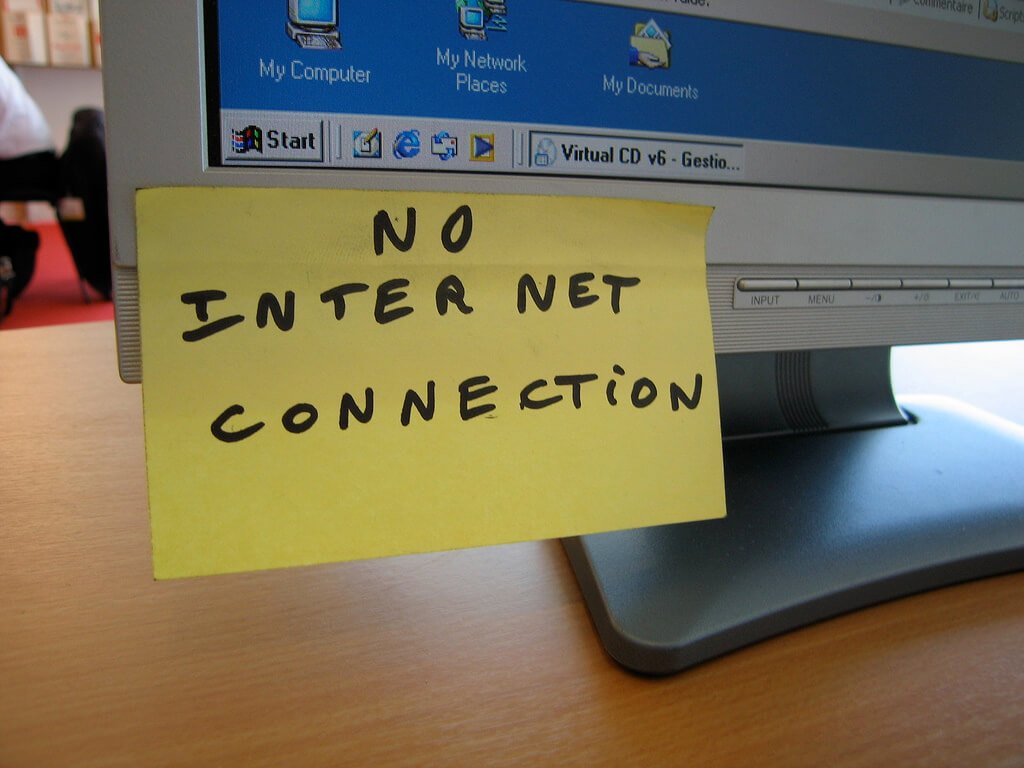 It seems that instead of things settling down, each day just brings on more and more turbulent news that makes us all anxious.

We had not even gotten past the Jamia Milia Islamia University protest issue that people across Delhi are experiencing internet shutdown.

Not just that, but apparently protesters are being detained for/at undisclosed amount of time and location.

The shut down has been noticed since Thursday morning with people on Twitter saying that places such as Seelampur, ITO, and India Gate are among a few areas experiencing it.

When asked about it on Twitter their representatives all gave the reason that as per government orders these services are for the time being shut down.

Hi! We're complying with instructions received from govt. authorities on suspending Voice, SMS and data in certain areas in Delhi. Once the suspension orders are lifted, our services will be fully up and running. We’re sorry about the inconvenience. Thank you, Manisha https://t.co/2G23qpsqlP

Hi! As per the directive received from the Government, Services are stopped at few locations (Jamia, Saheen bagh, Bawana, Seelampur, Jaffrabad, Mandi House and part of Walled city). As a result of this you will not be able to use services till 1pm at these locations – Tina

As per PTI reports some of the services have been shut down by the police in walled city areas of north and central districts, Mandi House, Seelampur, Jaffarbad, Mustafabad, Jamia Nagar, Shaheen Bagh and Bawana.

The order given out by the Deputy Commissioner of Police, Special Cell, New Delhi, stated that “In view of the prevailing law and order situation, it is hereby directed that communication of all types i.e. voice, SMS and internet, be halted from 0900 hours to 1300 hours in Cell IDs/BTS (base transceiver stations) covering the following areas for 19-12-2019.”

But this does not mean that everything is so bleak, in fact, many people online are posting of different ways to get around this shut down to make communication possible.

These are a few tips from the internet that we’ve compiled, taken mainly from Facebook and Twitter where people have shared it. Considering the source of this information we are still checking the legitimacy of these facts.

If You Are Accosted By Delhi Police

In a Facebook post, user Dyuti Sudipta shared some information on what to do if one is arrested by the police. 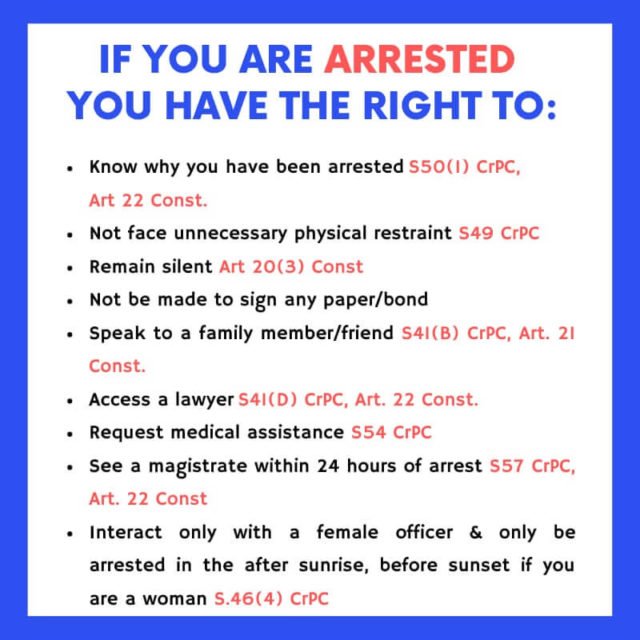 She also posted about what people can do in case they are detained by the police, something which is happening quite a lot currently. 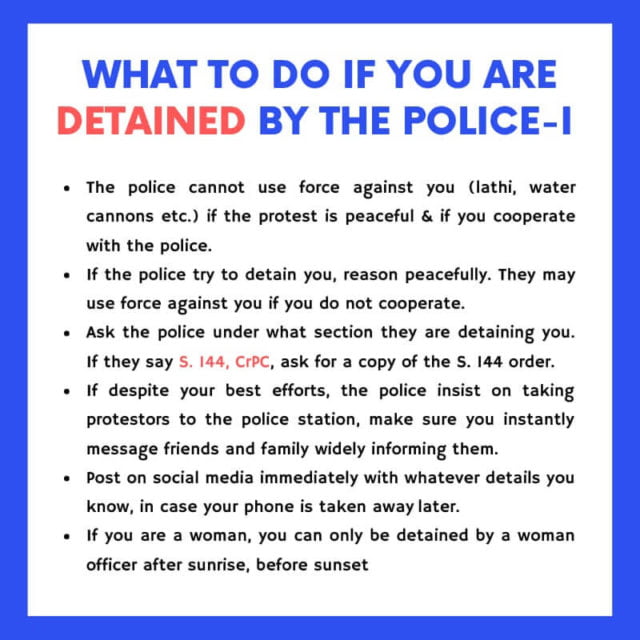 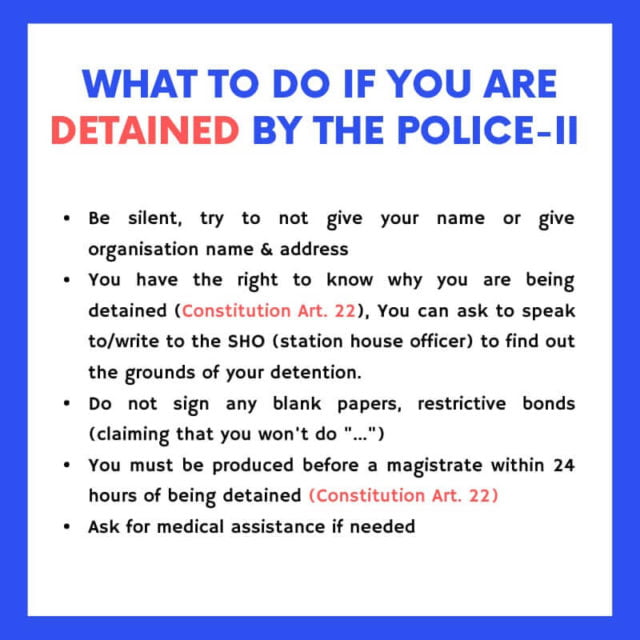 In another post, Facebook user Darshan Mondkar has given the contact information of a few lawyers that people can use in case they are detained by the police: 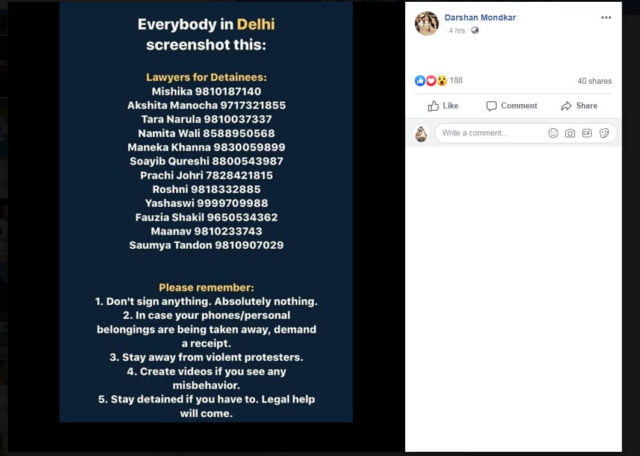 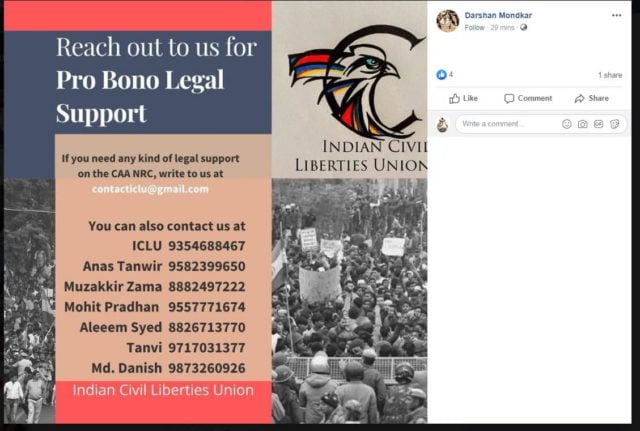 Important Message for those in Delhi (also added for others cities in second pic)Lawyers for Detainees:Mishika…

Section 144 has been imposed in many parts of India which according to the Criminal Procedure Code of 1973 basically prohibits any gathering of four or more people in a certain area.

If this is imposed, the police has full right to book any gathering for engaging in rioting. Even if you get permission in advance for a lawful assembly it would still be called an ‘unlawful assembly’.

Reports also state that the internet can be shut down while this section is active. However, there are some ways to get around it.

A Twitter user @TheSphinxSpeaks has given some tips on how one can bypass the rules of Section 144 and still keep protesting. 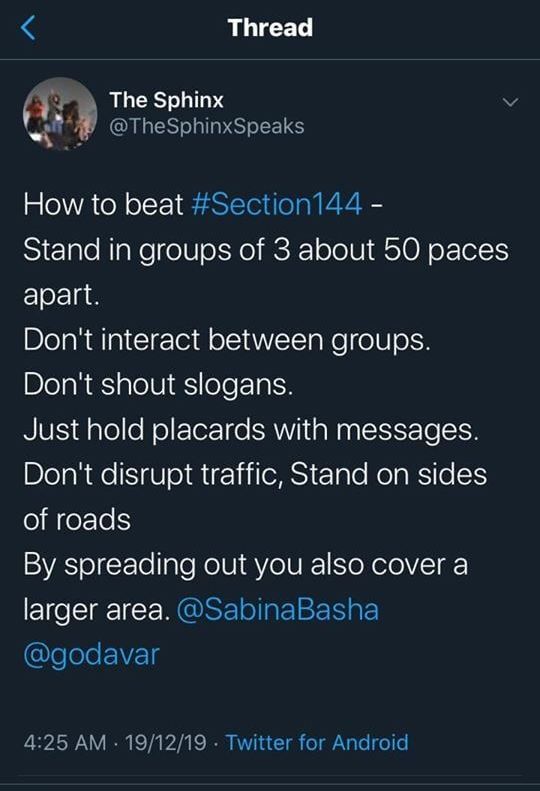 How To Communicate During Internet Shutdown?

Internet shutdown can be quite problematic since it has the power to stop communication, which does not allow people to tell the world their reality.

However, there are now apps that allow one the ability to communicate specifically in such instances where not just the internet but even cellular network has been shut down. 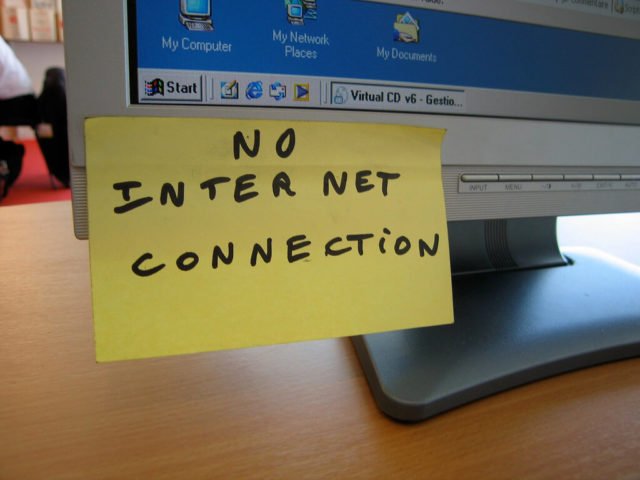 Here are a few apps that can work without an active internet connection:

The messaging app ‘Briar’ is specifically designed for activists, journalists, and people who want to use a safe and easy way to communicate.

Its advantage is that it operates even when the internet is not working by syncing with Bluetooth or Wi-Fi. Briar also doesn’t depend on a central server with messages being synced only between the users’s devices directly.

When the internet is up again, Briar uses the Tor network in order to protect users and their conversations from any kind of surveillance.

Telegram has been quite a popular name these days for a secure messaging app especially ever since WhatsApp was taken over by Facebook.

Although Telegram does require Wi-Fi or mobile data, its distinctive feature is its supposedly good security. Launched in 2013 the service apparently already has over 200 million monthly users.

FireChat allows users to communicate to nearby devices without needing internet or mobile phone network.

Users can allow their Bluetooth to connect with nearby devices that have the app installed along with also using standard internet connectivity to communicate with other FireChat users around the world in their running chat.

Available on both Android and iOS the app allows people to easily send secure text messages and make phone calls even if there is no network.