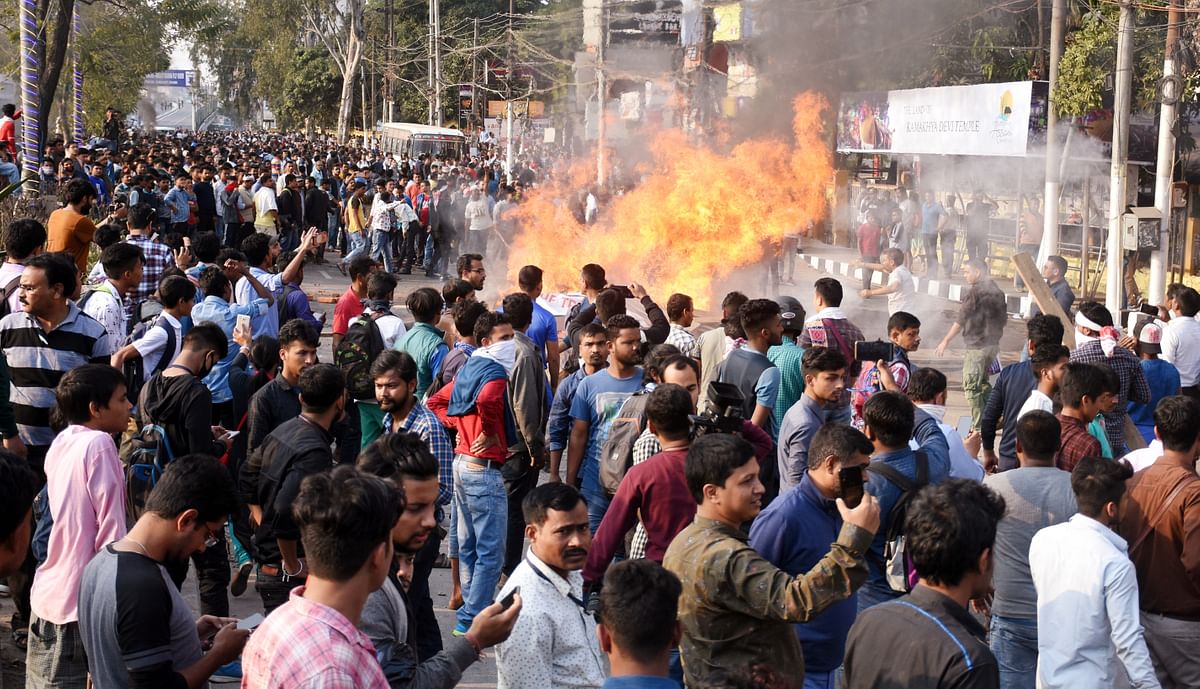 As soon as the CAA (Citizenship Amendment Act) got announced, India was shell-shocked to its core. Rallies and mass gatherings are currently ongoing in protest of the Act, with or without a political banner.

The question of whether these protests are justified or not is something which I have left upon personal discretion.

As a student in Kolkata, coming from a small town, this news of destruction and the air of hostility reeked of hopelessness. Like various other states, Bengal is burning in the ashes of its existence.

What is the Context of the Citizenship Act?

CAA is an amendment to the Citizenship Act of 1955. The new act revises the previous one while granting limited ‘relief‘ to citizenship applicants by declaring that, every Hindu, Sikh, Jain, Parsi, Christian and Buddhist immigrant from Pakistan, Bangladesh and Afghanistan, is valid if they entered India before 31st December 2014.

On the other hand, immigrants from a different country and/or with a different religion than the ones mentioned will not come under the amendment. These people will be granted citizenship from the front door, which is a long and tedious process.

Does not sound so bad, does it? Well, it gets worse if combined with NRC (National Register of Citizens), but that is another discussion.

For now, let us focus on what went down in Bengal.

The Beginning: How The Fire Started

When the bill came out, the denizens read about it and exhaled a collective sigh of despair, but they did not do anything except for Assam (the prevalent land of controversy owing to the Rohingyas taking shelter there).

Bengal was protesting, but not as vociferously as Assam.

Suddenly on Friday, a friend of mine reported that some people had stopped the trains in Uluberia station by creating a blockade on the tracks and she was stuck. 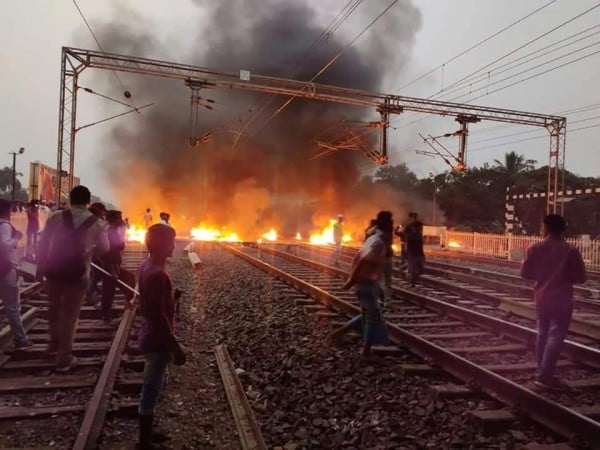 Switching on the television, I could see that the situation was infinitely more complicated. The ‘protestors‘ were hurling rocks at the running trains, and damaging the platform.

The hate perpetrated by the religious segregation in the bill forced the citizens to become arsonists.

Violence in the name of religion or revolution can never be justified. As the media later published, those people were disturbed by some ‘locals’. They thought they would get displaced from their homes.

Little did we know, it was only the beginning.

Learn More – A Layman’s Guide To CAB, The Bill That Is Setting The Nation On Fire

Things Got Out of Hand

After this fiasco was over, there were many who planned to return to their homes on the weekend, including myself. But I was shocked to learn that, about 40 trains towards various destinations got cancelled due to several blockades. 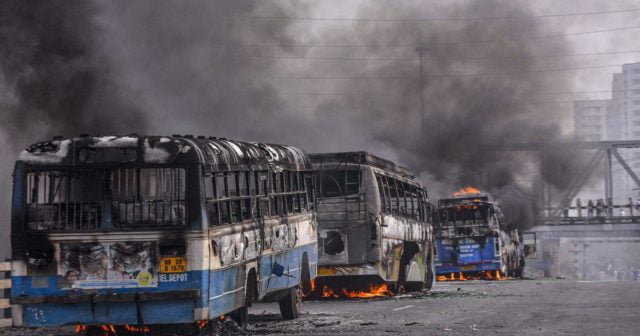 Upon inquiring about the bus routes, the official news issued that 15 buses were burnt by the protesters on Kona Expressway (which connects NH6 and NH2), and thousands of vehicles remained motionless on the road.

Like those vehicles, innumerable people got stuck as well, stuck in a city raging with terror, hovering in a state of chaos with no way out!

No matter how strictly one condemns the vandalism and arson, it is impossible to articulate and imagine the sheer anguish we people have felt. If we woke up one day and realised our home is not ours anymore, what would anyone do?

Our CM, Mamata Banerjee, also publicly announced that she “would not let CAB take over” and her party will organise a rally on Monday (16.12).

The Protests Got Intense 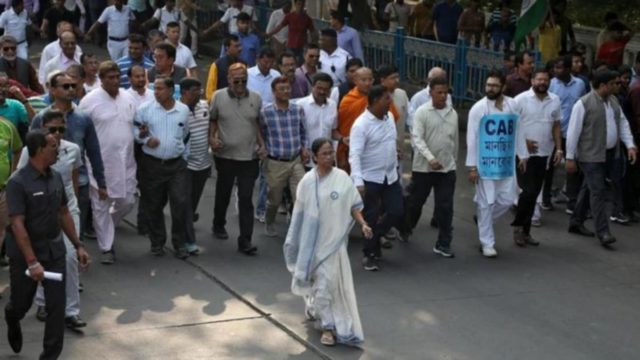 Mamata Banerjee urged the protestors not to get involved in violence as it will backfire on them undermining the whole purpose of the protest.

She also ensured that CAB would not spread its claws in Bengal. She said, “We will continue to protest democratically until this law gets scrapped. If they want to implement it in Bengal, they will have to do it over my dead body.”

Despite the request of the CM, incidents of violence prevailed, and more than 300 people got arrested throughout Bengal.

Many express and local trains got cancelled due to the protests. Bus routes were mostly empty.

But, great examples of peaceful protests were witnessed too as Jadavpur University, Presidency University and Calcutta University students took to the streets and filled the air with their slogans, songs and rants in Kolkata.

We now live in a constant state of agony and suspicion. Anything can happen at any moment.
The Central Government is yet to address the protests.

Bengal’s BJP President Dilip Ghosh said that the violent protests that are taking place are the reasons why the Government should implement NRC and the citizenship law.

The entire student community of India is protesting after the heinous attack on Jamia Milia Islamia students. 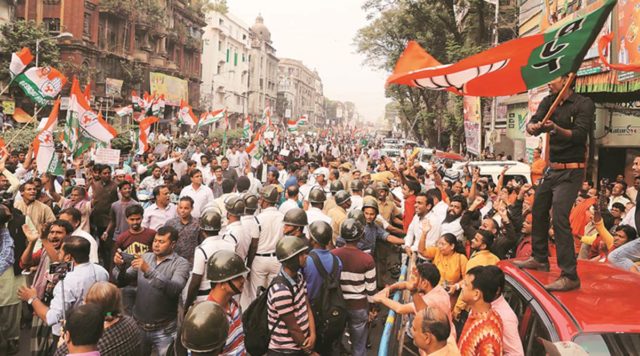 People from various parts of the world have joined us.

We might not know what tomorrow has in store, or if we would see tomorrow. But if we were to really go down, we wouldn’t go down without a fight!

Bengal never bowed down to the Fascists and it certainly will not today.

Amidst The Volatile Situation In Jamia, The Split Amongst Bollywood Celebs’ Opinions: Who Said What And Who Didn’t Say Anything At All