Home ED Originals 10 Reasons Why BJP Is Giving the Next LS Election Victory To... 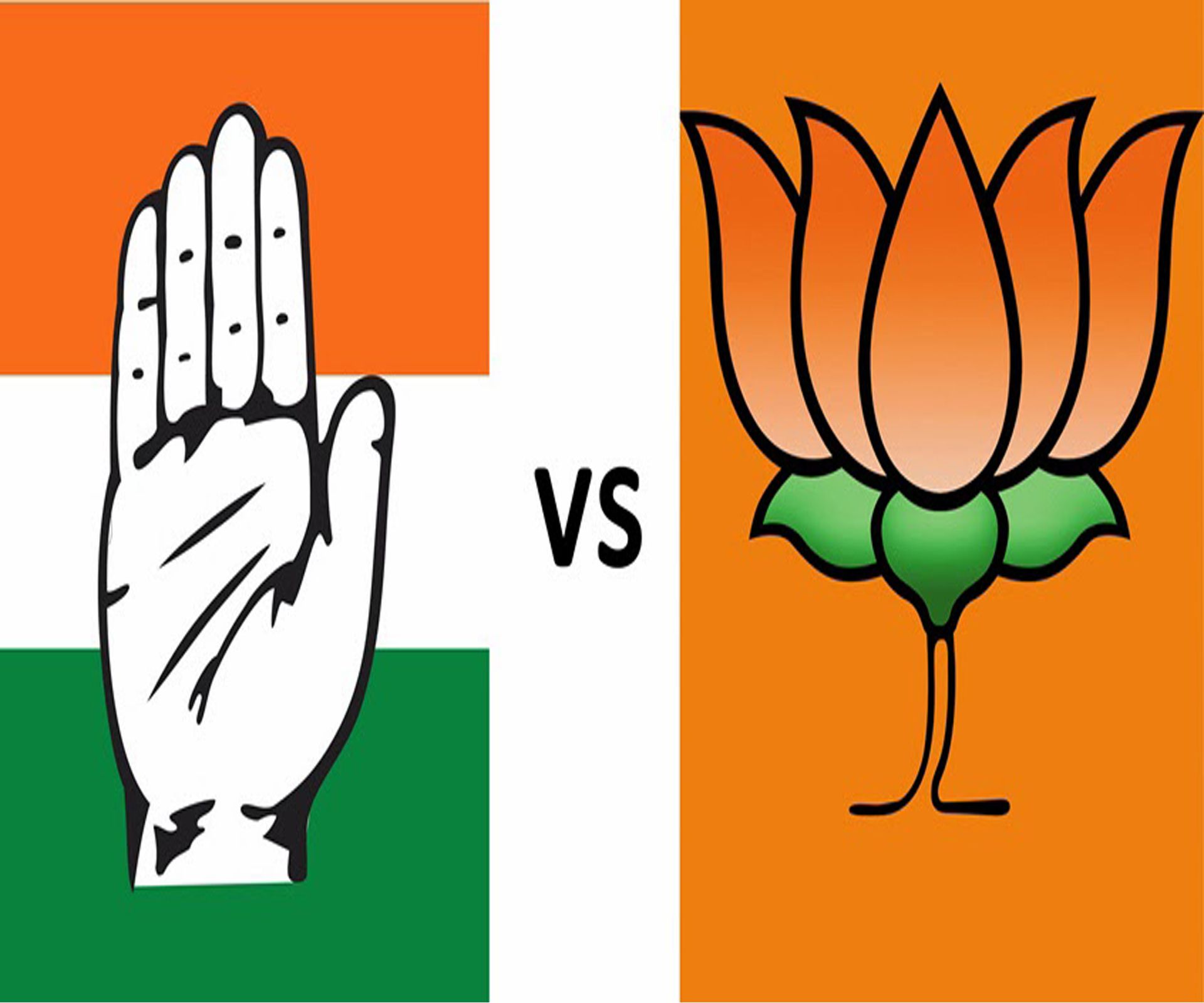 Putting the country on crisis mode somehow seems to be the most apparent thing that the NDA government has done so far. From never ending protests to economic concerns, there have been a lot of issues to make citizens rethink their decisions.

Let’s look at some of the reasons why BJP is giving the next LS elections to Congress on a platter.

1. The State Of The Economy & The Govt’s Refusal To Acknowledge The Same:

(i) Since the time that BJP came into power, our economy has been subject to some very obvious hits. Demonetisation ruined us, inflation is high, unemployment hit an all-time high, country’s GDP growth came down to 5%, and the massive corporate tax proposed under Finance Minister Nirmala Sitharaman only caused more losses than gains for markets. 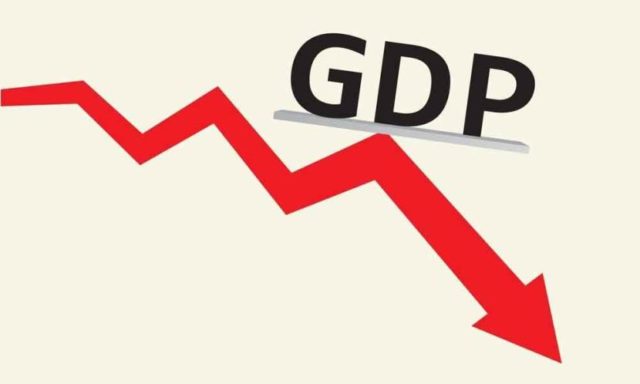 (ii) But the disappointment comes from elsewhere – the absolute denial that this govt. seems to be in. These are some of the statements made by BJP representatives when asked about the economic slowdown:

“…the national holiday of October 2 saw an earning of over Rs 120 crore… It’s only because the economy is sound that movies can fetch a return of Rs 120 crore in a single day.” – Ravi Shankar Prasad, Minister of Law & Justice

And to paraphrase the FM’s stellar response to questions about India’s ‘$5 trillion economy by 2024’ dream,

“We are on track for $5 trillion but I will not engage with numbers, because I need to focus on… getting to $5 trillion.”

2. Regressive & Unscientific Talk About Everything

(i) A BJP leader from UP claimed that cow-carcasses shouldn’t be buried, but should be burnt in an electric crematorium. Why? Because (drum roll please) cows are Hindus!

(ii) It didn’t take much long for another BJP neta to come forward and say that unlike certain ‘foreign-aunty’ breeds, Indian cows’ urine has gold in it.

(iii) That ain’t all. A BJP MP actually said that NASA found out that computer programming done in Sanskrit is completely flawless.

3. Zero Tolerance To Any Form Of Feedback:

(i) The idea of ‘constructive criticism’ seems to be alien for the BJP government. ‘Press-censorship’ has never been more evident than now. If you will notice, this article is from the guest writer’s account without my name, that’s how worried we are about calling for trouble for writing an opinion.

(ii) All India Bakchod (AIB) was booked for defamation last year while a man who shared a meme poking fun at BJP through WhatsApp was suspended from his work.

I want this Government to be criticised. Criticism makes democracy strong: PM @narendramodi

(i) As a direct manifestation of the economic slowdown, various Indian companies have been voicing their concerns. Almost all sectors, including automobiles, agriculture, real estate and construction have been affected as investors (both Indian as well as foreign) are pulling away their capitals.

(ii) This has only worsened our unemployment problem (now at 8.2%). To put it in Infosys cofounder Narayana Murthy’s words, no country could make economic progress without “freedom of faith” and “freedom from fear.”

(i) Internet shutdowns in India have been happening at such an alarming rate that various reports have started calling our country the ‘Internet Shutdown Capital’ of the world.

Also Read: BJP Is All Set To Give Political Colours To Bengal Triple Murder Case Even After Family Denies Any Political Connection

6. Disconnect From The Politics Of South India:

(i) This was something very clearly seen in the last election as well. Despite its efforts, BJP wasn’t able to garner much support in the southern states of Tamil Nadu, Andhra Pradesh and Kerala.

(ii) This might not necessarily change the next time as well simply because the current government’s policies seem to be distant from the political atmosphere down south. The recent row over imposing Hindi as a common language definitely doesn’t help their cause.

(i) Perhaps the most marked feature of the BJP government. Some of the major changes during this time include the RTI, NRC and CAA.

(ii) Each of these amendments inherently have some problem or the other. These range from accusations of religious biases to ineffective implementation.

(iii) The passing of these bills have led to massive protests across the country. That coupled with the associated violence are going to be major setbacks in the way of BJP’s victory in the next elections.

(i) The recent outbursts over CAA themselves indicate the turmoil faced by minorities like the Muslims. Discriminatory treatment of Muslims was one accusation raised against the implementation of NRC. 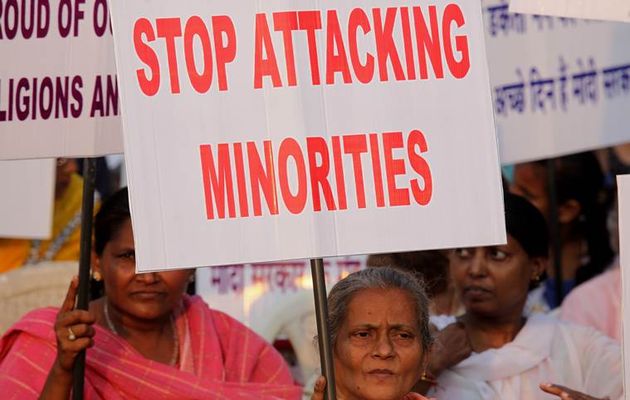 (ii) When a BJP MP himself comes forward and says that India will be free of Muslims by 2021, you know that things have gone for a toss. Plus how can we forget the lynchings?

9. Ambushing Other Parliamentarians The Moment They Ask Something Uncomfortable But True:

(i) The current govt.’s issue with handling criticism is most evident when it comes to Parliamentary debates and proceedings. This is highly worrying as only a platform that allows healthy debate can lead to better decisions and policies.

(ii) In fact, as MP Shashi Tharoor was not able to complete his speech on the implementation of CAB, he posted the rest of it online using Twitter.

So since I was not able to conclude my speech on the #CitizenshipAmendmentBill in the LokSabha, here are the last two minutes that I would have spoken if the Chair had a little more respect for democracy: pic.twitter.com/oo07UoDiNX

10. A Basic Disregard For The Environment:

(i) Climate change as a phenomenon has never been more evident in our country. Yet, the current govt. has shown nothing but apathy towards those growing concerns.

(ii) How many more pollution streaks and forest felling should pass before the BJP govt. takes concrete steps? Remember Aarey forests in Mumbai?

These are my reasons to believe that the next LS election victory will not be the BJP’s. Frankly, I believe that BJP giving Congress the victory on a platter like this will be quite a pity for the people of the country, nothing to rejoice.

Do you agree? Let us know in the comments below.

Isn’t It Obvious Why Everyone Related To BJP MLA Unnao Rape Case Is Dying One By One?