India and Pakistan are the two most sensational neighbors around the globe, of course after North and South Korea. Like the Korean counterparts, India and Pakistan also emerged from the same piece of land however, that didn’t stop the partition between the two countries on the basis of religion, nor did it stop the two neighbors from hating one another.

Since Pakistan’s partition from India in 1947, India and Pakistan have fought several wars where life was lost and relations became sour. India came out victorious, however, the relations between the two countries became so bad that in the normal course of discussions, Indians hate Pakistanis and the feeling is mutual.

However, what happens when the people from these two countries meet at an alien ground? Does the hatred remain or does a kinship develop over the shared culture?

The answer can only be given by someone who has experienced it. 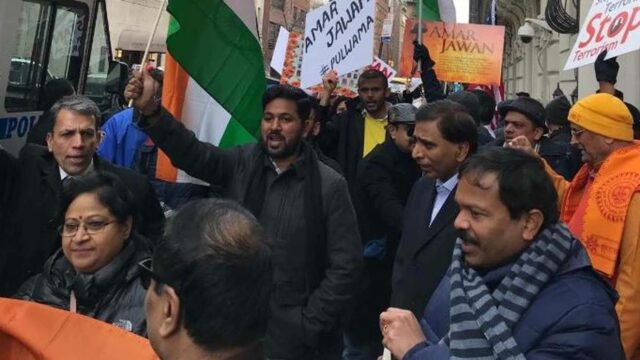 Relations Between Indians and Pakistanis Beyond Border

Yesterday, I was speaking with a friend who shifted to the United Kingdom two years back for studies. Being an Indian student, I was aware that oftentimes, he must have had to encounter racism. He agreed with me, saying that casual racism is digestible and not harmful, thus people from Asian and African countries get used to it.

Out of curiosity, I asked him if Indians get along well with each other even on foreign land. He agreed with me, saying that the Indian community is very supportive of new and emerging talents abroad, and they stand with each other through all times. It was a good thing to hear, but somewhat expected. What he said next was unexpected.

Read Also: Back In Time: 74 Years Ago, Today, India Fought Her First War With Pakistan

He said that not only Indians but even Pakistanis and Bangladeshis live together with Indians as a single community. I was confused and asked him how it can be possible, after all, Indians and Pakistanis can’t even spare a cricket match to boast their rivalry.

He laughed at it, saying that though cricket matches continue to be a topic of concern between Indians and Pakistanis living abroad, they bond greatly on the shared culture.

Indian and Pakistani culture, despite the difference in religious tenets, is very similar. We speak similar languages, we have similar traditions and cuisines and clothing and above all, we share similar values. While many may disagree with me, the truth is that not everyone’s the same.

Like Indians shift abroad in search of a better future and lifestyle, Pakistanis have the same urge too. However, their opportunities are limited due to the perception that has developed internationally against them. Similarly, for Indians, the perception is that though we have great minds, we often lie on our resumes and have severe disregard for time.

In their places, both Indians and Pakistanis have to face discrimination. Some have to face higher discrimination than others. Topping it up with the hardships that are attached to finding a life in a foreign land, finding someone who shares the same language, food and culture can be a blessing. It gives these immigrants a break from their mundane lives and often, they find companions they can vouch on.

It must be difficult for an Indian, who has never lived with foreigners, to trust an English-speaking man. However, he might not have difficulty trusting someone speaking his mother tongue. This is all it’s about. Affinity.

Contrary to common perception, Indians and Pakistanis abroad live together happily. They do have their differences, but so does everyone. However, there is nothing like perpetual hatred between the nationals of these two countries that might drift them apart even on foreign soil.