Home ED Originals Back In Time Back In Time: 74 Years Ago, Today, India Fought Her First War... 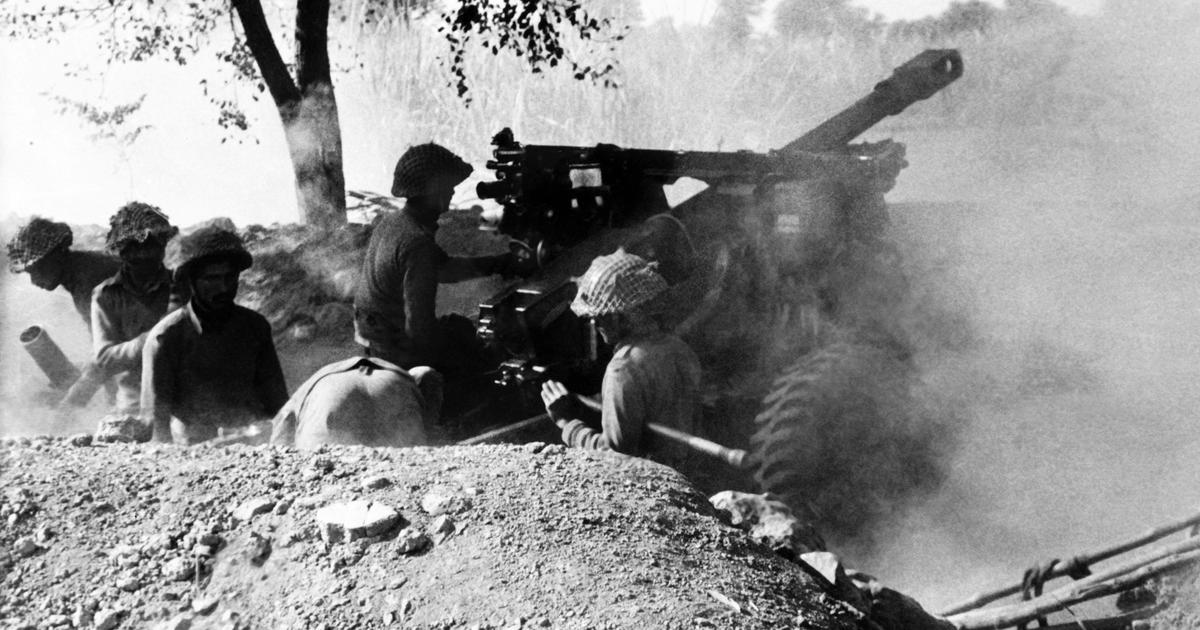 Pakistan has been trying very hard to capture Kashmir by launching tribal lashkar militias from Waziristan. However, it was yesterday that they were finally successful in bringing about the war. Operation Gulmarg was a success.

The first attack came from the Pashtun tribe which was launched in the Muzaffarabad sector. The state forces stationed in the border regions around Muzaffarabad and Domel were quickly defeated by tribal forces along with Muslim state forces that mutinied and joined them thereby paving the way to the capital which was open.

Among the raiders, there were many active Pakistani Army soldiers disguised as tribals. They were also being provided constant logistical help by the Pakistan Army. Rather than advancing toward Srinagar before state forces could regroup or be reinforced, the invading forces remained in the captured cities in the border region engaging in looting and other crimes against their inhabitants.

These local tribal militias and irregular Pakistani forces moved to take the capital city of Srinagar, but upon reaching Baramulla, they took to plunder and stalled.

In the Poonch valley, the state forces retreated into towns where they were besieged. 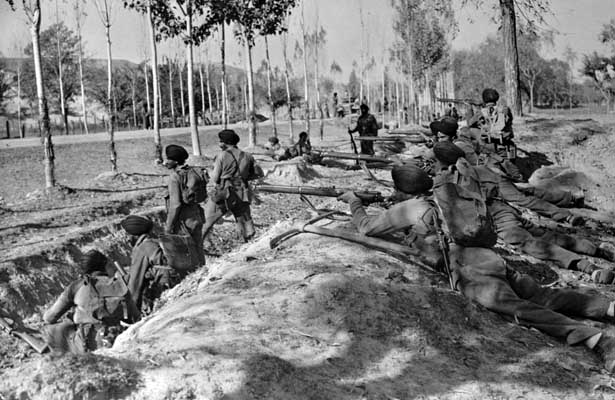 According to reports, the Pakistani tribals beheaded many Hindu and Sikh civilians yesterday. The tribesmen were shouting slogans like “Hindu ki Zar, Sardar ka Sar” (wealth of a Hindu and head of a Sikh).

However, the strategy employed by Pakistan to annex the state was ingenious. They expected that before India could react, possession of Jammu and Kashmir would constitute law. In this game plan, Pakistan came within a whisker of success.

According to the Indian military, the Pakistani Army prepared a plan called Operation Gulmarg and put it into action as early as 20 August right after Pakistan declared its own independence. The plan was accidentally revealed to an Indian officer, Major O. S. Kalkat who was serving with the Bannu Brigade at that time.

According to the plan, 20 lashkars, that is tribal militias, each consisting of 1000 Pashtun tribesmen, were to be recruited from among various Pashtun tribes, and armed at the brigade headquarters at Bannu, Wanna, Peshawar, Kohat, Thall and Nowshera by the first week of September.

Detailed arrangements for the military leadership and armaments were described in the plan.

By 13 September, armed Pashtuns drifted into Lahore and Rawalpindi. The Deputy Commissioner of Dera Ismail Khan noted a scheme to send tribesmen from Malakand to Sialkot, in lorries provided by the Pakistan Government.

Preparations for attacking Kashmir were also noted in the princely states of Swat, Dir, and Chitral.

From 1846 till the 1947 partition of India, Kashmir was ruled by Maharajas of Gulab Singh’s Dogra dynasty, as a princely state under British Paramountcy. According to the 1941 census, the state’s population was 77 percent Muslim. Hence, despite having a predominantly Muslim population, Kashmir was being ruled by the Hindu Maharaja Hari Singh.

The Maharaja  decided to stay independent because he expected that the State’s Muslims would be unhappy with accession to India, and the Hindus and Sikhs would become vulnerable if he joined Pakistan.

On 11 August 1947, the Maharaja dismissed his prime minister Ram Chandra Kak, who had advocated independence. Observers and scholars interpret this action as a tilt towards accession to India. Pakistanis decided to preempt this possibility by wrestling Kashmir by force if necessary.

On the eve of Independence, India was divided into two nations based on the two-nation theory presented by Syed Ahmed Khan, due to the presented religious issues. Pakistan became a Muslim country, and India became a majority Hindu but secular country.

The main spokesman for the partition was Muhammad Ali Jinnah. All was going well until,  the dispute over who gets Kashmir began.

It has only been a day since the war began and thousands of soldiers and civilians including children have lost their lives. The war is being called the Kashmir War which is ironic because all Kashmir wants is to live as an independent state. This is only the beginning of a war that nobody knows how long it’s going to last.

Pakistan’s obsession with Kashmir manifests its desire for territorial conquest, and not its intent to fulfill the wishes of its people. That it chose to invade Kashmir, rather than wait for the people to decide their future, proves that from the start, its argument with regards to “respecting the will of the people” was less than forthright.

Back In Time: 58 Years Ago, Martin Luther Gave His Iconic “I Have A Dream” Speech