Home Sports Why Are Indian Netizens Showing Support To This Pakistani Cricketer? 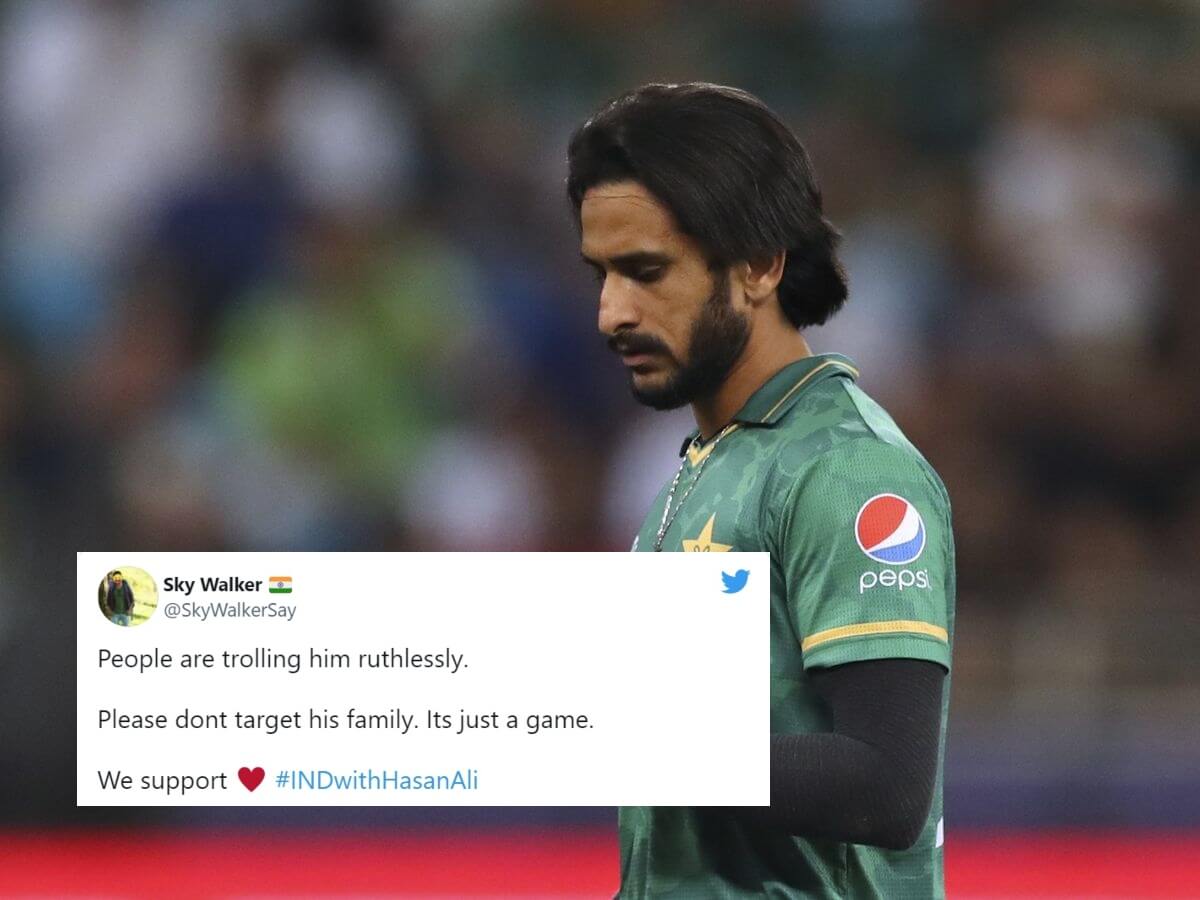 Pakistan’s recent lose against Australia in the semi-final of the IC T20 World Cup has ended their journey in this World Cup series. But it is not just the result that is making news, but one of the Pakistani players, Hasan Ali, is being targeted by fans intensely.

The 27-year-old bowler’s performance was heavily criticised by fans and cricket enthusiasts since he saw 44 runs being made in four overs and even dropped the catch of Mathew Wade.

The dropped catch is being called as a turning point in the match, however, many cricket experts and the Australian team have stated that the drop wouldn’t have really mattered in the overall score, Australia had pretty much clinched their win nonetheless.

Post the results coming out though, Hasan Ali saw a barrage of Pakistani fans online insulting him and even targetting his family and wife who was an Indian before marriage.

Hasan Ali started to be trolled and insulted online as soon as the results came out with some Pakistani fans being especially vicious. According to some reports, certain netizens also targetted him being a ‘Shia’ Muslim and that having to do something with the defeat of the Pakistani team.

In the midst of all though, #INDwithHasanAli started to trend with some Indians showing their support to Ali and asking those angered to calm down.

There was also another reason for this since after the India vs Pakistan match that had Pakistan winning some Indian fans had bashed Mohd Shami of the Indian cricket team and some Pakistan netizens had during then shown their support with him asking Indian fans to not insult him.

So Indians now in a roundabout way used the same quotes and lines that had been used to support Shami to support Ali now. This was done as a way to show how Pakistani fans were not adhering to the same words that they had preached to Indian fans.

Read More: Why Is Cricket As Big As Bollywood In India?

Pakistan skipper Babar Azam has shown support to Ali in the midst of all this though. In a post-match press conference, he said “Thank you so much. But I don’t feel that way [dropping Hasan Ali] because he’s my main bowler. He has won us so many games and obviously, players often drop catches,” and added that “But the way he’s been fighting, I’ll definitely back him. It often happens with a player. If an individual has a bad day, he keeps on pushing himself. He is down right now but we’ll try to uplift his confidence. Logon ka kaam hai batein karna, hamara kam hai unko uthana (People will continue talking but we’ll keep backing our players,” when asked about Ali’s performance quality and the team’s defeat in the semi-finals.

To be honest this kind of incessant trolling of any player is a little overboard since wins and losses are part and parcel of it all. It is always a bit of pressurising situation when fans raise a player to a godly status when they win but are as quick to turn around and start beating on them if they come with a loss.