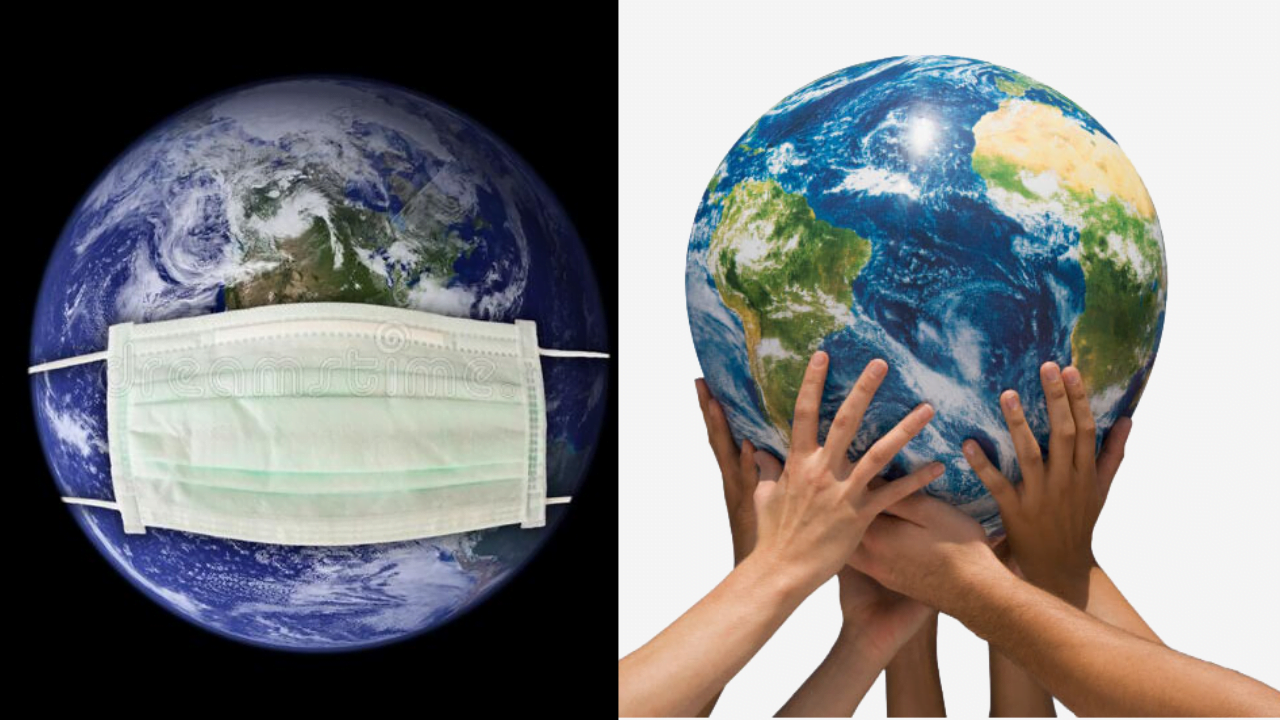 Remember the time when 2020 was welcomed with memes like “THIS WILL BE MY YEAR!”

Well, four months into the new decade and the world is under the grip of extreme paranoia, courtesy COVID 19.

People across the world seem to be engaging in heated debates about the various conspiracy theories as to how mankind reached this state of absolute chaos. In the end, the meme loving folks all boil down to amusedly suspecting the acquired palates of a certain group.

While the virus serves is a source of panicked discussion among many, there is a section of the population for whom the bigger concern is just to survive the lockdown.

Imagine waking up to a world where your medical certificate is more important than your passport for traveling across the world.

Until you hear a renowned Foreign Policy Analyst harp on how globalization has been taken for granted and that this pandemic will affect the attitude of global citizens.

“De-globalization will intensify”, said Fareed Zakaria in an interview with India Today.

The concept of such documents becoming the need of the hour soon doesn’t seem to be just baseless fallout then, does it?

Thus the question that comes to the immediate forefront during this uncertainty is – What kind of a world will we wake up into, once the pandemic passes over?

Will This Lockdown Change The Way We Interact With Nature?

Mankind had engaged themselves in a race of achieving heights without paying much heed to its effects on the other spheres of the world. Capitalist interests had blinded the masses to an extent where they chose to ignore Nature and its other elements that inhabit the Earth.

In the last one year itself there were more than 300 natural disasters registered globally.

In fact posts across various social media platforms have talked about this virus being Nature’s way to claim what it rightfully deserves.

A report by CNN mentions the drastic levels to which pollution has dropped in the capital city from “91 micrograms per cubic meter on March 20, to 26 on March 27”.

Cases of animals entering the cities from the forests have been reported across the country.

So finally, is there a light at the end of the tunnel for Mother Nature? Maybe once this viral storm passes over; there is hope for humans to be in peaceful-coexistence with the other realms of the planet.

Will The Temporary Measures Be Confined Only To This Period Of Pandemic?

Extensive use of advanced technology has helped governments to keep a track of this disease to a great extent. Some of them include extreme use of surveillance tools, as officials prioritize health over privacy at this hour of crisis.

Yuval Noah Harari’s article on ‘The World After Coronavirus’, however, gives us an interesting take on the status of these measures in the near future.

“Temporary measures have a nasty habit of outlasting emergencies, especially as there is always a new emergency lurking on the horizon” he says.

So the big question that looms over our head now is that will the Government use these measures (more so sensitive data) beyond the period of emergency for their own benefits?

If it were to be so, we are possibly heading into a future where each step and action of ours gets recorded, making a gross invasion into our privacies.

The only current measure that should be continued even post this pandemic is reinforcing the healthcare infrastructure and add renewed focus to it.

Also Read: What Is A Final Year Student Going Through During Covid-19 Lockdown?

How Will The Economy Be Addressed?

The pandemic has exposed the country’s healthcare systems to a gross reality as to where we stand – the need for an immediate increase in the investments in this sector. However, healthcare isn’t the only sector which has been facing the extreme wrath of this virus.

The economy globally has been hugely compromised because of the sudden shutdown. In the upcoming days, India will have to face an acute recession as cash flow has come to a sudden halt.

The GDP growth per day is going through an estimated loss of 50,000 crore rupees per day.

In a country like ours, where 85% of the economy is catered to by the unorganized sector, the sudden displacement of the migrant workers can become a cause of huge concern, for there is no certainty as to when they would be able to go back to work.

Despite, these alarming situations, the measures collectively taken by the RBI and Government to infuse liquidity in the economy and ease the burden off its citizens has been lauded across the world.

Manufacturing, service, retail, supply-chains – all sectors have been acutely affected.

This will certainly have its rippling effect on the earnings and grossly muted demand.

Thus, time will decide the course of India’s economy post the emergency blows over.

A solution seeking debate that might arise (an intriguing one too) is that – will a probable practice of de-globalization then give birth to a culture of inward-looking economies?

We have all gotten engaged in a rat race to make a place for ourselves in this immensely competitive world. An uncertain hiatus in between could either make us introspect that lifestyle and slow down or rejuvenate us to come back with a greater enthusiasm.

After all 1.3 billion people resuming their lives after a complete standstill of three or more weeks is bound to change the courses of history.

While the virus in all probability will limit the activities of a global citizen, it will knit the world together with sentiments of brotherhood and togetherness, just like Michael Jackson’s song stated – “Heal The World, Make It A Better Place.”

The world post this interlude will no longer be a continuation of its precursory image. We will turn on a new leaf.

What remains a question is how we view it- using the same old lenses of the past, all cleaned and repaired or using a brand new pair, giving it a fresh start?