Oscar season is finally upon us. It’s time for the beautiful men and women of Hollywood, as well as the one woman from Bollywood, to walk down the red carpet in their Pradas and Ralph Laurens and attend the gala event which is the Oscars 2018.

Like every year, the nominee list for the Academy Awards 2018 is stacked with the best talent and performances of the past year. And, even when I’ve not agreed with some of its winning choices (King’s Speech over Social Network? Jennifer Lawrence over Jessica Chastain?), I have always looked forward to the next year.

Well, the D day is almost here. So, without further ado, here are my picks for the winners this year.

(fair warning: I’ll admit I haven’t watched a few films yet, such as Call Me By Your Name and Phantom Thread)

This year’s nominees happen to be not only darn good movies on their own but, also incredibly diverse. Whereas one is a biopic, the other is a coming-of-age film. Where there is an ambitious war epic like Dunkirk, there is the wonderfully creative feature film like Get Out.

This is a toughie. But, considering the fact that the Oscars are usually one of the last in the festival award season, they are safe enough to predict.

I get a feeling The Shape of Water will just edge past the other favorite, Three Billboards Outside Ebbing, Missouri. There’s something very poetic and whimsical about the former that is crowd-pleasing than the impressive but, divisive Three Billboards. Sure, it didn’t get a lot of love at the Screen Actor’s Guild but, The Shape of Water may just win big at the Oscars 2018.

This is an easy one to call. Guillermo Del Toro has this category, by all accounts in the bag for The Shape of Water. The film’s closest rival in terms of the number of nominations didn’t find a name in this category. And, even though the category has done well to acknowledge the sheer inventiveness of Jordan Peele and the female tour de force that is Greta Gerwig, the Oscars is Del Toro’s to lose this year.

Finally, it’s time. One of the most celebrated character actors of his generation, Gary Oldman (Sirius Black to most, Sid Vicious and George Smiley to some like me) is finally getting his Academy Award. This isn’t even a contest. Oldman plays Churchill with such ferocity and power, you forget about the prosthetic and can only applaud at his performance.

Plus, he plays a British historical figure from the World War era. And, the Oscars has been known to reward them, haven’t they? Timothée Chalamet is the next best bet but, that’s all he is. Next best to the great Oldman.

If this was any other year, Sally Hawkins would have waltzed to the stage to win that prized lady. Any other year and Saoirse Ronan would have given her tough competition. Alas, such talk is irrelevant. As a vengeful mother fighting for justice, Frances McDormand lights up the screen with a powerful performance. It’s brave, it’s unrelenting and is absolutely brilliant. This one’s in the bag.

Read: These Malayalam Movies Made Waves Outside Kerala For Their Depiction Of Young Love

On an emotional level, I’m torn about this one. As brilliant and scene-stealing as Allison Janney (And her parrot) was in I, Tonya, it was Laurie Metcalf (Mrs. Cooper on TBBT to you non-film aficionados) whose performance in Lady Bird that stayed with me the longest.

It had sweetness, charm and warmth, a rare quality for an acting performance. On the other hand, Allison Janney portrayed the greatest female TV character in history. So, confusion. I’d go with my head and say Janney to win because my heart’s very undecided.

A battle of the Billboards, this one. Its Sam Rockwell, a guy who has always given wonderful character performances against Woody Harrelson, a guy who looks perpetually high but gives wonderful performances as well (And probably deserved an award for The People v Larry Flynt).

Unfortunately, it’s not a close battle. As the racist, slow cop, Rockwell plays a tricky character with balance and aplomb and acts as a perfect foil to the fierce McDormand in Three Billboards. Just give him the Oscar already.

Nothing much to report here. I expect the favorites Call Me By Your Name and Three Billboards to win without question in the adapted and original screenplay categories respectively.

Considering the love Three Billboards is bound to get, I hope Lady Bird or Get Out wins something over here but unfortunately, that ain’t happening. Same with Logan. The best superhero film since Captain America: The Winter Soldier.

1. Haven’t watched any of the animated features but, heard Pixar’s (Who else?) Coco is nominated. Probably could have just couriered their Oscar.

2. I’m a huge Spielberg fan but, The Post was a disappointment and doesn’t deserve its place in the Best Picture category. As for Streep, why bother even acting if she gets an acting nomination for anything and everything?

That’s all from my side. Remember to wake up on Monday and watch the Oscars 2018. Cheers.

Is Ekta Kapoor Saying Actors Use Their Sexuality To Get Things Done, Wrong? 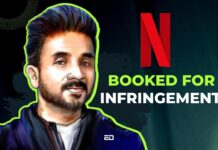 Netflix, Vir Das And Two Others Accused Of Copyright Violation 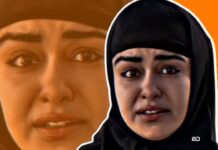 “This Is Utter Nonsense”: Why Is The Movie ‘The Kerala Story’ Controversial?