Home Politics What Made Maneka Gandhi Ditch Congress For BJP? 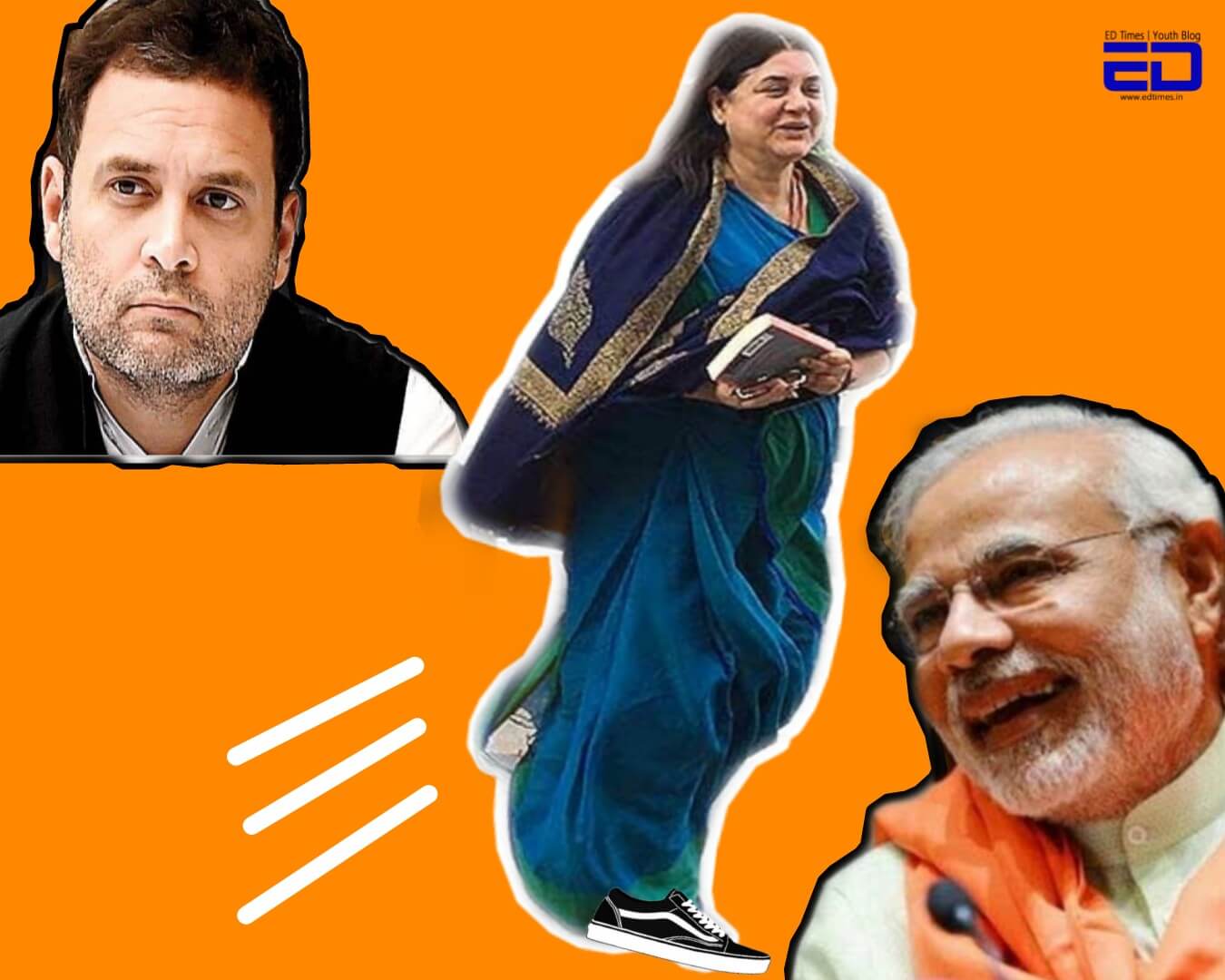 As soon as we hear the name Gandhi, the images which come in our mind are of Rahul Gandhi, Sonia Gandhi and Priyanka Gandhi. For the people belonging to 70s-80s, the images of Indira Gandhi, Sanjay Gandhi and Rajeev Gandhi immediately flash in their minds.

Subconsciously, we associate these images with a political party, i.e. of course, Indian National Congress. But over the years, when the family of Rajeev Gandhi came into limelight and became the sole heirs of president-ship in Congress, there was the family of Sanjay Gandhi (Rajeev’s younger brother) which had their own struggles to deal with.

Today, Sanjay Gandhi’s wife, Maneka and his son, Varun have gained a reputation for themselves in Indian politics. They have retained a political standing, thanks to their association with Bhartiya Janata Party (BJP).

But what made Mrs. Maneka Sanjay Gandhi leave the well-settled Gandhi household soon after the death of her husband is what fewer people know about, and we will explain it for you today.

What Was The Story Of Sanjay-Maneka?

Today, Maneka Gandhi is the cabinet minister, a strong female and a renowned animal rights activist, but back in 1970s-80s, she was a housewife who was known in political households as the wife of Sanjay Gandhi.

It was in 1973 when Maneka Gandhi and Sanjay Gandhi first met at a cocktail party. She was just 17 years of age. Sanjay Gandhi fell in love with her after seeing her in a Bombay Dyeing advertisement.

As the love kindled, Maneka’s mother got to know about the affair and immediately sent her to her grandmother in Bhopal.

As soon as she came back, the engagement was fixed and soon after the wedding, Maneka became the “Choti Bahu” of the then most power household in India.

They had a child together and named him Varun. Varun is known by the name of Feroze Varun Gandhi now and is a BJP leader. Varun was just 3 months old when Maneka and Varun’s lives changed forever, Sanjay Gandhi had died.

What Made Maneka Leave The House?

On March 31st, 1982, The New York Times reported, “The 26-year-old widow of Mrs Gandhi’s son Sanjay left the Prime Minister’s residence Monday night with her belongings after the Prime Minister reportedly sent her a letter accusing her of disloyalty… Maneka Gandhi declared, ”I was thrown out of the house, for what I do not know.” She said she was ”very fond” of Indira Gandhi and added, ”If my mother-in-law wants me back, I will certainly return.”

It was always reported that even during the lifetime of Sanjay Gandhi , the relation between the daughters-in-law of Mrs Gandhi was cold and frigid.

Things came to peace only when Maneka was expecting Varun, but soon after the death of Sanjay, things went haywire again.

The relation between Sonia and Maneka was warm and sympathetic towards the start of their relationship as sisters-in-law. Sonia, being the elder one had greater control over household matters and kitchen than Maneka.

Maneka, on the other hand, was not fond of spending her time in the kitchen; rather, she helped her mother-in-law with political speeches.

After the emergency, when Indira lost power, Maneka turned out instrumental for restoring Indira’s old image. On the political front, Maneka was fighting for the interest of the family but her personal life was facing equal turmoil.

The fights at home resulted in Indira trusting Sonia more than Maneka. Once the family left the Prime Minister’s house after Indira’s defeat in 1977, the Sonia-Indira bond grew stronger.

When Sanjay Gandhi died, Maneka started feeling lonely and was also upset by the preferential treatment that was received by Sonia, both at home and in social gatherings.

Family friends of the Gandhi family say that a number of reasons made Sonia Indira’s favourite, one of which was her housewife attitude.

Sonia opposed the entry of Maneka in Indian politics even though she never favoured Rajeev’s entry in politics; while on the other hand, the Anand family (Maneka’s maiden family) was viewed with distrust.

Maneka was allegedly disheartened by Sonia’s strategy to show Sanjay Gandhi in poor light and project Sonia and her children as the sole inheritors of the political legacy of Indira.

When Indira got the news of Maneka’s political ventures, she plainly asked her to leave the Safdarjung Road situated residence and Sonia didn’t attempt to make peace between the two.

Sonia and Indira were in London when Maneka gave the so-called disloyal speech from the Sanjay Vichar Manch.

As soon as Indira came back, both of them had a big fight and at 1 am, Maneka left the house with her 3-year-old child and made her way towards a promising political career waiting for her.

The ones who saw the entire family drama equated it with one in a daily soap, Indira was all furious and shouting and the ever-so-outspoken Maneka was sobbing and speaking in a low voice, they said.

Over the years, Maneka lived a journey full of struggles. She separated herself from the Gandhi legacy, despite retaining the Gandhi surname. For Maneka, a love story which started with a rosy tint ended with bitterness and heartbreak.