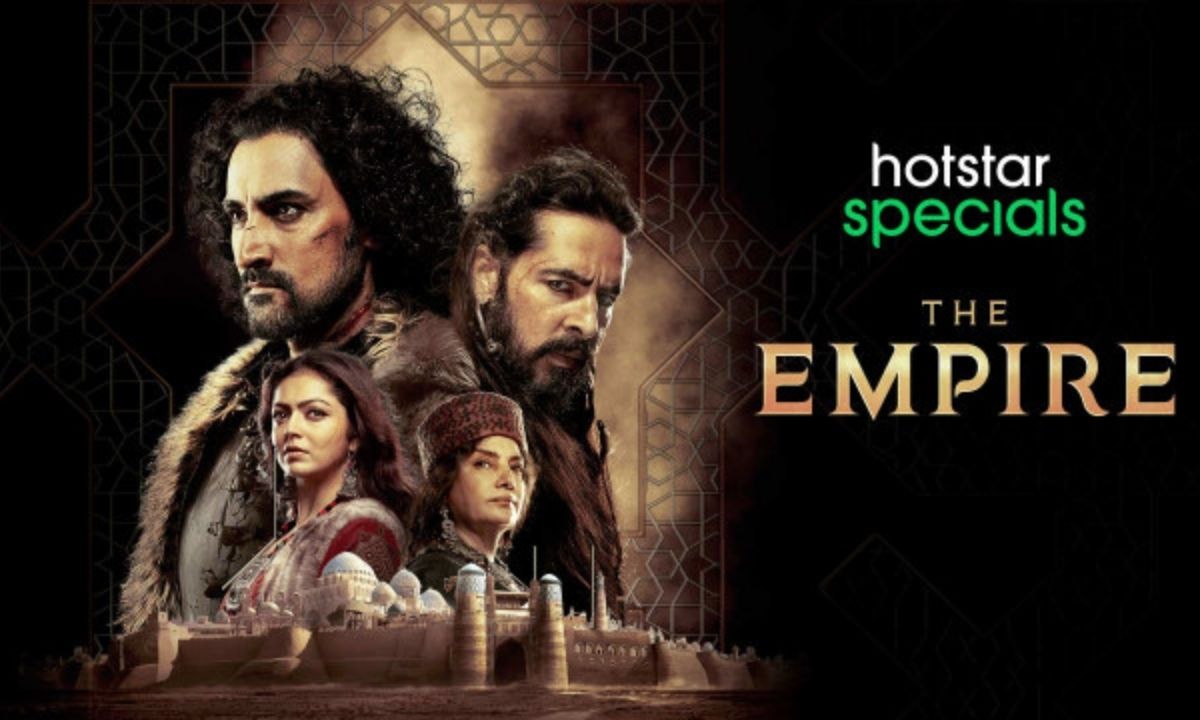 ‘The Empire’, a fiction epic of a warrior-turned-king, was produced by Disney+Hotstar in collaboration with renowned filmmaker Nikkhil Advani of Emmay Entertainment.

Directed by Mitakshara Kumar and produced by Monisha Advani and Madhu Bhojwani, it was released on the streaming platform on August 27 on an unprecedented scale, bringing together India’s best performers, breathtaking graphics, and a riveting narrative (Emmay Entertainment). 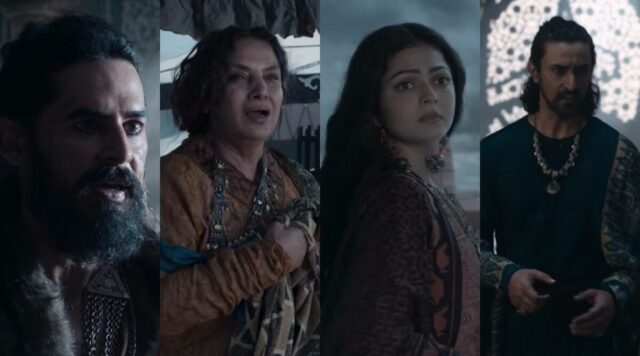 The show’s lead actors are Kunal Kapoor, Shabana Azmi, and Drashti Dhami. The fictitious series, based on Alex Rutherford’s ‘Empire of the Moghul: Raiders from the North,’ explores the origins of a dynasty and brings to screen the tale of an empire from the Ferghana Valley to Samarkand and even beyond.

How Did The Web Series Become Controversial?

In the teaser, ‘Babur’ claims that no matter how hard life fights, death always triumphs, and that he has been fighting death since he was 14 years old.

In the two-and-a-half-minute trailer, ‘Babur’ was expected to understand how he would ensure that all people in his kingdom are taken care of. After losing Samarkhand, he travels to Hindustan to overthrow the Lodhi dynasty and establish Mughal authority. 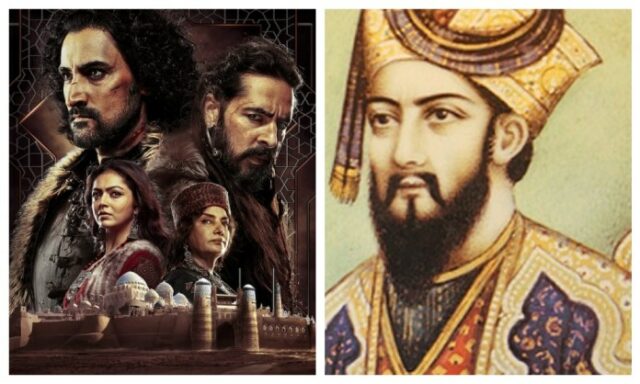 Accusing the complainant of ‘prejudging’ the whole series based on a trailer, which Hotstar claims displays only a portion of the show in order to generate interest, Hotstar stated that no grievance complaint was previously accepted when it was based on a trailer.

According to the complainant, the Hotstar online series is offensive since Babur was a murderer who slaughtered lakhs of Hindus during his invasion of India and also demolished the Ram Janmbhumi.

The Complainant took issue with the character ‘Babar’ being glorified. The complaint claims that Babar’s acts, continue to create sorrow for Hindus throughout the world and that the exhibition might lead to severe law and order situations in India. After destroying the old temple of Lord Ram in Ayodhya, Babur’s men constructed the Babri Masjid.

Also Read: Profits Earned By The OTT Platforms Before And Post Pandemic?

As soon as ‘The Empire’ debuted on Disney+ Hotstar, disgruntled viewers accused the creators of the web series of praising the Islamic invader Babur. Hotstar has rejected complaints about its series ‘The Empire’ on Babur, which dramatizes the Mughal invasion, stating that it is based on an adaptation of a novel, which fictionalizes historical events.

Hotstar addressed the grievance filed by Vikas Pandey, a software expert, and activist, on Wednesday, after other viewers had already filed concerns with the grievance officer.

However, although Hotstar dismissed accusations that the series celebrates Mughal conqueror Babur, Twitter users continued to express their discontent with the trend, which was number one when this story was filed.

“Stop Glorifying invaders of India. The truth of Babar has been written by Guru Nanak Devji in “Babarwani”.How did he destroy Hindusthan?”, wrote a Twitter user while “A series name “the empire” glorifies Babur Let’s #UninstallHotstar Tel Laga Ke Dabur Ka, Naam Mita Do Babar Ka..! #TheEmpireStreamingNow #TheEmpire” tweets another. 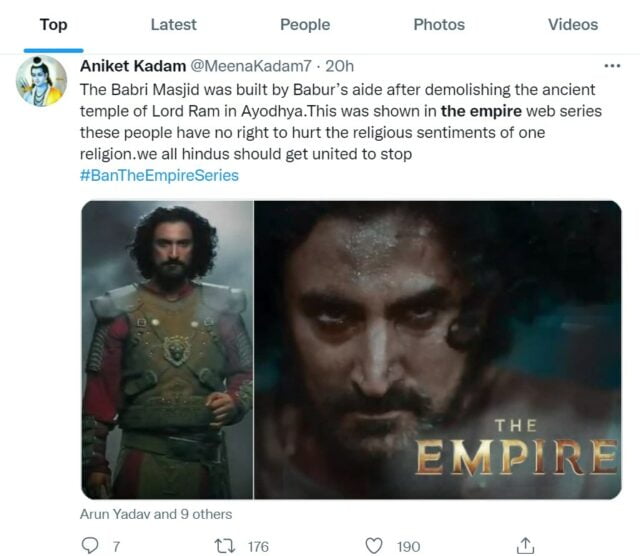 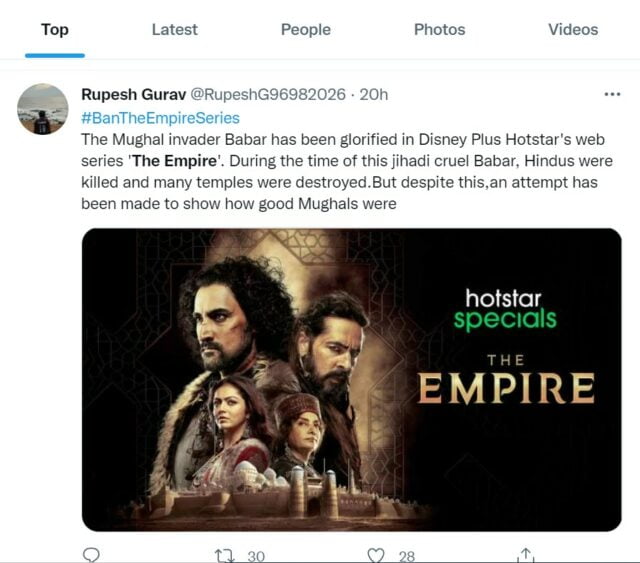 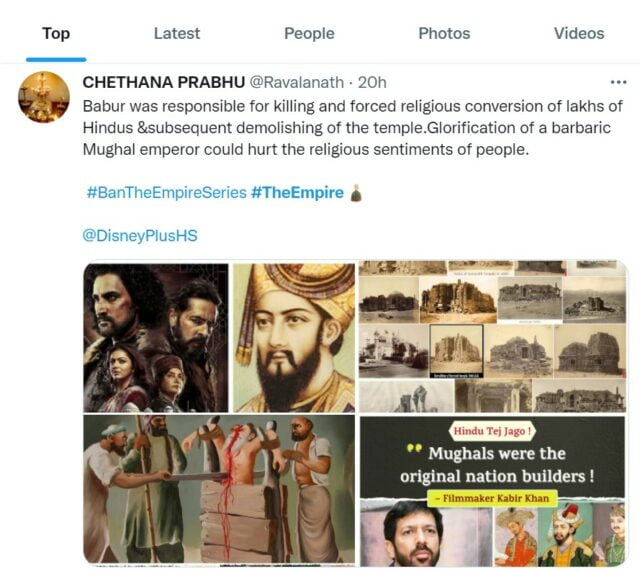 Advani said, “For me, the force field, in this case, has been the book. I am following the book. If you have an objection you need to understand that as a maker and storyteller I have been fascinated by the book and by the story they have told in the book.” “I love the success and failures of the characters in the book and that is why I tried to bring it to the screen,” he added.