Visions 2018: The Immortal Fest By SIES College Of Arts Science & Commerce Is Back For Its 27th Year

With the strength of immortality and vision to end the year on a high note, SIES College of Arts Science and Commerce is all set to embark on our quest towards Visions- Ashwatthama 2018.

Recalling the memories of the past 26 years and continuing the undying legacy, Visions 2018 has arrived with a thunderous bang.

With a theme that speaks of immortality and balance, the fest is on the path of being as positive and vibrant as it has always been. Visions Ashwatthama: The immortal is a unique theme.

With a unique array of events ranging from performing arts to sports, digitals and informal all laced with twists and fun, for you to get an experience like never before. 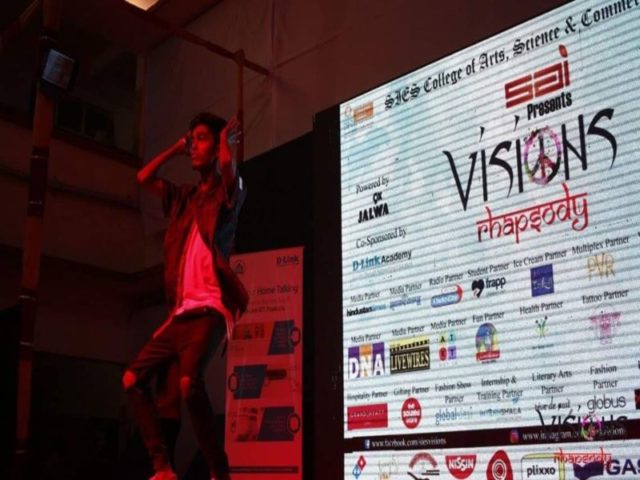 Events like Kpop, Mime, Football, Cricket, and Run baby Run have grabbed many eyeballs already, and rightly so.

With the crown of glory passed forward as a title worn with pride, we present Mr. and Ms. Visions 2018.

For the evenings that resulted in hangovers that lasted for days and memories that were cherished for months that came, here’s an opportunity to relive it all under the same roof with the same star – Pro nights at Visions 2018.

For all those students who swear by the fun they’ve had at Visions throughout the years, we in 2018 aim to recreate all that and so much more.

So grab your mates and book your rides because Visions 2018 is here to give you the time of your lives.

If there’s anywhere to be on the 17th and 18th of December, it’s here at Visions: Ashwatthama 2018. So what are you waiting for?

ED is proud to be their Blog Partner

MindSpark 2018 By College of Engineering, Pune Is Coming Back With A Bang In Its 12th Year

Facebook
Twitter
Pinterest
WhatsApp
Previous articleThe Good And The Bad Of BJP And Congress In A Nutshell: 2019 Elections
Next article5 Roadside Vendors/Kiosks South Campus Students Should Know Of