With Lok Sabha elections less than 4 months away, one cannot stop anticipating the outcome. A lot has happened in the past four and a half years, and these are the things that will determine the result of General Election 2019.

Let’s go back to 2004, when Congress surprisingly won the General Elections. BJP had then given the slogan of ‘India Shining’ which Sonia Gandhi and the people of rural India saw as a mockery. To the surprise of many, Sonia-backed Congress defeated a much powerful BJP with a ‘pro poor’ and ‘pro farmer’ image. 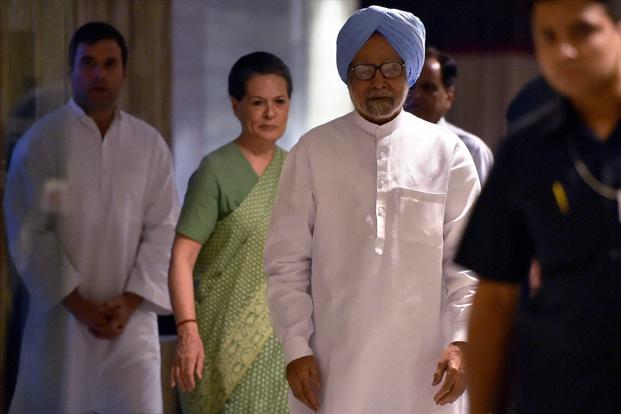 The poor and the farmers have traditionally been Congress’ focal points, back from the days of Lal Bahadur Shastri and Indira Gandhi to the Congress of the present day. Owing to its image, Congress is likely to raise these issues again in the upcoming elections, like it did in 2009, and more recently in the state elections of Rajasthan, Madhya Pradesh and Chhattisgarh. Clearly, it worked for Congress.

For instance, it has brought GST reform and numerous schemes with really catchy acronyms.

It is for this reason why BJP too might be re-elected as the ruling party in the Lok Sabha. Triple Talaq verdict, Right to Privacy and decriminalization of Article 377 too were some great achievements, but the Supreme Court of India is to be credited for it, and not just the government.

We don’t have NDA 2.0 (yet) to compare it with UPA 2.0, but we certainly don’t want the former to be like the latter either. While the 1st term of Congress was marked by some progressive steps, its 2nd term was marked by corruptions and scams.

Coal allocation scam (or Coalgate) and 2G scam are just the most (in)famous ones. The scale or magnitude has not yet been calculated. There was a lot of corruption, so much so that Anna Hazare felt a need to go on a food strike to bring the Lok Pal Bill which is yet not fully implemented.

BJP won in 2014 with the promise of ‘vikas’ – development, while targeting the corrupt nature of UPA 2.0. It has tactically set the completion dates of most of the promises in its presumed 2nd term. It is true that development takes time, but this development is falling way behind its schedule to be completed anytime soon.

For instance, the promise of 20 million jobs; the number of jobs created is ambiguous, but we did get a huge statue in the name of tourism. Or the promise of 50 lakh houses under the housing-for-all scheme, out of which barely 20 lakh are completely made.

Also Read: Why Are The Farmers In India Under So Much Stress? What Is The Farmer Issue Exactly Which Made BJP Lose 3 States

Initiatives like StartUp India and Swaccha Bharat Aabhiyan were great. So was the boost given to MSME sector. On the other hand, demonetization was an unplanned disaster. The informal industry and the primary sector paid the price for it.

The ruling regime changed the motive of the activity every time the numbers spoke against their rhetoric. First it was to counter black money, and then to help boost digitalization. It did so in the beginning, but then people came back to their hard currency addiction. Then again the motive was changed to counter counter-fiat currency, but fake currency is back in the game again.

Infrastructure development, in particular road construction was admirable, but was compensated with the cost of environmental degradation. Cow vigilantism and mob lynching came complementary with this regime, along with visible polarization of the masses; and that is nothing to celebrate.

Recent stats reveal that the growth rate of UPA’s 2nd term was better than that of NDA’s 1st, which questions BJP’s primary campaign slogan – ‘acche din aane waale hain’, which were supposed to come via growth and development.

Conclusions From The State Elections

Talks on Ayodhya Mandir/Masjid have resurrected when general elections are near. But the recent loss of BJP in its ‘Hindi heartland’ bruised its dream of ‘Congress mukt Bharat’ i.e. India free from Congress, and showed that mythology works when people are well fed. Congress on the other hand, addressed the agrarian crisis and the people rewarded it.

In Telangana, BJP won a laughable seat. Yes, it really won just one seat in the state elections of Telangana. In other states of peninsular India too, BJP has minimal presence (except Karnataka and Goa) which shows its influence is limited to its ‘Hindi heartland’, which too is diminishing now. Clearly, ‘Mandir-Masjid politics’ is not working out fine for BJP, especially in the developed South. 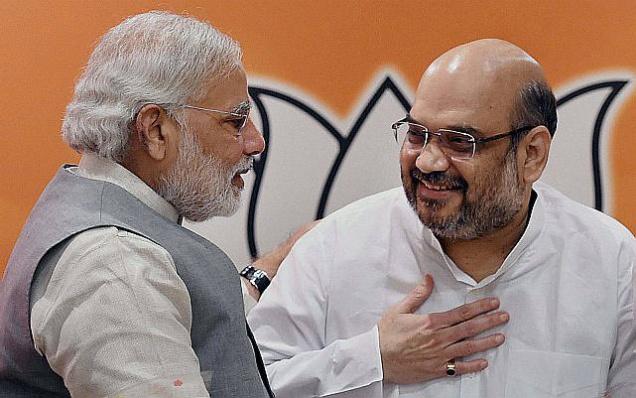 Thus, BJP has gained where Congress has lost, and vice versa. But if one is to see the seat-wise distribution, the net gain certainly belongs to the BJP.

Meanwhile, some ‘developments’ have also taken place in the Indian society in the last four and a half years. In the first half, people believed that BJP will get an undisputed 2nd term. Now Congress seems to be gaining grounds, but not yet enough to win. Many regional players have also become too important to not hold stakes – AAP, TMC, AIDMK, DMK, to name a few.

BJP still might win, but not with a landslide. Whoever will win will have to form a coalition government for sure.

No party is perfect. Both Congress and BJP have their upsides and downsides. India is the largest democracy in the world and being a part of that democracy, we must all vote; for every vote counts. 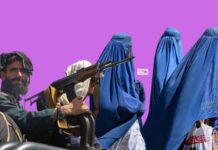 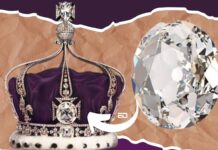 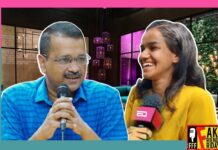 “Who Doesn’t Love Ample Money Coming In Their Treasury,” Kejriwal On Having Liquor Shops At Delhi Metro Stations (Satire)