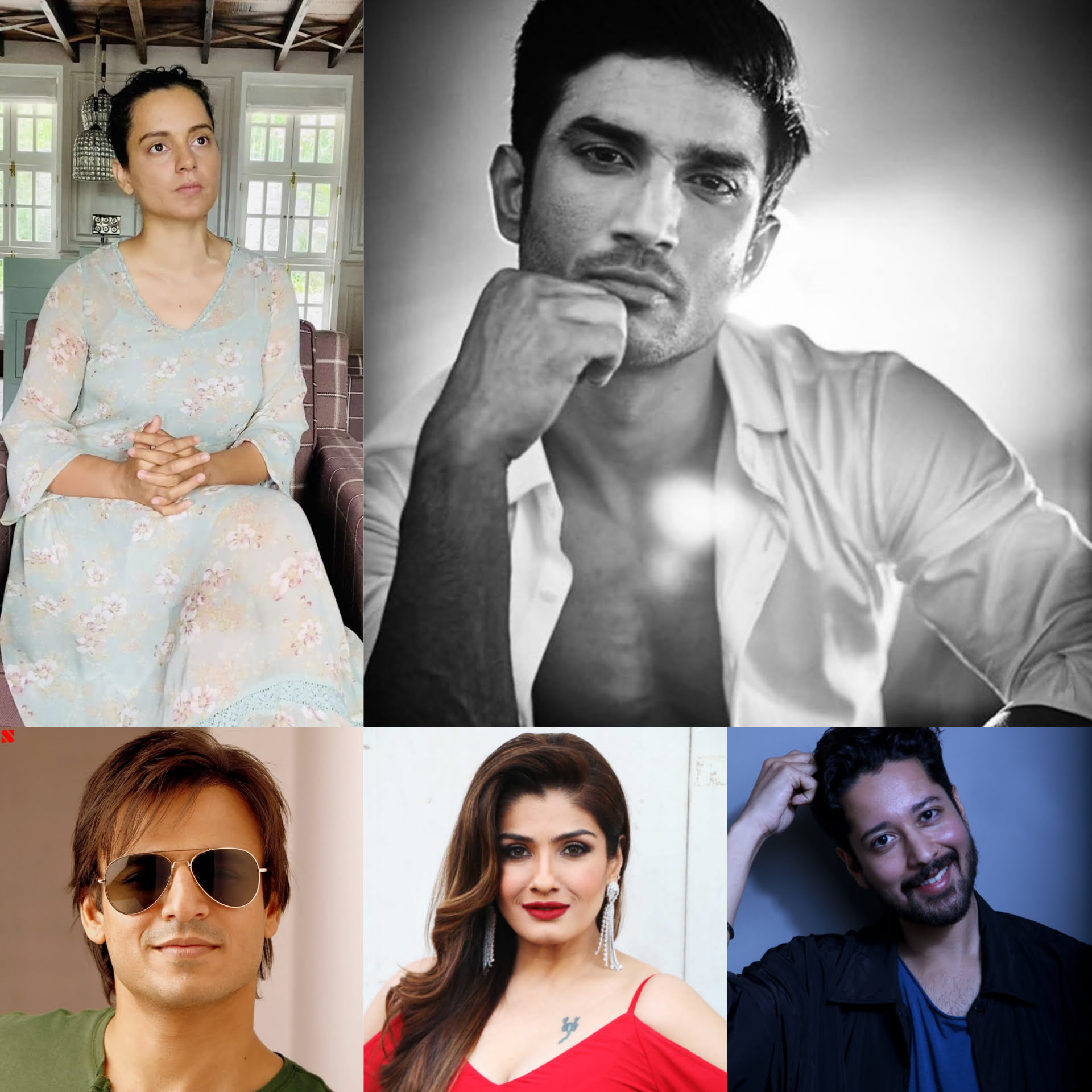 2020 has been a drastic year, especially for Bollywood.

We lost three gems of Bollywood in the last few days. Sushant Singh Rajput died by suicide on 14th June, bidding adieu to the world at the age of 34. This has shaken the entire nation to the core.

What made Sushant take this reprehensible step is still unclear but his history has been pointing out to the evils of Bollywood that might have eaten him inside out. 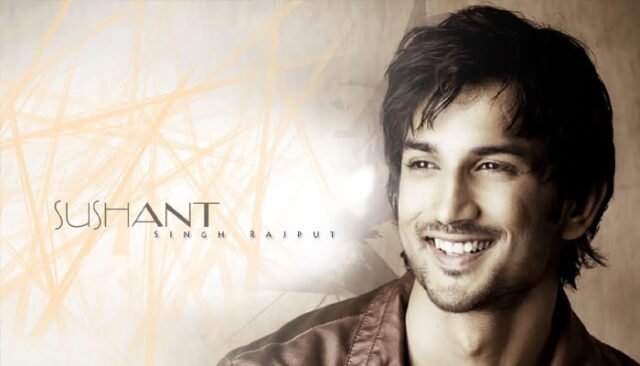 Apparently, he was suffering from depression from the last six months and had almost cut himself from the world outside.

Reports say that he was on medication but he refused to take them in the last few months. Without medication news reports say, his depression got worse and worse and he lost his battle from life.

Bollywood Refused To Accept Him

In February, Kamaal Khan tweeted that Yash Raj Films, Sajid Nadiadwala, Salman Khan, Balaji, Karan Johar, Dinesh Vijayan, Sanjay Leela Bhansali, T-Series all had boycotted Sushant Singh Rajput and he would have to do TV series or short films to make a living.

When he refused a few movies by YRF, they started oppressing him and most of his movies were given to Ranveer Singh. His last movie Chhichhore was a blockbuster. 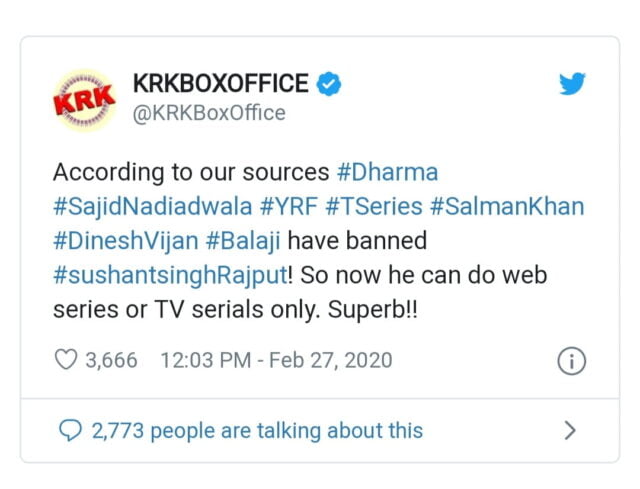 According to a report by Times of India, “There were some tweets in which Sushant himself was asking his fans to watch his films saying he has no Godfather in Bollywood and he will be out of the job if we don’t watch his movies“.

He had also made statements saying he was treated as an outsider and didn’t get invited to Bollywood’s big parties and weddings.

It is long-established that Bollywood promotes nepotism from the YRF era and this was pinned when they awarded Ananya Pandey the best female debutant of the year. 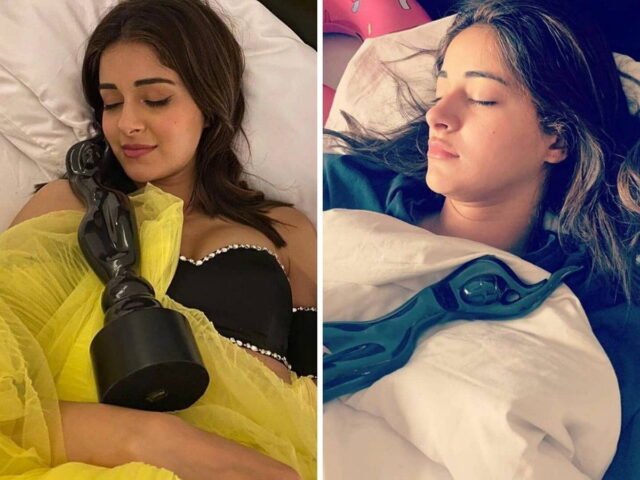 Actors Are Openly Sharing The Wrongs That Happen In Bollywood

It is good to see that celebs are opening up to their haunting experiences in Bollywood and how they fell prey to Bollywood nepotism. After Kangana Ranaut shared her video on Sushant demise, #JusticeforSushantSinghRajput has been trending on twitter. (Referral video)

In her video, she looked furious and made strong statements against Bollywood. She explicitly claimed how the industry pushed the 34-year-old talented actor to the edge of suicide, making it a planned murder.

She also revealed that she gets messages from people who tell her not to take any wrong step in life. She exposed the agenda of the film fraternity and the journalists.

Also read: Sushant Singh Rajput “Was A Gentle Person And A Gentleman” This And More Personal Recounts Showing The Impact He Made On People

After her video, several celebs also shared their experience on social media.

Vivek Oberoi shared a heartbreaking message in which he said “I truly wish I could have shared my personal experience and helped him ease his pain“. 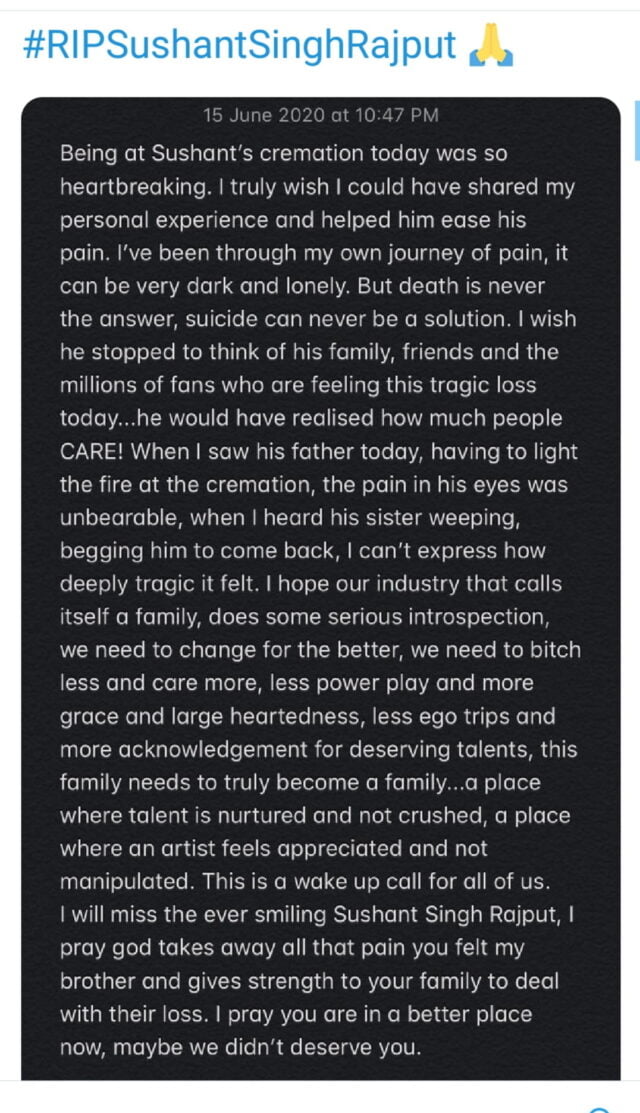 A lot of Sushant’s friends and acquaintances from the industry including Sapna Bhavani, Anubhav Sinha, and Nikhil Dwivedi among others have called out Bollywood for its hypocrisy. 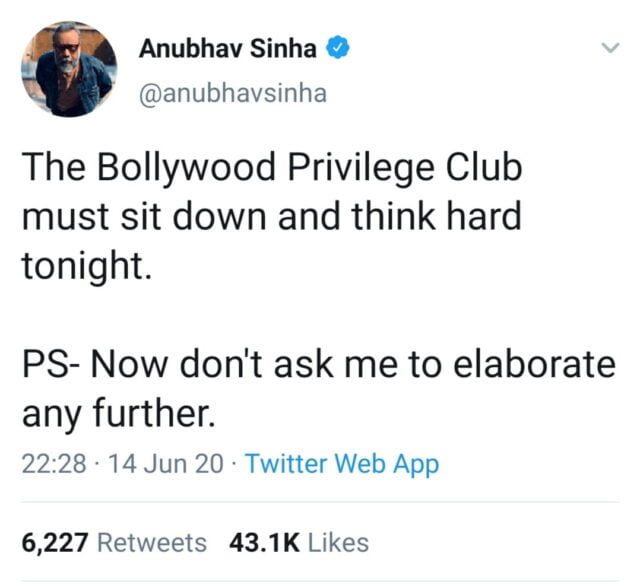 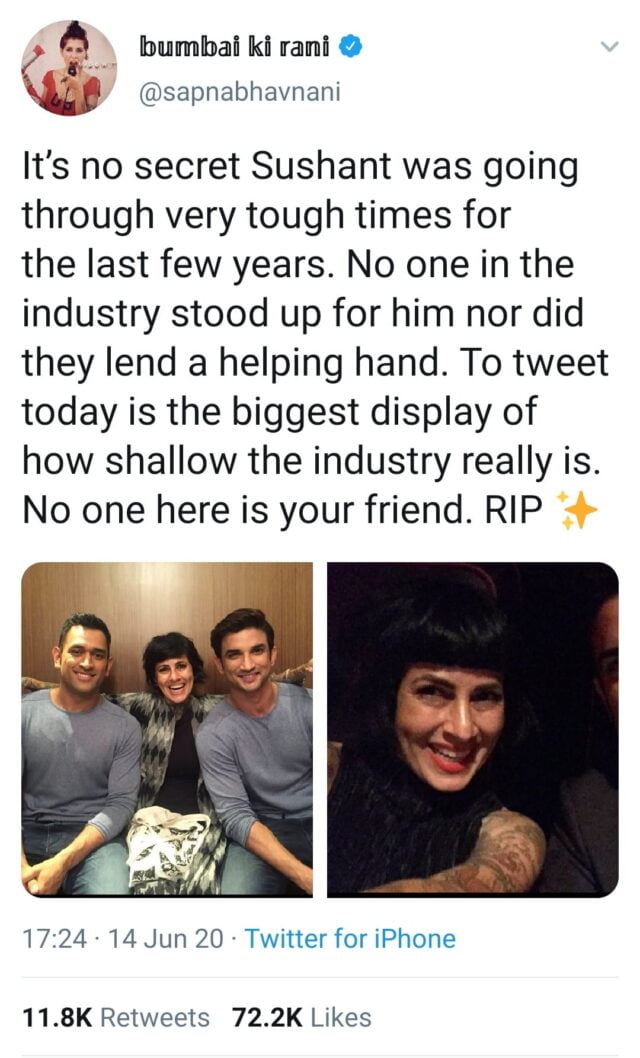 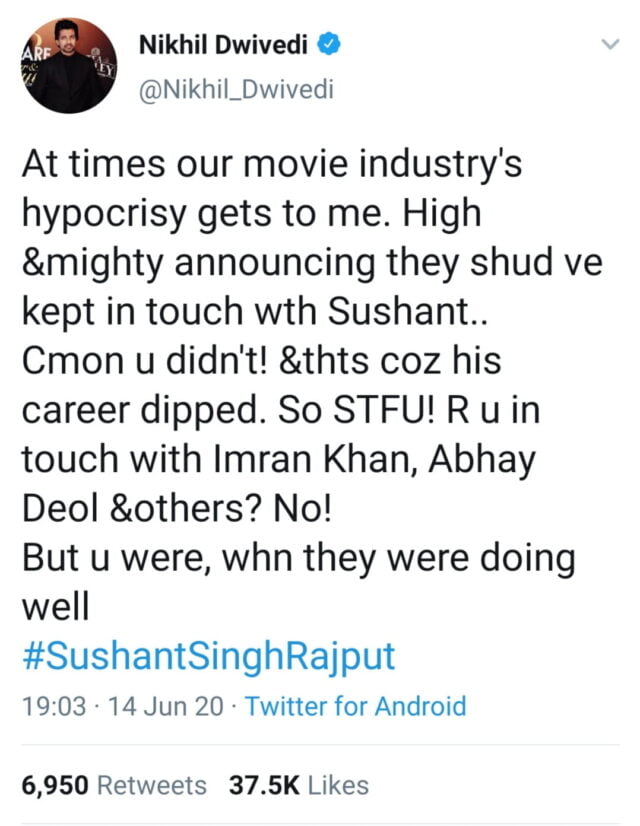 Shekhar Kapoor, a friend of Sushant’s and also the director of his unreleased film ‘Paani’ which he chose over a few movies by YRF, tweeted how some people let him down so bad that he would weep on Shekhar’s shoulder. 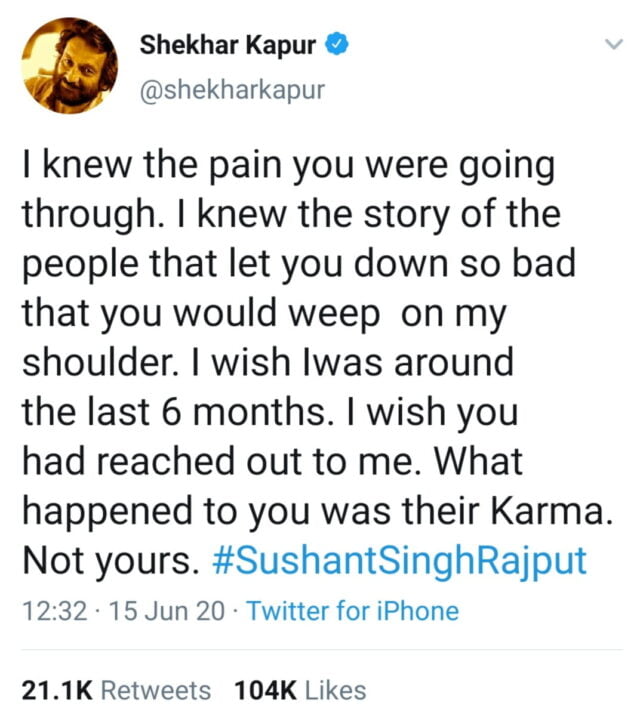 Former member of Indian Parliament Sanjay Nirupam has also revealed in his tweet that despite the massive success of Chhichhore, Sushant lost 7 films in six months. 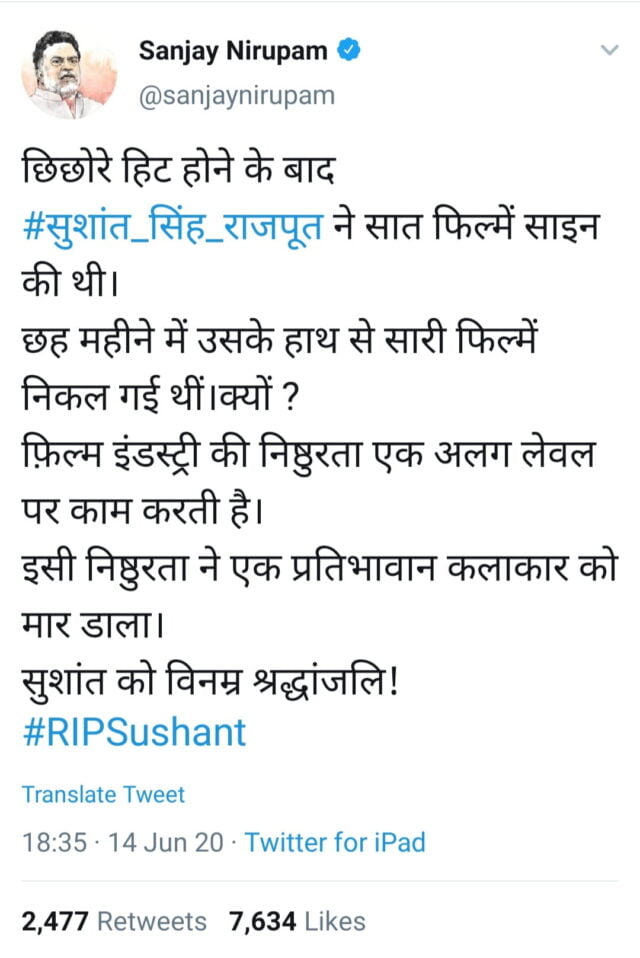 Raveena Tandon also reached out on social media and tweeted how sometimes careers are destroyed. In her tweets, she said, “The more they tried to bury me the harder I fought back“. 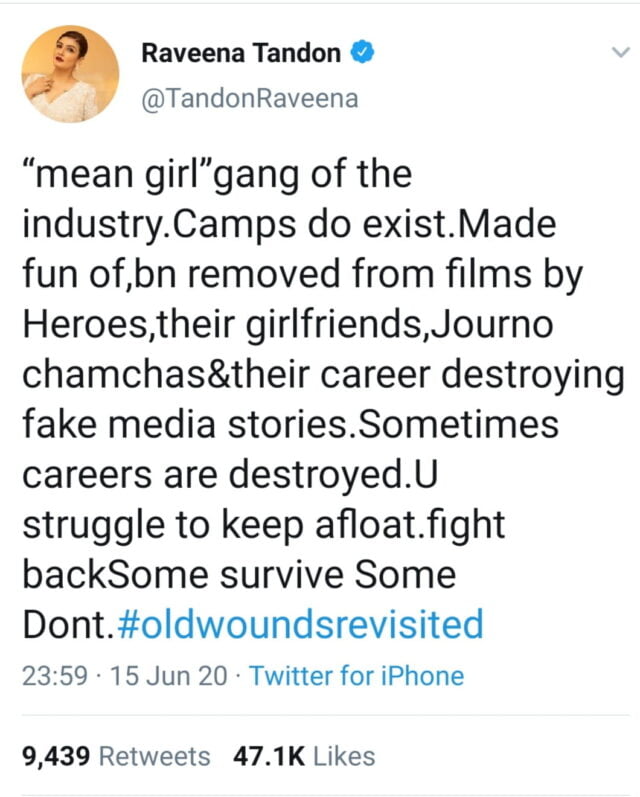 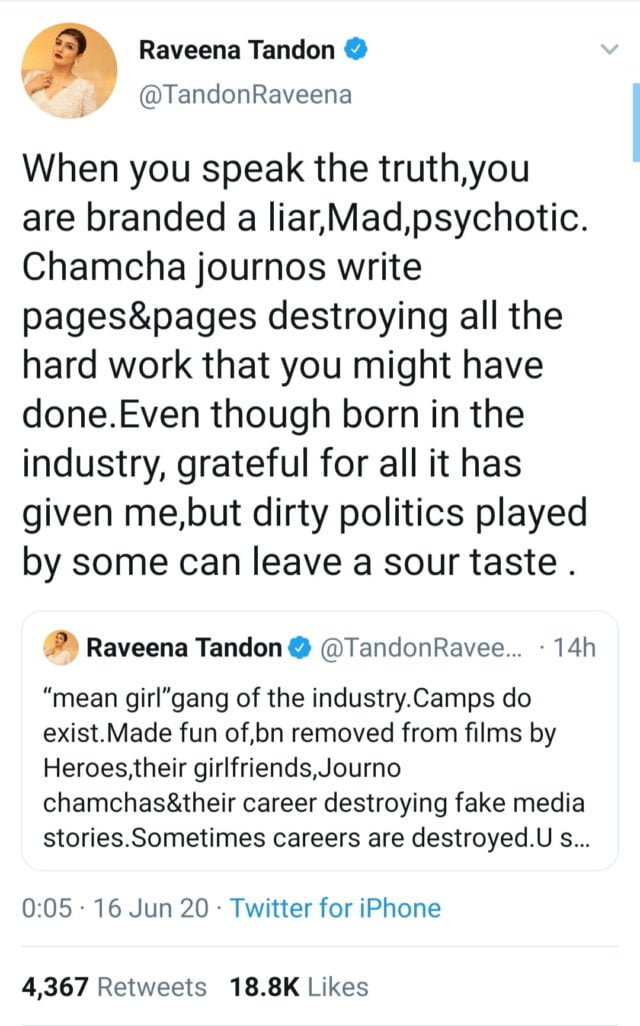 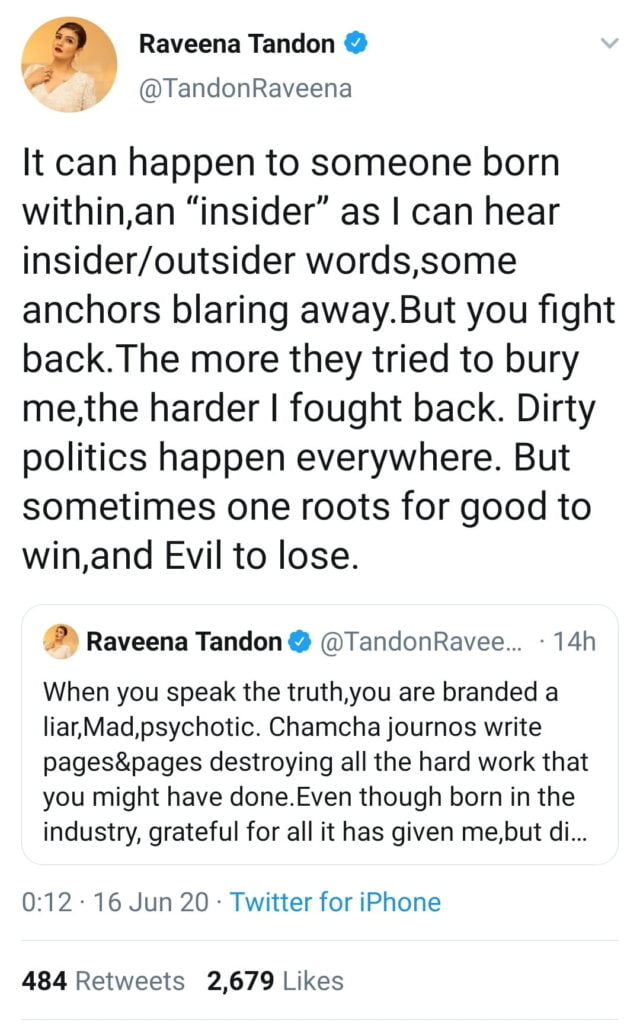 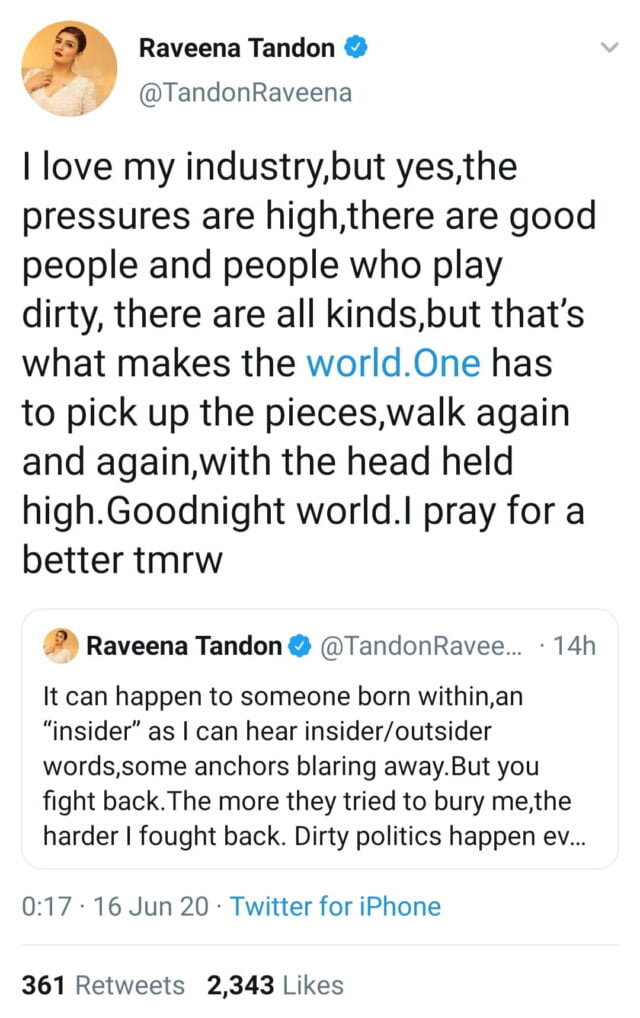 In an article by Times of India, Koena Mitra, an Indian actress slams Bollywood by saying, “He’s not the first one, there are many such Sushants in our industry“. 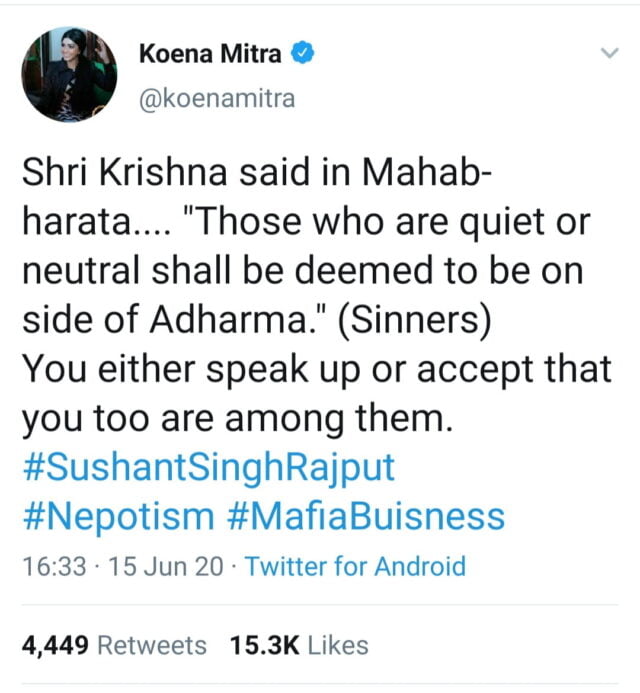 Rajat Barmecah, the leading actor in film Udaan (2010) also bashed out at Bollywood for writing great things and long essays on Sushant when he is no more to read them. (Referral video) 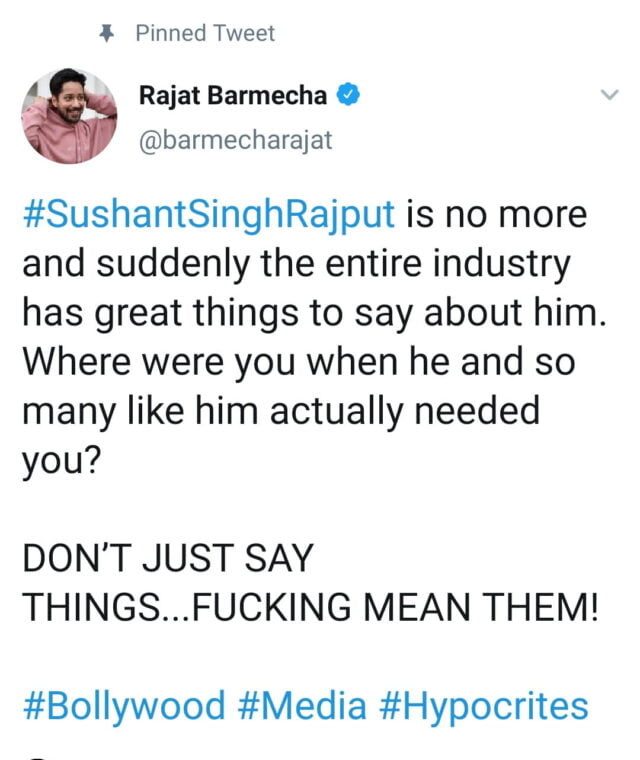 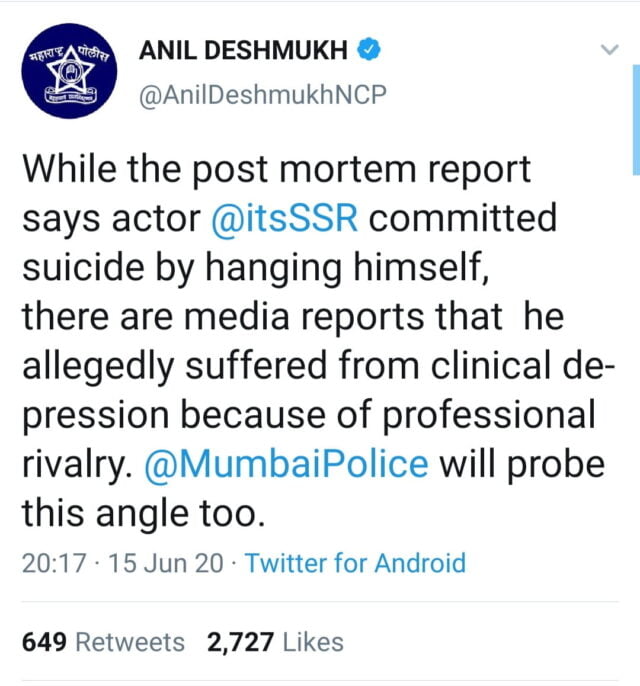 Nepotism Is The Real Evil Of Bollywood

Sushant Singh Rajput was virtually trolled, ragged, and bullied just because he started standing out from those star kids. He made his place in Bollywood because of his diligence and not a surname.

It is true to a certain point that Karan Johar, YRF, SRK, Salman Khan, and some more are all a gang and you can’t survive in Bollywood without their blessings.

India is amongst the top movie industries in the world. It makes the second-highest number of movies worldwide and still, it is controlled by a few nepotists. It is not less than an ignominy. 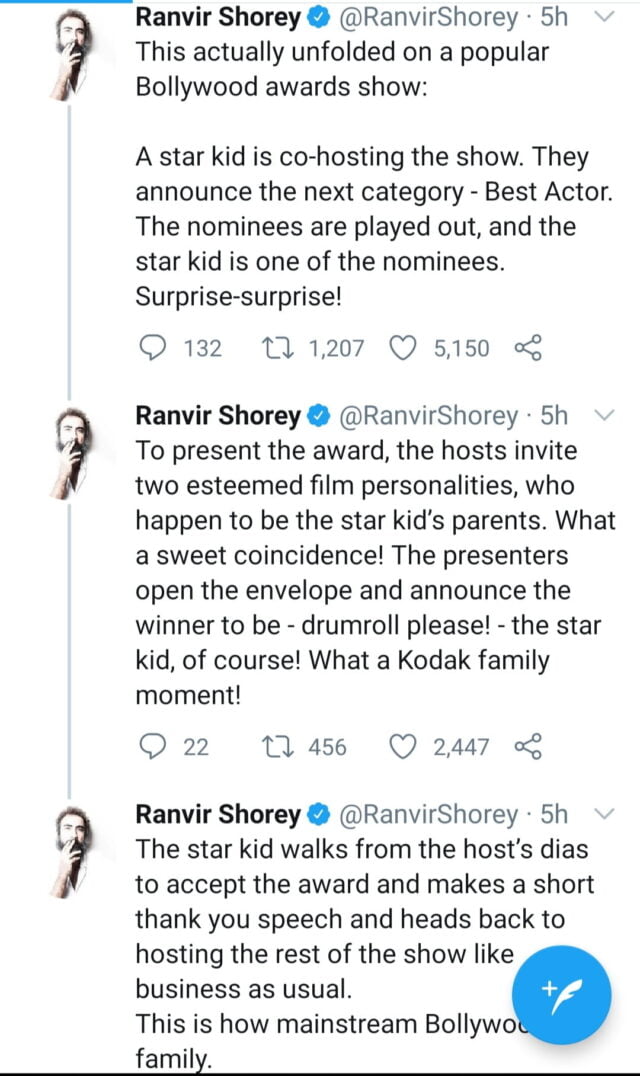 After the demise of Sushant Singh Rajput, celebs have realized that this nepotism can ingest someone’s life and it needs to be exposed.

This darker side of Bollywood has never been to the fore. But now when people are well aware of its dreadful impacts, we hope Bollywood acknowledges people based on talent and not their family.