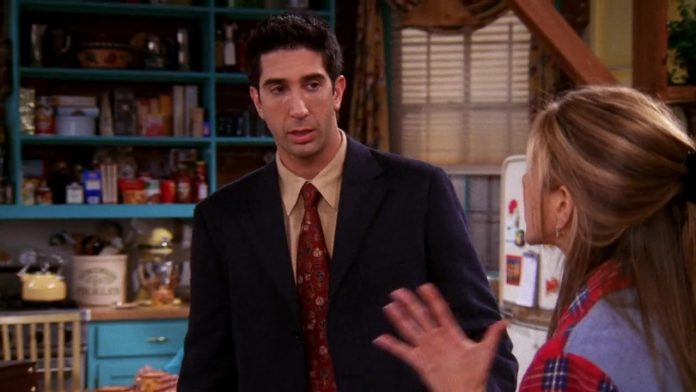 When the Indian television surprises us with amazing shows like Sarabhai v/s Sarabhai we are bound to be happy when it announces its return with season 2. So, as a welcoming note, we would like to compare two of our very favorite characters from the television industry…*drum rolls* Ross Geller and Sahil Sarabhai.

For those who don’t know who Ross Geller is: A sensitive, caring and intelligent Paleontologist from American sitcom F.R.I.E.N.D.S.

Inspite of the ups and downs in their careers and dealing with weird people throughout the day both of them love what they do. Ross Geller loves to show off his knowledge about fossils and Sahil Sarabhai has solution for every damn skin problem. They make sure to fix the differences and make everyone stand together united as a single unit.

As much as Ross Geller expresses his aversion to his sister, Monica Geller (sometimes) similarly Sahil Sarabhai doesn’t fail to amuse us with his obvious disregard for his younger brother, Rosesh Sarabhai.
Still, whatever happens they always have their back and they never fail to give us serious Sibling Goals.

Apart from the sibling goals both of our favorite characters give us Relationship Goals too. When they love, they love truthfully and embrace not only the beauty of the person but the faults as well. Ross taught us that guys can be sensitive too and they  pay attention to the minutest details of a girl.
Sahil Sarabhai taught us when you love then there’s no turning back.

5. Keeping away from superstitions and irrationality

One is a Paleontologist with a PhD and the other a doctor (skin doctor). They don’t see the world as a place for supernatural phenomenon to exist. They don’t believe in superstitions and are super rational in their approach.

Be it Ross convincing Phoebe, about the “theory of evolution” or be it Sahil Sarabhai rejecting presence of “another human” in his wife. They strongly believe it’s science and it makes the world function.

Both of them just add to the reasons for binge watching F.R.I.E.N.D.S or Sarabhai v/s Sarabhai!
Are there more similarities that you’ve noticed? Let us know in the comments below.

You would also like to read: What Happens When You Have A Spontaneous Reunion With Your Friends