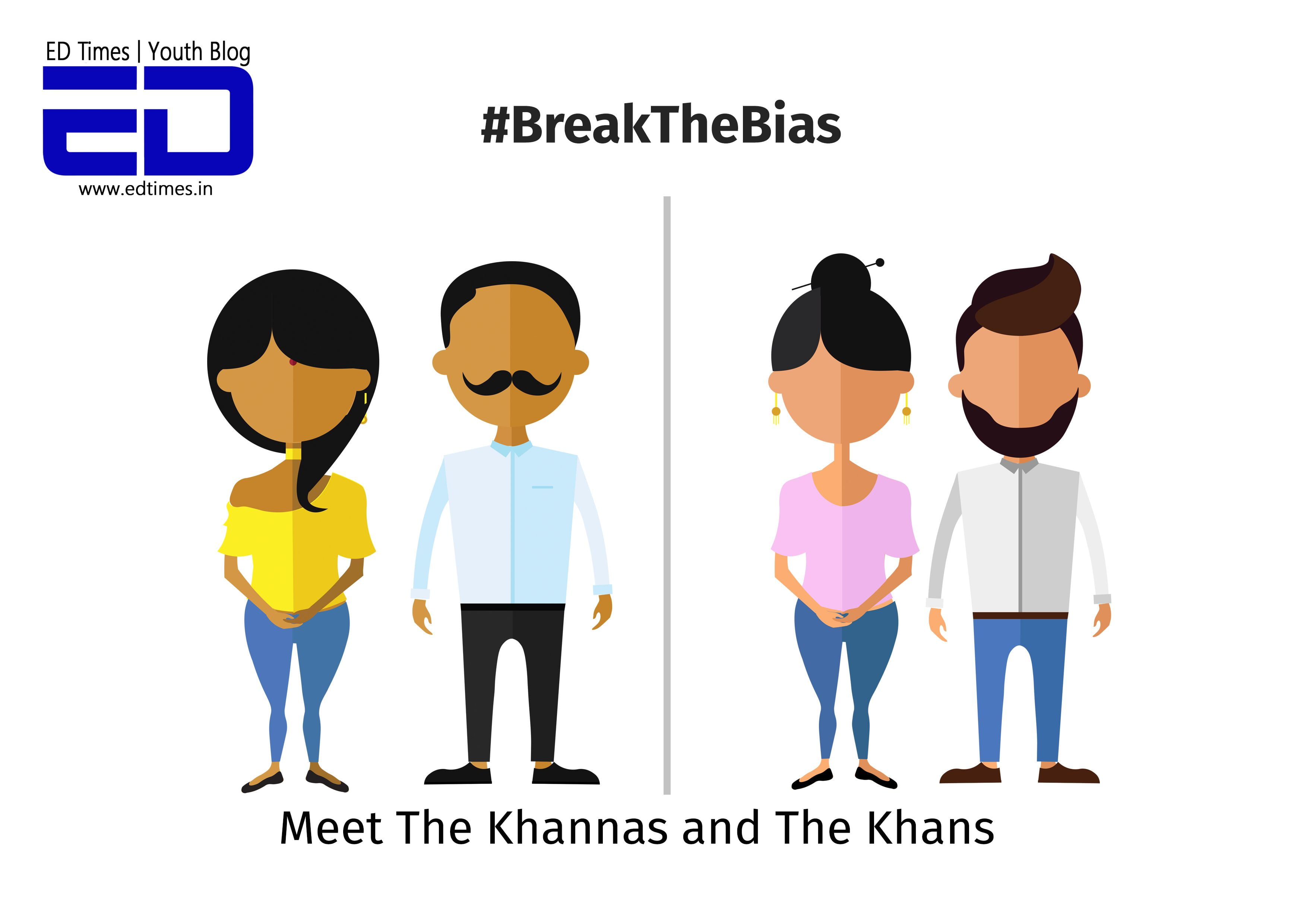 Baseless bias has divided Indians time and again. One of the key bias that has infected our minds and caused an uproar throughout our history is religious bias. Can we ever do away with it?

I believe yes. It is rather simple. Let me explain it to you with an example.

In the quiet town of Shaherpur lived two families right next to each other, The Khannas and The Khans. The neighbours shared a lot of neighbourly love amongst each other and lived in peace. They observed their daily prayers.

Also read: Islam And Triple Talaq Is Not All About Female Oppression: Let’s Know Why Till now, I am sure you can tell them apart despite similarities in their forms since, religious differences manifest in the little things that make up the larger identities in life, in clothes, speech, practices, values, beliefs.

Soon, The Khannas and The Khans had children. As neighbours, they played together, studied together, grew up together. Look closer, you cannot. In the first frame, you could probably tell them apart because we told you so. Essentially, the differences that segregate people are all in the mind, in our misconceptions, in our imaginations. Religious bias might help you categorise people only so much, but in our hearts, we are all one and the same.

These children will grow up learning from the religion that their parents practice. But whatever religiousness they eventually come to internalise, and show, will not change the fact that they are all humans at the end of the day. A Hindu baby does not look any different from a Muslim baby.

Let’s break the bias today. Deliberately. Let’s embrace our differences and do away with the biases.

Let’s break some walls, not build them.

Is India Ready For Employing The Concept Of Uniform Civil Code?