During the lockdown waking up to shocking news has become customary. A few days ago, three sadhus were lynched to death and today Arnab Goswami has been, reportedly, attacked by two Congress youth activists. 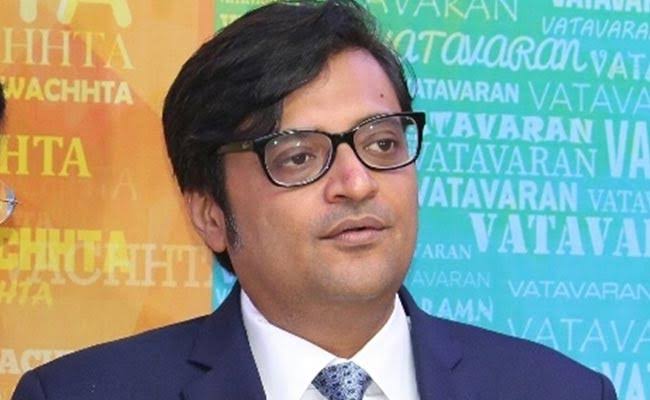 It all started on Tuesday when Arnab Goswami reportedly blamed Sonia Gandhi for the Palghar incident. Goswami said –

“Would Sonia Gandhi have been quiet if Muslim preachers or Christian saints had been killed instead of Hindu sants?”

“She’s quiet today, but I think she feels happy that Hindu sants were killed in a state where Congress has a stake in the government.”

“She will send a report to Italy about the fact that she is getting Hindu sants killed in Maharashtra,”

The allegations put forward by Goswami were not taken well and many FIR’s have been lodged against him. Congress activists took to Twitter to express their views against his comment.

Three sadhus, Sushil Giri Maharaj (35), Chikane Maharaj Kalpavrikshgiri (70), and Nilesh Telgane (35) were traveling towards Surat to attend a funeral. However, just 125 km from Mumbai, they were brutally killed by a mob.

Mr. Uddhav Thackeray has been repeatedly warning the masses to not spread hatred or give the incident any communal angle, as it was a matter of mistaken identity. There was a rumor going on that thieves were taking advantage of the lockdown and kidnapping children.

To clear matters further, Home Minister Anil Deshmukh said on 22nd April that out of the 101 people arrested, not a single one identifies as a Muslim.

The Attack on Arnab

At around 12.15 am on Thursday, Arnab and his wife were returning to their home when they were attacked by two men on a bike. In a video, he uploaded on Twitter, Goswami alleges that the men were riding their bike parallel to his car and suddenly stopped right in front of the car.

One of them pointed towards Arnab and rode next to his window. They attempted to break his window pane by repeatedly banging on it. Though the attempt was unsuccessful, they managed to throw a few bottles filled with some unidentified liquid on the car.

When Goswami realized he was being attacked, he drove swiftly inside his society while the guards caught the men on bike. The security guards claimed, later, that the men were young Congress activists and were sent by higher authorities to attack Goswami.

FIR has been filed against the men at NM Joshi Marg Police Station. They have already taken two suspects into custody.

Arnab blamed Sonia Gandhi for the attack and called her a ‘coward’, but reports are yet to be confirmed. The series of events have fuelled a communal war on Twitter among Congress and BJP supporters.

However, any such political fire is likely to burn the entire nation at this point in time.

Demystifier: Why Are People Being Paid To Buy Oil?