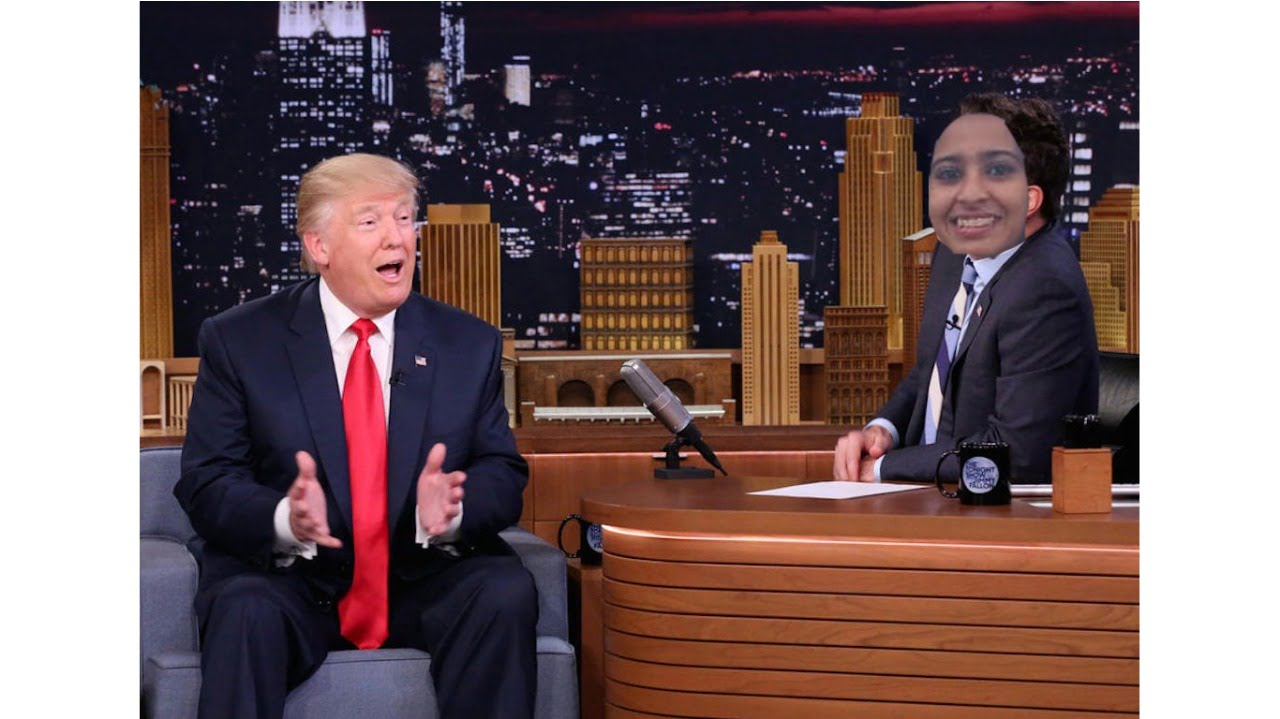 ED: Hello everyone. The New Year began with a bang, and that too quite a literal BANG! Confusing much? Worry not, for things will get much, MUCH clearer once we begin our conversation with tonight’s special guest, President of the United States, Mr. Donald Trump!

(The President walks in waving fervently at the camera. He seemed lost when it came to finding his designated seat, but then he managed to figure it out.)

ED: Hi Mr. President, it’s great to have you here with us today.

Donald Trump: You know what, I feel the same way. No, no, you don’t have to thank me because oh well all my interviews are perfect… they’re perfect, you know what I’m saying. Some even say I need to get a Nobel for being the best interviewee.

ED: (Awkwardly) Uh… ya I mean, who could deny that, but Mr. President I don’t think the Nobel Prize works…

(Guest cuts us off mid-sentence)

Donald Trump: Is there no covfefe here?

Donald Trump: Covfefe! I have it wherever I go. It’s good for managing the day you see. So much work! So many hours! So much golfing!

ED: Oh you mean coffee? Oh sure we could arrange that!

(Covfefe… I mean, coffee is brought for the guest.)

ED: So Mr. President, I’m sure you have a lot to say about the New Year, I mean you did send the whole world in a frenzy with the air strike at Baghdad, killing Iranian general Qassem Soleimani…

Donald Trump: You know it’s amazing how the fake news reports these things. What frenzy? The world was happy. I made you happy. I made Iran happy. The World is at peace now. Obama couldn’t do it, but I did. Now where’s MY Nobel?

ED: Umm… but don’t you think it was just a little too extreme, considering that’s what your top military officials also think?

Donald Trump: Go overkill, go extreme, nothing wrong, you just have to trust your gut. I mean come on, I didn’t become the richest man alive by picking the middle road.

ED: But didn’t you file for bankruptcy 6 times?

(Interviewer shifts uneasily in her seat.)

ED: Ok, maybe we have some fact checking issues here. But was it true that you were having ice-cream while the attacks on Iran were taking place?

Donald Trump: False! I was having meatloaf and ice-cream while they attacked Bagdadi.

ED: Well, I hate to ask you this Mr. President, but what are your thoughts on your impeachment?

Donald Trump: (He turns to a more reddish hue of orange) You know what, this is ridiculous! This is nothing short of a witch-hunt by the good-for-nothing Democrats! I GOT IMPEACHED FOR MAKING A PERFECT, and let me tell you this, A PERFECTLY PERFECT PHONE CALL! READ THE TRANSCRIPTS!!!!

ED: (Trying to salvage the situation) Ok ya we… get you sir, we do. Moving on… Do you think you’ll make a comeback in the next elections?

Donald Trump: Comeback? What do you mean comeback? I AM HERE TO STAYYYY!

ED: Alright then, so Mr. President…

Donald Trump: You know what, can we make this quick? My lunch just came in.

ED: (Stunned pause) Right, sure, so quickly, your thoughts on Global Warming?

Donald Trump: Oh we need it, we need that warming real bad. You know we had the worst winters in New York last year, why would anyone say no to a bit of sun?

Donald Trump: You’re welcome. And let me tell you this… this covfefe needs some sugar. That’s all I’m saying!

Fake Friendly Fridays: We Put Arjun Reddy, Kabir Singh, Adithya Varma & Their Anger In One Room To See What Happens