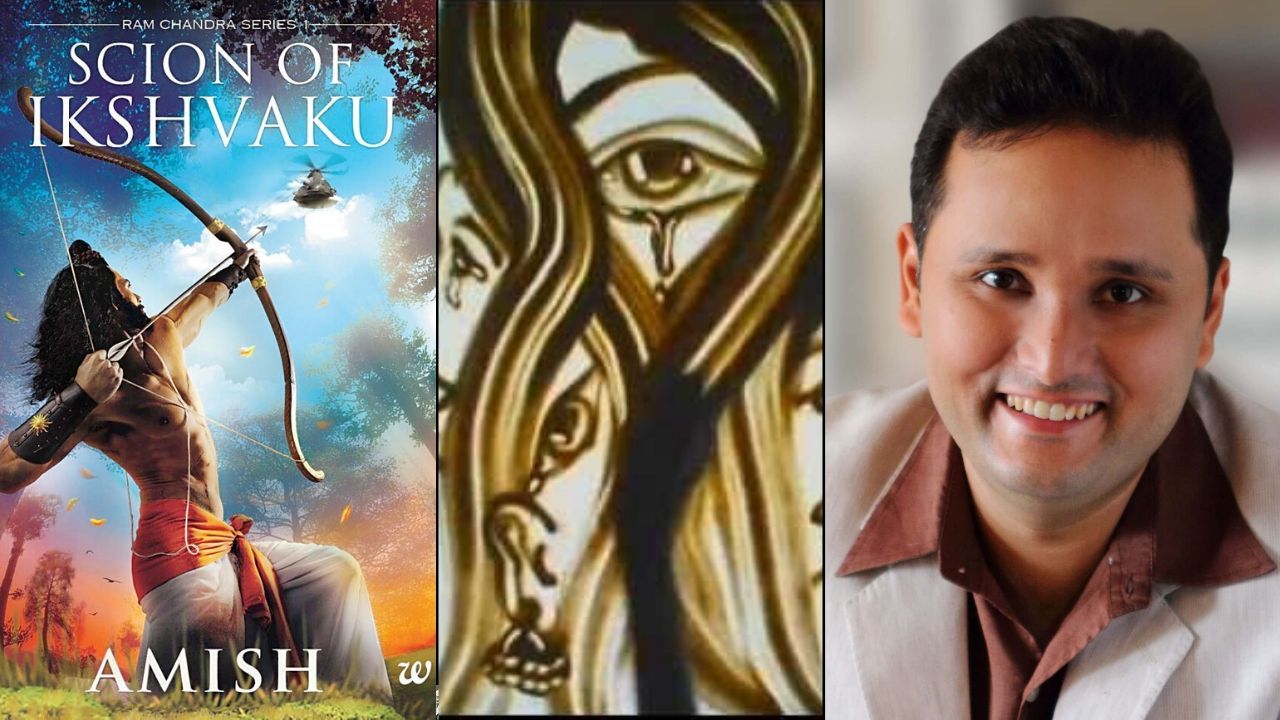 People often call Amish Tripathi the ‘Indian Tolkien’ of Hindu Mythology. I have heard nothing but praise for Amish Tripathi’s writing. He regenerated people’s interest in Indian mythology. I appreciate the fact that his books contributed in development of reading habits in Indian millennials.

However, after reading his books I couldn’t figure out what made them so special.

His books gave me the impression that I was reading a badly written YA novel.

I don’t think he has ever read a historical or mythological fiction novel before. Words and phrases such as ‘yuck’, ‘dammit’, and ‘what the hell’ are a part of modern lingo and don’t go well with a story based in Vedic period.

After reading his novels I couldn’t help but notice how he has tried to sneak in some widely discussed topics in his stories. The similarities between his fictional plots and real-life incidents are too many to skip notice.

One particular plot that caught my eye was a rape case that closely resembled the Nirbhaya case. The incidents were so alike that I concluded that he has based the fictional incident on the real case from 2012.

Similarities Between Nirbhaya and Roshni

Like a lot of people, I was also outraged when one of the 6 people who were involved in the 2012 Nirbhaya case was tried in a juvenile court and only received a sentence of 3 years. He evaded the gallows because he had not attained the legal age of 18 at the time.

Three years is a very lenient punishment for the heinous crime he committed. He is a rapist, period!

So, I understand that Mr. Tripathi might have felt a similar wave of anger, however, including the case to serve as a plot point in his novel was a very insensitive thing to do.

While reading about Roshni (a fictional character from his novel) I was constantly reminded of Nirbhaya.

In his novel ‘Rama: Scion of Ikshvaku’, Manthara’s daughter Roshni gets gang-raped, which propels Manthara, who is the wealthiest merchant in Ayodhya, to plot against Rama. She loathes Rama because the leader of the gang, Dhenuka was not hanged as he was underage.

Both Nirbhaya and Roshini were brutalized, murdered and received a similar fate. Roshini’s rape shocked the citizens of Ayodhya which is similar to how the Nirbhaya case stunned India back in 2012.

In both cases, a culprit escapes punishment because he is underage. This is another thing that connects the fictional and real incident.

Dhenuka was depicted as the cruelest amongst the 6 people. This is another example of how he drew inspiration from the Nirbhaya case as media outlets have discussed at length that the 17-year-old minor was the most violent of the lot.

The justice system failed both Nirbhaya and Roshini.

I believe he incorporated this incident in his story because Nirbhaya is a very popular topic and people are emotionally connected to it.

Furthermore, this storyline doesn’t make any sense because in ancient times if someone committed such a violent crime, authorities would make an example out of him by using meticulous methods of torture like flaying, quartering, etc. They wouldn’t have cared about the criminal’s age.

Tripathi’s novel uses rape to generate a minor conflict between Bharat and Rama. It doesn’t add much to the story, it is there so that people can draw parallels with the 2012 case.

It felt like he was trying to cash in on another’s tragedy. Calling this disrespectful would be an understatement.

Also Read: Amish Tripathi Corrects JK Rowling On Twitter Over One Of Her India Originated Characters

Sita has always been viewed as a damsel in distress. To make Sita more feminist, he depicted her as a warrior who is proficient in sword-play and combat.

The conclusion I drew from his characterisation of Sita is that he thinks feminism and strong women = women who wield weapons.

I got the sense that he believes his version of Sita will be more suitable for the modern audience.

I don’t think Sita was weak. She willingly chooses to live in exile with her husband. After she is captured by Ravana, he repeatedly attempts to persuade her into accepting his offer of marriage. He tries to break her but she doesn’t lose hope.

She decides to give proof of her chastity so that the legitimacy of her children is not questioned and their future is secured.

Afterward, she vanishes into Bhoomi, leaving Rama to repent for his mistake.

So, you see, you didn’t need to make Sita the Prime Minister of Mithila to make her a feminist idol, Mr. Tripathi, for she has always been strong and resolute.

The Nirbhaya case is not the only popular issue that he has exploited in his works.

“Lakshman finished first and his brother stopped him in time from casually chucking the mango stone by the sidewalk. ‘Lakshman..

Lakshman pretended as if nothing was amiss and, equally casually, walked up to a garbage collection pit dug next to a stall and dropped the mango stone in the rightful place.”

These lines instantly reminded me of Swachh Bharat Abhiyan, which was a popular topic when the novel was published.

Then there are paragraphs about food chains and food webs that tried to consolidate ecology lessons with mythology. For example-

“Who are we to judge nature? If the weakest deer are not killed by tigers, the population of deer will explode.”

I rolled my eyes when I read that.

Tripathi’s Shiva trilogy mentions ‘Somras’, a liquid whose production contributes towards polluting the waters of Saraswati and Tsangpo Rivers.

This, in turn, results in the spread of plagues and diseases. Here, ‘Somras’ is analogous with toxic chemicals of present times that contaminate water bodies and harm the environment.

To me, it came off as another attempt by Tripathi to include contemporary events in mythology.

A good novel doesn’t depend on how many popular references you can include in your story, Mr. Tripathi. The Nirbhaya and Roshini case is too familiar for it just to be a coincidence.

This is also true for all the other issues he tried to shove in his novels.

His intentions might have been good but his execution is weak. I only hope that in the future he will stop relying on sensitive topics like Nirbhaya to sell his books.