Home Lifestyle Joaquin Phoenix To Wear The Same Tux To All Award Functions This... 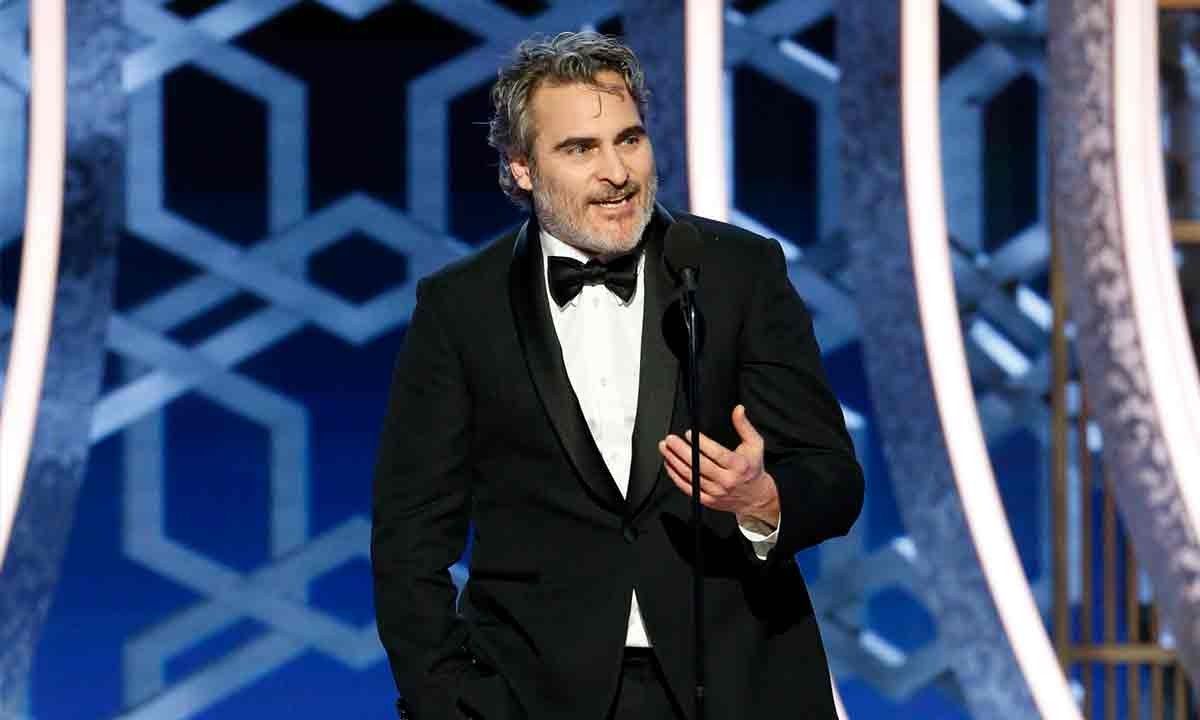 “You cannot get through a single day without having an impact on the world around you. What you do makes a difference, and you have to decide what kind of difference you want to make.” – Jane Goodall

The debate on climate change hasn’t died down since last year. Everyone is coming up with new ways to raise awareness about climate change. We are a part of the generation that can do something about the problem of climate change before it’s too late.

Hollywood celebrities have often been ridiculed for only preaching about environmental issues but not doing anything substantial to aid the cause in any way.

However, Joaquin Phoenix’s earnestness in fighting climate change might just change our perception of Hollywood celebrities.

He is one of the few actors who appears sincere in climate change activism. Climate change is not just a topic he name-drops in his speeches and interviews, he is making an effort to reduce his carbon footprint and live a green lifestyle.

Recently designer Stella McCartney announced on Instagram that Phoenix is a real winner because he is mindful of the harmful impact of the fashion industry on the environment. His lifestyle choices always take the future of this planet into account.

This is why he has decided to sport the same tux (the tux he wore at the Golden Globes) for all the award functions of this season. It will help in reducing waste.

Stella McCartney is also the first luxury brand that is committed to providing products that use recycled and organic material.

The tux Phoenix will be wearing for the entire award season is from the same brand.

Joaquin Phoenix has been a social activist for a long time. He is an animal rights activist and refuses to wear clothes made from animal skin.

In the recently held Critics Choice Award, he began his speech by appreciating the organizers for serving vegan food.

He said, “First I would like to thank the awards for going plant-based and trying to offset our carbon footprint. I think that’s really an amazing message. I deeply appreciate that.”

This isn’t the first time he has used his acceptance speech to direct people’s attention towards the urgent issue of the greenhouse effect and climate change.

After winning the Golden Globe award for Best Actor, he proceeded to use the platform as a means to urge the actors sitting in the audience to make some sacrifices.

He said, “Together hopefully we can be unified, and hopefully make some changes. It’s great to vote, but sometimes we have to take that responsibility on ourselves and make changes and sacrifices in our own lives, and I hope that we can do that. We don’t have to take private jets to Palm Springs. I’ll try to do better and I hope you will too.”

This needed to be said. I’m glad Phoenix didn’t hold back any punches and called out Hollywood’s hypocrisy on national television.

You can’t complain about rising sea levels and global warming, and at the same time travel in private jets that significantly contribute to polluting the biosphere. You can’t have your cake and eat it too.

The repetition of his tux is another way through which he wants to further the cause of climate control.

Also Read: These Scenes From Joaquin Phoenix’s Joker Have Been Taken From Films Like Deadpool 2, Fight Club And More

The fashion industry is responsible for 10% of all of humanity’s carbon emissions. It comes second in the consumption of the world’s water supply.

The toxic threads of fashion contribute more towards environmental degradation than all the emissions from international flights and maritime shipping combined.

Fashion companies use celebrities to promote their brands and make them popular amongst the masses.

Red carpet events are a means for brands to showcase their latest creations. Celebrities never wear the same outfit twice.

People have now started to copy this behavior by not getting clicked in the same outfit twice (it’s all for Instagram likes). This, in turn, increases textile production and carbon emissions.

However, if celebrities decide to make a change by repeating their dresses, then others will follow suit.

People often imitate famous public figures because they regard them as their role models.

So, if enough celebrities decide to reduce their carbon footprint by buying fewer clothes and limiting their wardrobe, then more people could be persuaded to do the same.

This may have been the intention behind Phoenix’s decision to wear the same tux for all award ceremonies.

Actress Jane Fonda  did something similar when she vowed that the red coat she wears at all the climate protests will be the last piece of clothing she’ll ever buy.

This may give consumers validation that they don’t need to spend exorbitant amounts of money to buy new clothes in the latest fashion.

So you see, a single tux might just have the power to nudge people in the right direction and lessen environmental strain.