The new trailer for Fantastic Beasts: The Crimes of Grindelwald just dropped and it somehow gave the fans a bittersweet surprise.

In the trailer we got to see the other side of Nagini who was Voldemort’s favorite pet. Nagini’s origin story however didn’t set down well with some fans because they suspected some ulterior motives behind the casting of the Korean actor, Claudia Kim as Nagini.

JK Rowling is being accused of practicing “token representation” by casting an Asian actor as a mere afterthought. Some say that it’s just a move to compensate for the lack of cultural diversity in her books since the last two decades.

People are criticising the fact that the only Asian actor in the entire cast gets to play the role of a reptile that ultimately is a villain’s slave and how incredibly racist it is since it translates to the notion that how Asian women exist to only serve white men’s interests. 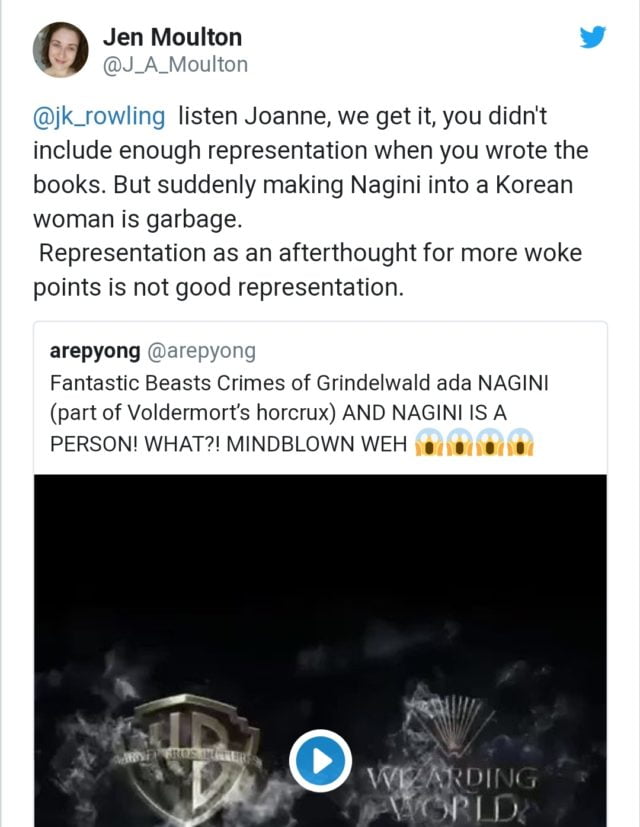 What JK Rowling Had To Say

JK Rowling who is also the producer of the film however is unapologetic and is rather happy about the casting.

Rowling known for her twists and double meaning metaphors was ready with proof backed facts to support her case.

She explained how the the name Nagini was a well thought out name, and had been considered for 20 long years, even before Fantastic Beasts came into the picture. 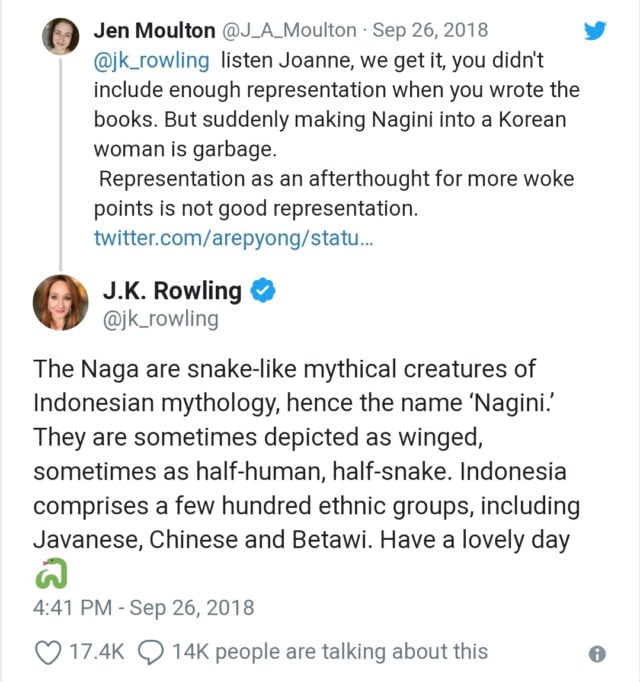 How Amish Tripathi Came Into The Picture

The snake reference caught the attention of the author, Amish Tripathi who wrote the book, ‘The Secret Of The Nagas’ as a part of his Shiva trilogy. He politely corrected Rowling about her misconceptions about the Naga trilogy. 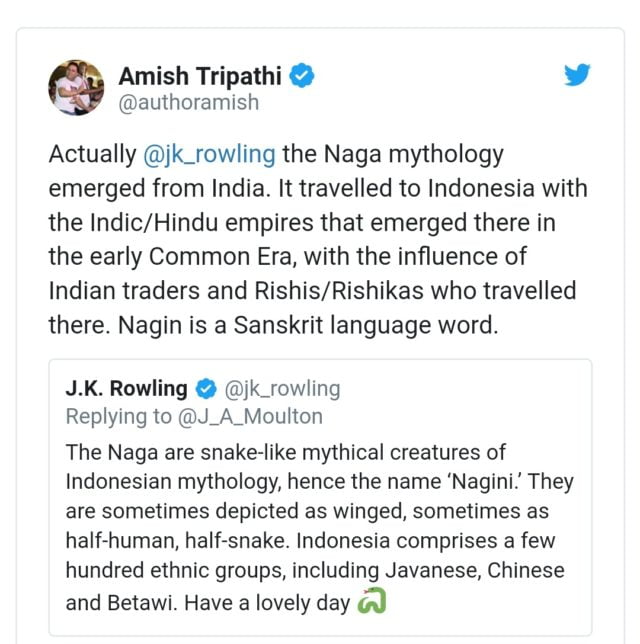 Soon users started criticising Rowling for her ignorance and whataboutery since she didn’t bother crediting Indian culture from where she drew the inspiration for Nagini. 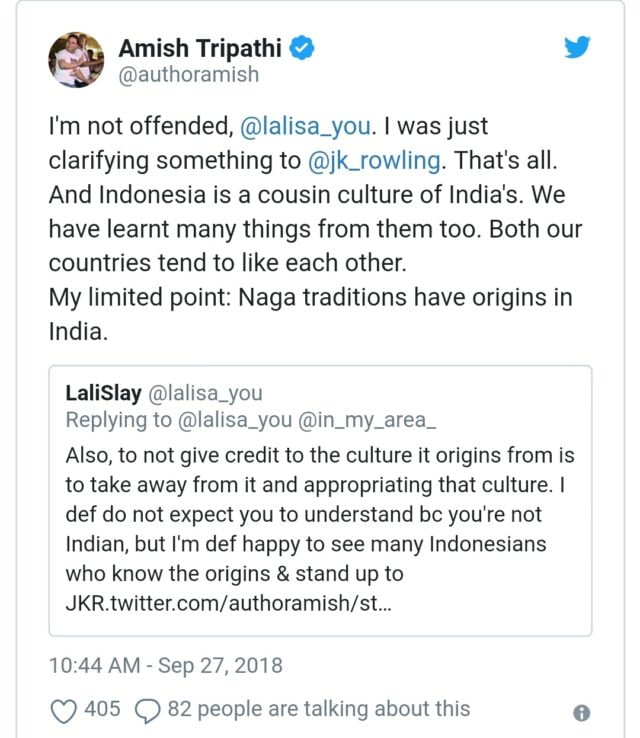 It was good to witness how Indian culture and mythology can serve as an inspiration to the writers from the West.

Indian history has many stories that are waiting to be narrated and appreciated outside their native boundaries and it was a bold move on Amish’s part to bring India’s connection to Nagini in the limelight. Just like others, Amish is proud of his heritage and culture which is evident in his writing.

We only hope that India’s contribution the world of literature doesn’t get sidelined and is able to get the recognition that it deserves.

Mosques Are Not Integral To Islam: Rules SC In Run Up To Ram Janma Bhoomi Verdict