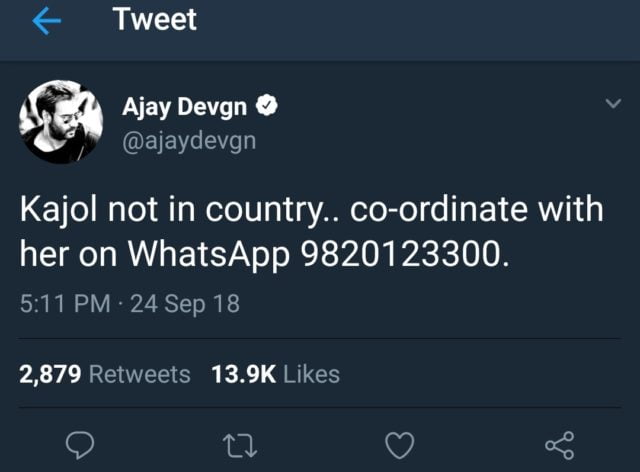 Minutes after the tweet, his fan base, trolls and even some genuinely concerned people began sending in replies to the tweet.

How The Prank Actually Seemed Genuine

Hats off to Ajay Devgn though for laying out such an elaborate and convincing prank!

Although he gave out a fake number for Kajol but he made sure that the number wasn’t actually really fake.

One he made sure that the fake number was registered under Kajol’s name, so when users tried searching for the number on Truecaller, they could be assured that it was genuinely Kajol’s. 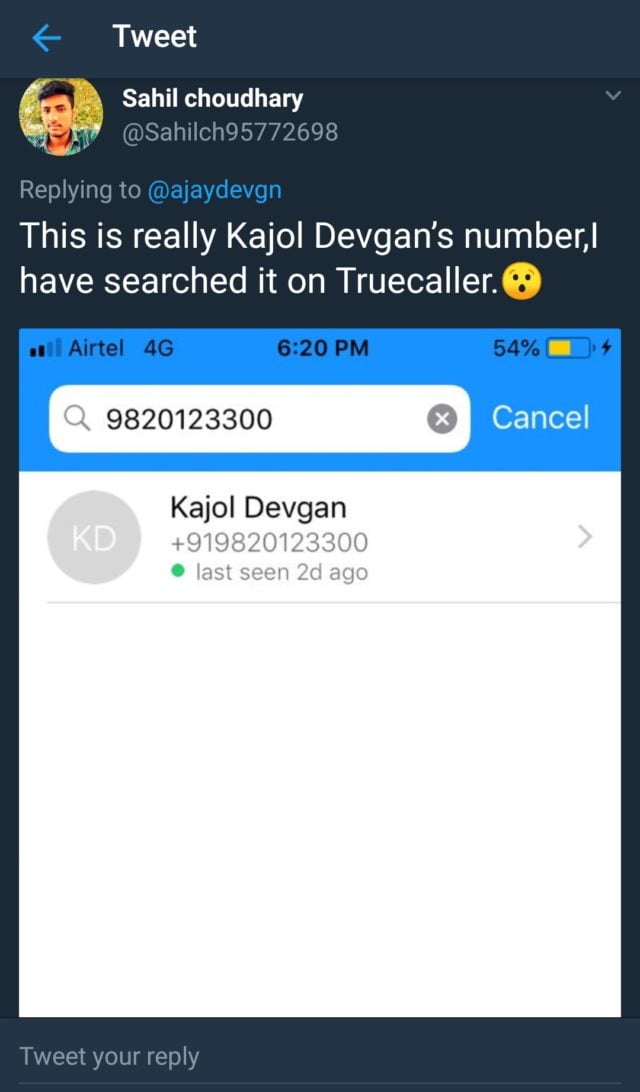 Next, he also made sure that as soon as someone saves the number and tries texting her on WhatsApp, Kajol’s face pops up as the display picture. And if you called the number, you will even get a voicemail in Kajol’s voice!

Also Read: Watch: Top Indian Authors Everyone Should Read At Least Once In Their Lifetime

Ajay Devgn sure sent many of us in a worry mode, but most of the users saw through his prank and instead trolled Devgn back!

Here are some really, really funny responses to Devgn’s tweet.

After the drama had subdued, Devgn ended our confusion when he announced that the tweet was actually a prank by tagging Kajol in the explanatory tweet.

The drama wasn’t really over because then we saw Kajol tweeting that she wouldn’t let her husband get away with this, and how Devgn will probably have to go dinner-less tonight! 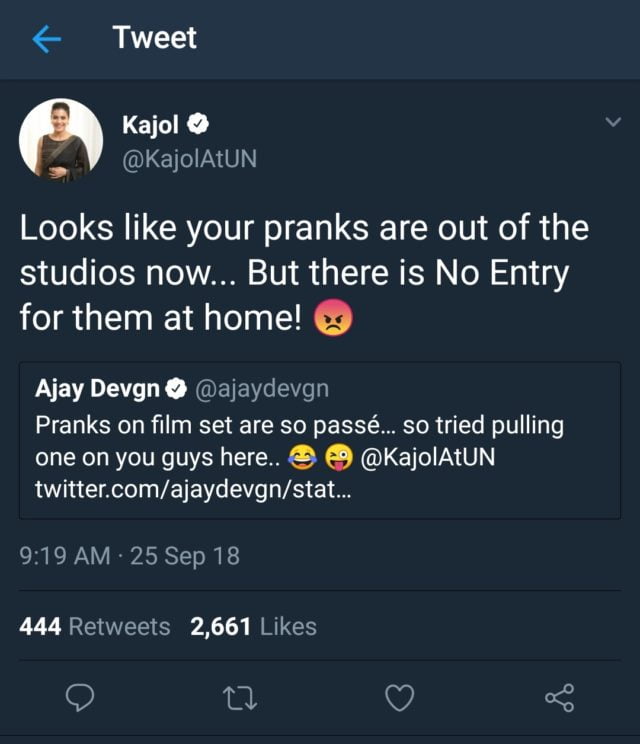 Celebrities goofing around, joking around, interacting humorously with fans is always a fun thing to witness.

Most of us were relieved that well everything is alright with Kajol and most of us were just humoured throughout the entire situation. All in all, Netizens truly had a field day!

Watch: This Is Why Delhi Metro Is Running Late These Days