Home Entertainment What Is Up With All The Double Standards On The Tanushree Dutta... 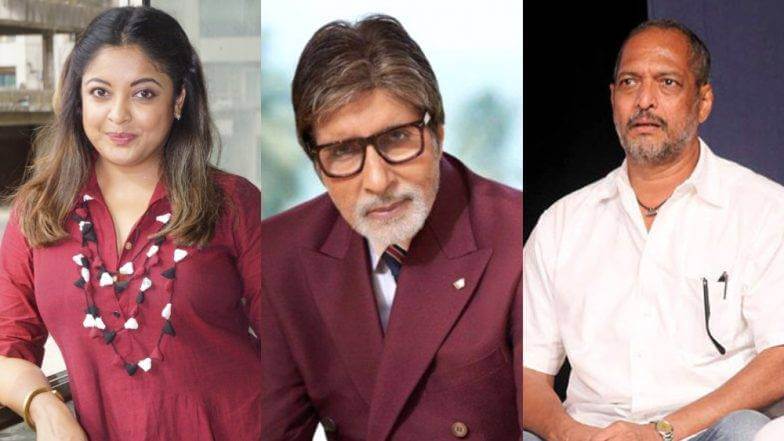 Amitabh Bachchan’s statement on the Tanushree Dutta and Nana Patekar sexual harassment incident is certainly something that reeks of double standards.

Yesterday, the Bollywood actress had accused Patekar of misbehaving with her and sexually harassing her while she was filming for a song in the 2009 movie Horn Ok Pleassss. She went in detail about what all happened on that day in an interview and also stated how practically no one from the industry came forward and supported her during that time.

Now, at the trailer launch of the upcoming movie Thugs Of Hindostan, Amitabh Bachchan and Aamir Khan both were asked to comment on this news.

Both the superstars remained tight-lipped about the whole incident, but at least where Aamir Khan acknowledged that if something like this did happen it was not right, when he said that, “I think without knowing the veracity of something, or the details of something, I don’t think I can comment on it. It’s not right for me. I don’t need to comment on it. But I would like to say that, whenever something like this does happen, it’s a really sad thing. Now whether this has happened, that is for people to investigate. I don’t think we can comment on it.”

Amitabh Bachchan on the other hand said that, “My name is neither Tanushree nor Nana Patekar, how can I answer your question.”

@_aamirkhan and #amitabhbachchan comment on the Tanushree Dutta controversy.

To be honest, both the responses are highly disappointing considering how vocal they otherwise are about social issues and trying to present a very wise and socially-conscious image where it seems they are the only ones strong enough to bring change into society.

But Amitabh Bachchan for that matter is just further emphasising the double standards he often shows when real life incidents like these happen. 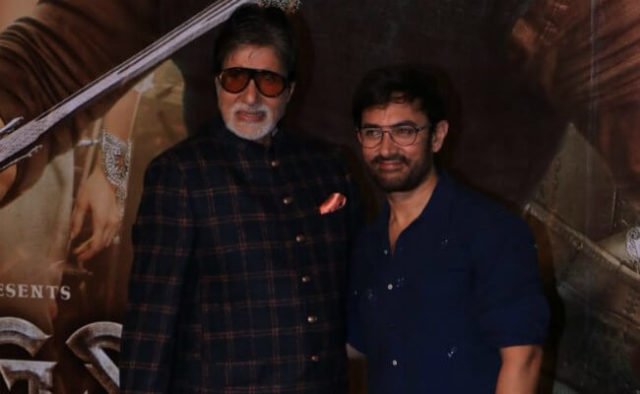 Feminist, But Only When A Movie Is Coming Out

It seems that Mr. Bachchan only deems it right to take up the feminist flag when a movie related to it is coming out.

First before his 2016 film Pink came out, when just a few days before the release, he posted an open letter to his 2 grand-daughters, Navya Naveli Nanda and Aaradhya Bachchan.

He posted a video on his Twitter, reading out loud the letter to his granddaughters and told them to be strong and powerful women who can take on the world.

Both your pardadaji’s gave your present surnames celebrated fame, dignity and recognition !

Both of you may be a Nanda or a Bachchan, but you are also girls…women!

And because you are women people will force their thinking, their boundaries on you.

They will tell you how to dress, how to behave, who you can meet and where you can go.

Don’t live in the shadows of people’s judgement. Make your own choices in the light of your own wisdom.

Don’t let anyone make you believe that the length of your skirt is a measure of your character.

Don’t get married for any other reason other than you want to get married.

People will talk. They shall say some terrible things. But that doesn’t mean you have to listen to everyone. Never ever worry about – log kya kahenge

At the end of the day, you are the only one who will face the consequences of your actions, so don’t let other people make your decisions for you.

Navya – the privilege your name, your surname offers you, will not protect you from the difficulties you will face because you ‘re a woman.

Aaradhya – by the time you see and understand this, I may well not be around. But I think what I am saying today shall still be relevant.

Very powerful words, however, apparently only good when a film coming out, this same fire and progressive thinking seems to be missing when it really counts.

His silence is even more saddening when you realise that he is the brand ambassador of the ‘Beti Bachao, Beti Padhao’ campaign by the government. 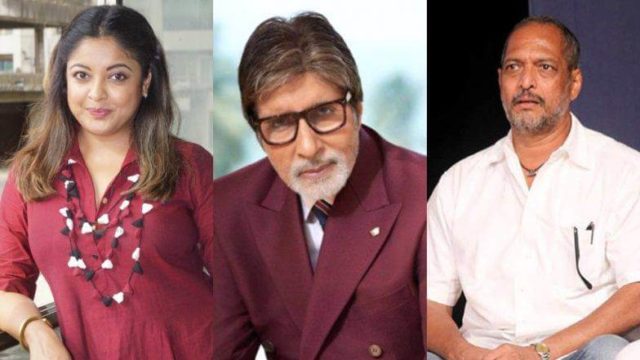 Read More: Tanushree Dutta Was Not Only A Victim Of Sexual Abuse By Nana Patekar But Also Had Her Car Windshield Broken By A Mob

This Is Not The First Time

If you thought this was the only time Mr. Bachchan was silent on such grave issues related to women, then think again.

Prior to this event during the Kathua rape case, he did not once call out the people involved in it or talk about how this was a very wrong thing.

Instead, when he was asked about it by the media while doing promotions for another film of his called 102 Not Out, he said that, “I feel disgusted even talking about it. So, let’s not talk about it. It’s terrible to even talk about it”.

Even when he was celebrating the 1 year anniversary of the film Pink last year, he posted an image of the ‘entire’ team of Pink and how all of them were big achievers.

The only thing wrong in it was that there was not even single female in the photo, not even the 3 main actresses around whom the entire film revolved around, not even Taapsee who was the main victim.

It is really alarming to think that when Amitabh Bachchan has received so much from the industry and people as to when will he really bring a change in the society and stand up for the right things.

I would just like to ask Mr. Bachchan, that at this point in time, you are the one person who can speak the most since you are literally in the last inning of your career, where you don’t have to be scared of anything. You have achieved more than what thousands aspire to in their entire lifetime and are in an extremely comfortable and powerful position in the industry.

Even if you argue that he has to think about his words affecting the career of his family members, I will just say how?

Abhishek Bachchan although not exactly the most seen on screen, is not entirely without work, his recent movie Manmarziyaan was appreciated by critics for his performance, and he seems to be pretty happy with his venture into sports.

Aishwarya Rai’s career literally cannot be affected since she has established herself so well and good that she is out of anyone’s shadow now.

So I will just ask, when exactly will you, Mr. Bachchan, move out of the politically safe area and actually call out wrong where wrong is being done. You even have no fear of Nana Patekar since he and you are in completely different places in your career, no fear of stone pelting, then what really stops you from speaking about the right things?

You can actually set an example for other young and veteran actors to be strong and take a stand, but instead of doing that, you play your own role choosing to ignore or evade such questions rather than taking a stand.

Politics Debanjali Das - January 26, 2022
The short film, Why I killed Gandhi before its release on the OTT platform Limelight on January 30 is being demanded to be banned....

Entertainment A Guest Writer - January 27, 2022
By Shivansh Gupta It was the first decade of the 20's and Trump wasn't so notorious, Sachin still played and the United States was yet...