Home Technology Tinder To Inform LGBTQ+ People If They Are In Dangerous Areas Through... 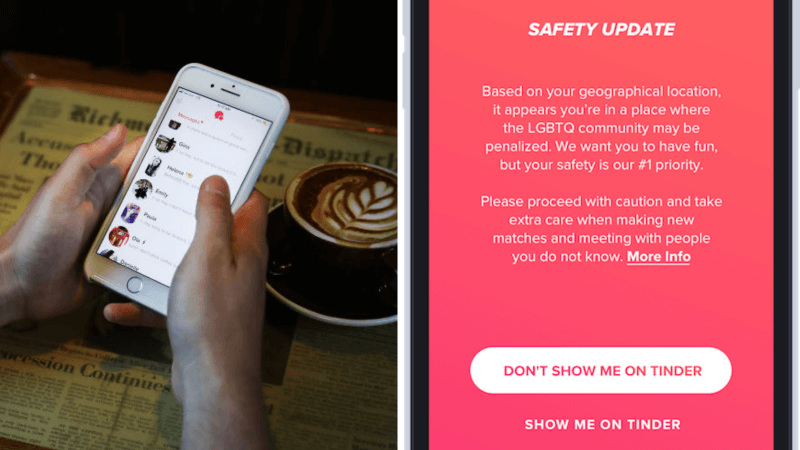 The LGBTQ+ community is making strides every day with more and more areas giving acceptance and equal rights to them.

But there still remains a place in the world where being LGBT can be dangerous as they are considered to be illegal or ‘against nature’.

In such times, Tinder’s latest feature is actually quite useful in protecting people from the community who might be travelling to such places for work, leisure or any other reason really.

Apparently, Tinder, the popular dating app, will allow its LGBTQ+ users to get a ‘Traveler’s Alert’ once they are in a place that does not have laws favourable to the community along with other features.

What Is This Feature?

Currently, there are about 70 countries across the globe that have laws discriminating against the LGBTQ+. Some still have them kept at a ‘criminal’ status and the punishments are severe.

The feature called ‘Traveler’s Alert’ was launched this Thursday and will be made available for both iOS and Android users.

The way it works is that as soon as the user is in hostile countries with discriminatory laws against LGBT, in-app feature would send an alert about the status of the country in regards to the community.

It would also let the user hide their profile on the app or if they decide to keep it public then it will automatically remove their sexual orientation and/or gender identity while they are in that region.

As per reports, in order to be full thorough with this feature, Tinder partnered with International Lesbian, Gay, Bisexual, Trans and Intersex Association (ILGA) World, an organisation located in Switzerland to collect data from their latest homophobia report. 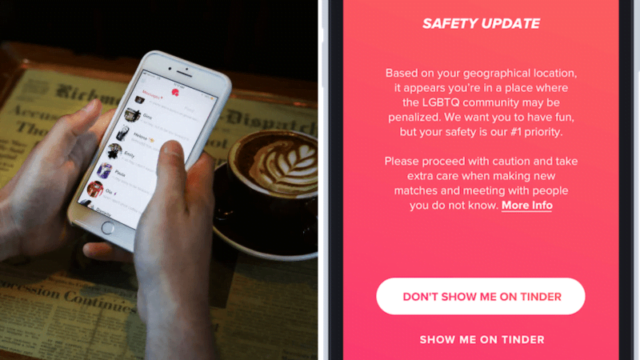 Read More: Too Much Tinder: Other Exciting Indian Dating Apps For The LGBT Community

How To Use It?

Open the app as long as you land in a foreign location. On doing so, the app will give this alert: 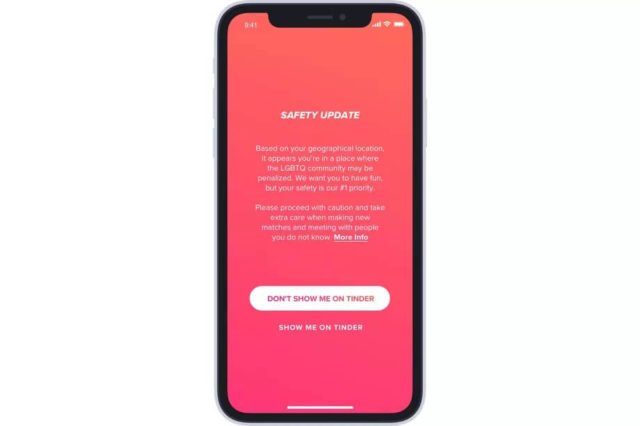 The second option will then automatically hide your gender identity and your sexual identity in order to protect your safety. 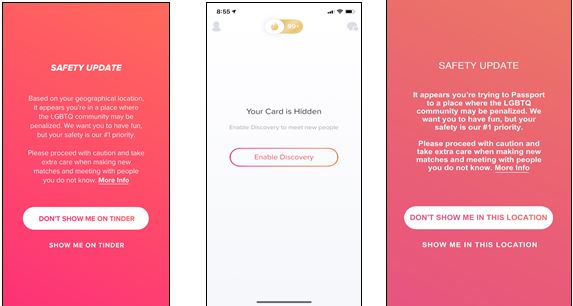 You can even use the Tinder Passport feature to hide your location on the app. The ‘Passport’ feature matches a person with people in that particular location.

Once you’ve left that region, Tinder will then again start showing your full profile to other users.

The point of these features seems more to protect the users from law enforcers in those countries where often authorities are known to use dating apps and more to incriminate people of the LGBTQ+ orientation.