Dating in India has never been easier as the perfect match is just a swipe away. One might use online dating apps like Tinder to find the love of their life or for a one night stand.

While the online dating world may seem rosy, sometimes a right swipe followed by multiple texts may land one behind the bars. No, I am not making it up, this is actually based on a true story. 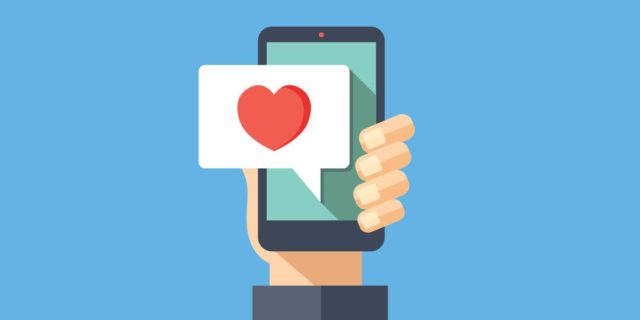 Rama Reddy, a 29-year-old employee at a private technology firm ended up in police custody due to a series of events on Tinder. This all started with a Tinder right swipe on a girl named Meera*, a couple of engaging texts followed by a month of offline dating.

Rama who is termed as commitment-phobic by Meera decided to break off their relationship the morning after they consummated.

Meera, who was looking for a long term relationship was taken aback and felt used by this tech guy. She said that Rama forced her into sleeping with him and therefore lodged a police complaint against this techie.

In the complaint, Meera claimed that on the night of 3rd June, Rama tricked her into sleeping with him. Within 24 hours of them consummating, Rama told Meera that he could not do it anymore and that they should call off the dating.

At this, Meera who had just proposed marriage to Rama felt devastated and used. She said that at her proposal, Rama told her that he wasn’t in for it in the long run and also did not want to maintain any sort of contact in the future.

A week after this devastating morning, Meera proposed to Rama again. Yet again, he refused her and blocked her on every platform.

A dejected  Meera decided to lodge a complaint against him because she felt that she was just used for sex in this whole setup. She did not want the same to happen to any other woman and hence took the matter to the police.

Also Read: This Is How You Will Get Better, More Meaningful Tinder Matches

Meera believed that men like Rama should be taught a lesson and no man should ever be allowed to treat a woman as an object for pleasure. Her complaint resulted in the accused being taken into police custody by the local area officials.

This incident evoked mixed reactions from people on Twitter and here a few of them: 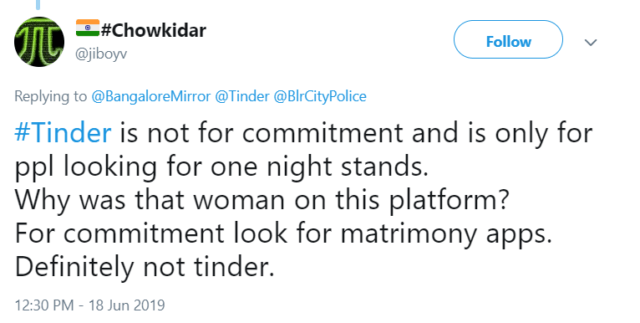 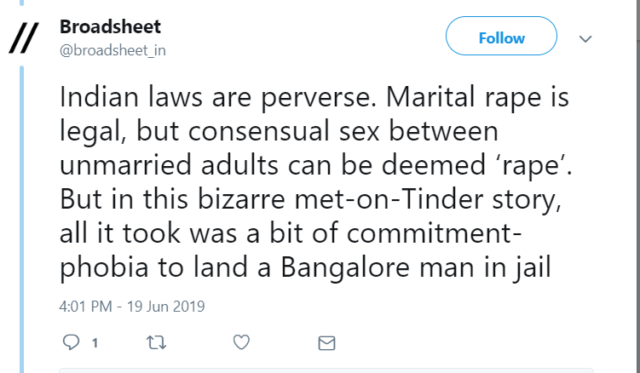 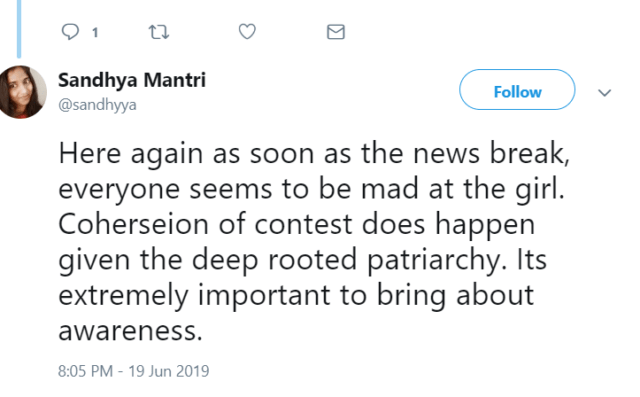 What is your take on the incident? Do let us know in the comments below.