Through all the years of wars and colonialization in history, the ones who were on the bitter side of the receiving end would be none other than the unarmed and working-class people.

These people are the first to be affected by the initial wave of food scarcity and economic recession. To this, a nationwide authority riddled with corruption, coupled with deterrent laws and social stigma, becomes a perfect recipe for controlling the powerless. Even “democratic” countries with these factors checked are just empty shells to be stuffed by a politician’s own ethics, ideologies, and greed.

The situation might be a little better nowadays, but overall, not a lot has changed. The above leads to biased journalism (as we know is everywhere), and quality journalism comes with a cost: the cost of being turned down by media organizations, being blocked and getting into trouble with certain countries’ governments. It’s no news that journalists are being killed for being honest with their jobs.

But I Think the Future Is Bright:

Many contemporary internet news sites have popped up in recent years that have just radiated excellence in unbiased journalism. Covering everything that traditional (print and television) news sources would treat poorly, they do a remarkable job of exposing a small-scale violence to the North Korean dictatorship.

To kick off this much-welcome era of news publishing furthermore, The Uncensored Library is doing a remarkable job in taking the term “free information” one step ahead.

Minecraft, is a 3D virtual game/world where players can explore, extract materials, and build.

Reporters Without Borders (RSF) is a France based non-profit organization that operates with journalists across the globe with a passion for getting the truth out to the public. Collaborating with a UK based design company, Blockworks, they aim to provide uncensored journalism through this virtual Minecraft library from five different countries, where blocking of critical information is at the peak. Namely:

This library is a part of their ongoing project of battling censorship of journalism, and one of their initial creative steps like this taken to battle censorship is The Uncensored Playlist they had released on Spotify, which voices out and questions the government through music.

Also Read: What Is The ‘Nth Room’ Case Of South Korea Where 70+ Women, Including Minors, Were Sexually Abused

Just like Spotify, Minecraft is prevalent around the globe, and is a family-friendly game played by millions of users. Thus, using this platform as a means to break the wall of selective journalism is one of the smartest ways to rebel for our right to information.

The library is divided into 7 rooms, including the entrance, with 5 rooms being dedicated for each of the said country.

Here, all the articles available in the form of books are banned in their respective countries, and the only way to access these is through this Minecraft server.

Articles from 5 prominent journalists who were killed, or whose content was banned from the countries mentioned above – are all available here. 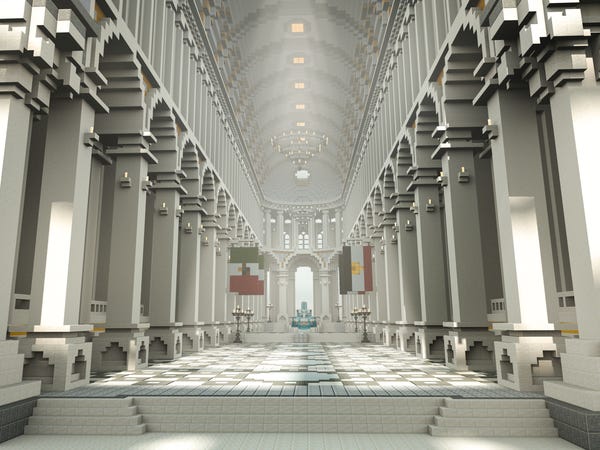 From Saudi Arabia after the rise of Crown Prince Mohammad Bin Salman to the Vietnamese Communist Regime, banned articles based on such topics by these journalists can be read by us.

It’s the 21st century, and the concept of tyrannical leaders and oppressive regimes still exist, while “freedom of speech” sounds like a bell rung into the distant future. It’s a pity that the minds of the players of world politics has not developed alongside the commendable advancements in technology.

We, the youth, who are prominently a part of the Internet lifestyle, will learn the raw truth of the facade put up by the ones who think they are in charge of the basic rights of a citizen.

NGOs like RSF and strong-willed individuals like Malala Yousafzai will help us to continuously beat down corruption and manipulation of data.

Alongside this, I hope we all do our rightful duty of rebelling too.

How To Enhance Your 8-Ball Pool Experience