Home Entertainment This Is The British Indian Designer Who’s Artwork Inspired A Scene In... 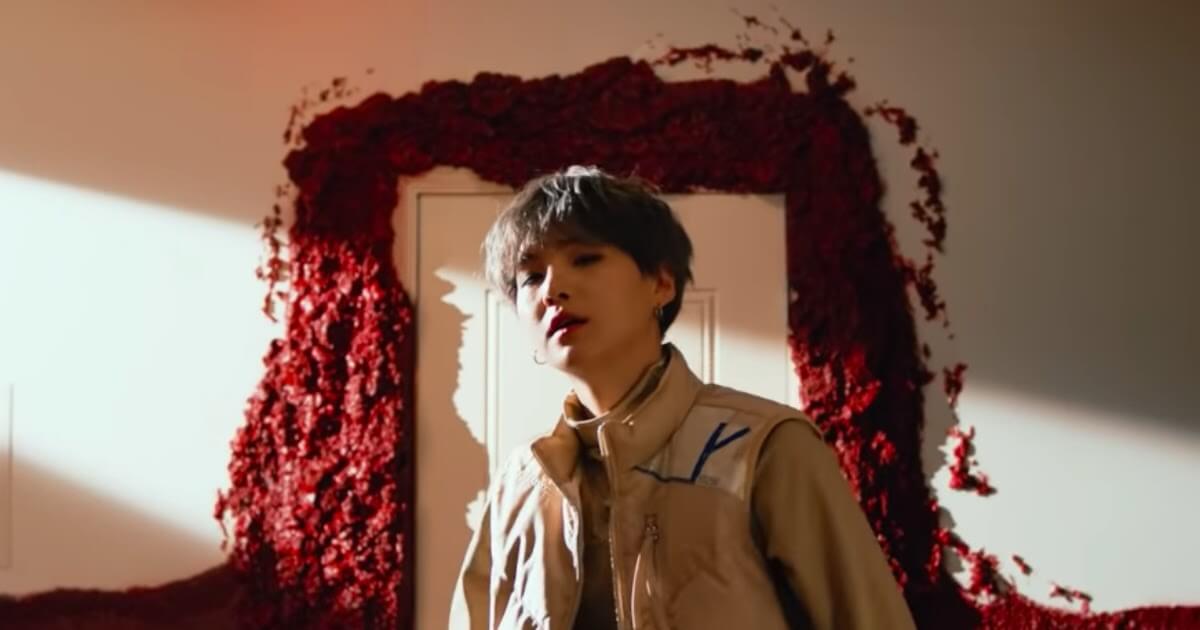 BTS, the global Korean group are back with their 4th full-length studio album after last year’s Extended Plays album ‘Map of The Soul: Persona’.

The boy band has been breaking records left and right for the past few years, especially after their 2017 win at the Billboard Music Awards where they won the Top Social Artist award and were instantly noticed by the western media for breaking Justin Bieber’s 6 year long record of winning that award.

Their last album, Map of the Soul: Persona broke many records such as being one of the best-selling South Korean album in history since it sold more than 3.4 million copies in just 2 months. The album becoming their third album to be number of the US Billboard 200 chart also made them the first group since The Beatles to have three albums on the number one spot in less than a year.

Now, after their much acclaimed albums like ‘Dark & Wild’, ‘Wings’, ‘Love Yourself: Tear’ the Map of the Soul: 7 is the upcoming album releasing on 21st February 2020.

What Is The Trailer All About?

The song, a bass-heavy emo-rap, sung by Suga is a big take on the side-effects of having excessive fame and popularity.

With shots of people grabbing and crowding him from all sides, multiple phones steered straight it and black clothed people clicking away thousands of images all seem to be referencing the paparazzi and sasaeng culture.

With lyrics like “I rise, rise, I hate it. I pray, pray, hoping to be okay” and “The moment I’m flying high as I wished. My shadow grows in that blasting stark light” are clearly giving us a hint of how all this fame is not as good as we might think it to be.

In fact, his lines like “don’t let me shine” and “don’t let me fly” are some of the most hard-hitting ones in the song and present his anguish and misery at the double-edged sword that is their popularity.

While on one hand, it allows them to fulfill their dream of making music and having millions of people listen to it, it also creates these shadows that are harmful to one’s mental health.

Who Is The Indian Artist Involved In This MV?

The lyrics are not the only thing that are representing the mindset of the artist, but the music video (MV) and its set design and cinematography all lend to it too.

One that has been featured prominently in the MV seems to have been inspired from an art piece by an Indian artist, Anish Kapoor.

Kapoor is a British Indian sculptor and last year had held an exhibition in London’s royal Academy last year where he showcased this piece.

Titled “Svayambh”, it is a Sanskrit word that could mean “auto-generated” or “self-made.”

Created by a Turner-prize winning artist, the installation consisted of a huge block of red colour, made from pigment, wax and Vaseline put up on a slow moving rail, with it passing through doors that were just slightly smaller compared to the block.

Since the block stands at a height of three metres and two and half meters wide, and the doors would be considerably shorter, while passing through them it would leave heavy residue on the sides and top of the door.

Kapoor who designed the art work himself along with help from an engineer, stated that, “It’s as if it’s skinning itself as it goes through the doors.”

Anish Kapoor while speaking at the Hirshhorn Museum, explained how the piece could symbolise an object “transitioning” to its final form.

He also said that, “What I did was cast a block of wax and set it on rails and moved it through the building. And it, you know, takes the form of the doors. It’s as if the building is some kind of… forgive the phrase, but shitting this thing. Pushing it out. Forcing it.”

Kapoor is not only know for creating the iconic Cloud Gate in Chicago, a big reflective stainless steel piece, but also involved in an extremely big controversy when, in 2016, he decided to get the exclusive license to Vantablack supposedly the “blackest black” pigment of paint.

This got him massive backlash from the artist community and even various common people chiming in on how it was absolutely wrong of him to do so.

Various ARMYs (the name of BTS fandom) thought that this scene in the MV could be representative of how with each success, Suga or BTS as a whole were losing some parts of themselves.

Those older parts of him remain behind, symbolised in the leftover wax on the side of the door while he keeps moving forward.

But this, hopefully, will allow him to auto-generate and see into himself properly, eventually forming into a more aware and knowledgeable person.

ARMYs on Twitter were quick to catch on this peculiar set design and finally found out that it was made by Anish Kapoor.

MAP OF THE SOUL : 7 'Interlude : Shadow' Comeback Trailer referenced or had a few set designs that looked really similar to some conceptual contemporary artworks that i would like to talk about.

"At 3m tall and 2.5m wide, the block is too big to fit through the doors, so it will deposit wax on the frames as it squeezes through. "It's as if it's skinning itself as it goes through the doors," Kapoor said. The title is a Sanskrit word which translates roughly as – pic.twitter.com/CBvStjQLD1

Anish Kapoor(British-Indian) sculptor of the artwork "blood sweat & tears" – "3m tall & 2.5m wide , block is too big to fit through the door so it will deposit wax on the frame as it squeezes through ,"it is as if its skinning itself as it goes through the door"#SHADOWINTERLUDE pic.twitter.com/htgZ3RKxGS

[Idm] Army, so this art called as Blood, Sweet amd Tears by Anish Kapoor. You can google it. pic.twitter.com/hMFVMemmbe