Any idea which is the largest sacred text in the world and any guesses about its dimensions?

Let us take pride in the fact that the largest Holy Book of the world is right here in our own country. It is the Holy Bhagavad Gita, weighing a massive 800 kg and running into 670 pages. It measures 2.8 by 2 metres and is housed at the famed ISKCON Temple.

It is the “largest principle sacred text ever to be printed”, as per ISKCON.

How It Came There

It is named as the ‘Astounding Bhagavad Gita’ and was unveiled on February 26, 2019, by the Prime Minister Narendra Modi at the ISKCON Temple and Cultural Centre in East of Kailash in New Delhi. He reached the venue via Khan Market metro and warmly interacted with his co-passengers on-board.

This impressive giant book was published by the Bhaktivedanta Book Trust and is designed by their super-talented Mediterranean Branch. It was printed in Milan in Italy on YUPO synthetic paper, which besides enhancing the look of the sheets makes them waterproof and resistant to being torn.

The text consists of the original 700 verses from the Bhagavad Gita and also 18 full-page vibrant illustrations adding deeper shades of meaning to the texts.

Also Read: Did We Unnecessarily Glorify India’s Ambassador To The UN, Syed Akbaruddin?

The Bhagavad Gita is translated as – ‘The song of the Gods’ and is a sacred Hindu text and forms a part of the larger epic called Mahabharata.

Divided into 18 chapters, the text is composed in its entirety of verses in conversational tone between Arjuna and Shri Krishna, with the latter preaching priceless lessons in religion, spirituality etc. to Arjuna and thereby to all readers.

Founded by His Divine Grace A. C. Bhaktivedanta Swami Prabhupāda in New York City in 1966, ISKCON stands for – International Society for Krishna Consciousness (ISKCON) has nearly 500 major centres along with one hundred vegetarian restaurants. It is a Hindu religious organization that belongs to the Gaudiya-Vaishnava sampradāya monotheistic culture within Hinduism.

ISKCON also “promotes bhakti-yoga, or Krishna Consciousness, through festivals, the performing arts, yoga seminars, public chanting, and the distribution of the society’s literatures. ISKCON members have also opened hospitals, schools, colleges, eco-villages, free food distribution projects, and other institutions as a practical application of the path of devotional yoga.” – As stated by their official website. 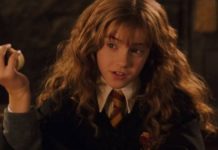 Unpopular Opinion: The Harry Potter Movies Would Have Been Better With Hermione As The Lead 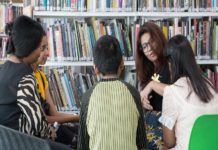 Why We Should Popularize The Concept Of Human Library In India 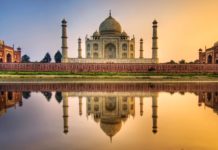 In Pics: Beautiful, Deep Meaning Hindi/Urdu Words That Can Beautify Any Of Your Instagram Captions And Pictures