In a bid to do away with the plastic generated from milk pouches, the state government of Odisha has come up with a wonderful solution – ‘Milk ATMs’.

They’ve installed these ‘milk ATMs’ in the Ganjam district of Odisha, where people can put in money and consume milk in their containers thus getting rid of the need for plastic milk pouches.

The project was an initiative by District Collector Amruta Kulange in collaboration with Tata Steel Ltd and the Greater Ganjam Gajapati Co-operative Milk Producers’ Union. 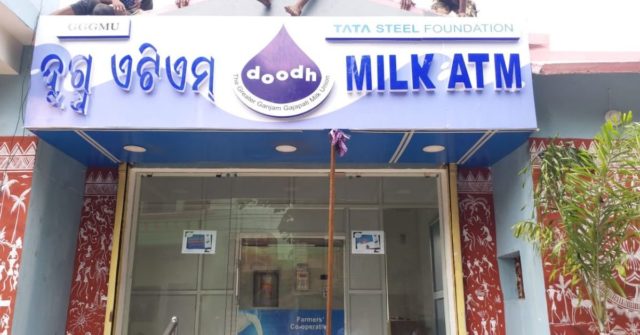 The move was implemented at the time of plastic ban from the state when environmentalists and activists expressed their concern for the huge amount of plastic generated from milk pouches.

How Does It Actually Work?

Customers can buy one litre of milk at Rs. 40, while the minimum amount that can be extracted is 250 ml for Rs. 10. The users include students, wage laborers and households.

The project is being estimated at a cost of Rs. 6 lakh, financed by Tata group through their CSR funds, and was started a little over a month ago in Berhampur, Odisha. According to reports, the ATM dispenses about 250 litres of pasteurized milk daily.

The administration collaborated with 7200 dairy farmers for these milk ATMs which have a carrying capacity of 500 liters. In an interview, Ganjam district collector Amruta Kulange said,

“Such Milk ATMs will be opened at different hospitals (like MKCG Medical College and Hospital and City Hospital) and other public places. Apart from becoming an easy and accessible source of nutrition for everyone, the milk ATMs would help us get rid of huge usage of plastics in packaging and storage of milk products.”

The milk producers union readily agreed to sell their milk to these vending machines as the state government hadn’t hiked the prices of milk since 2014.

Owing to the success of the machines, the District collector has said that the milk ATMs would be installed in 9 more places.

Modern problems require modern solutions and indeed, what a viable solution the administration has come up with! 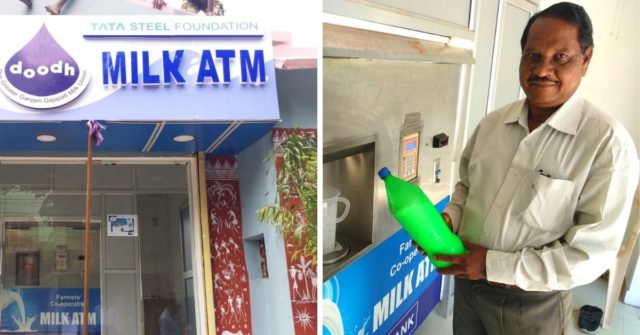 The installation of these milk ATMs not only helps to combat the issue of plastic waste and unemployment among milk producers but also, helps to feed the poor and hungry.

For instance, laborers and small scale workers who toil day in and day out at odd hours, can consume milk from these machines at any point of time and also, at a price as cheap as Rs. 10.

Could there be a better deal for these workers? I think not.

Let’s hope other states of the country will also get inspired from this smart solution and come up with their own special ‘milk ATMs’.