We’ve all heard charming stories of a rich man marrying a fair maiden, fairly poor than him and we’ve also read stories where the princess falls for a commoner, and facing all odds, they attain their happily ever after.

In real life too, hearts flutter irrespective of social status but do all such relationships end with a promise of eternal happiness? I guess not. I am not saying this vaguely. I have proof.

The story of a young and rich Priyanka Todi, heiress of Lux Industries and Rizwanur Rahman, a common man, took the nation by storm when the couple not only eloped and married but later, Rizwanur was found dead on railway tracks.

Let’s take a look at this love story of Calcutta that created a huge uproar in 2007.

Rizwanur Rahman was a middle-class man when he met Ashok Todi’s 23-year-old daughter Priyanka at the graphics training school. He was a teacher and the affair started soon after Priyanka joined his classes, however, it was kept under the wraps because of their families. 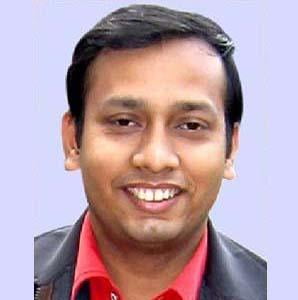 It is alleged that on 18th August 2007, the couple got married in a secret ceremony under the Special Marriage Act where some close friends of the couple acted as witnesses. The families were uninformed and no witnesses to this effect were later brought forth.

Though Ashok Todi has submitted an affidavit in the court stating that the two never got married, his statements to the media during 2007-08 clearly record him mentioning that he was upset with his daughter’s decision and marriage.

Later, the couple confessed regarding marriage to Rizwanur’s brother, Rukbanur, who insisted that Priyanka be brought to their family apartment.

Priyanka started living with her in-laws from 31 August, post which the couple faced several visits from police officials, that were later justified by them stating that since elopement by young, adult couples is still regarded as a moral wrong, they are bound to intervene. This happened despite the couple’s demand for protection from police via a signed letter.

Within a week of Priyanka’s arrival, Mr. Todi approached her, urging her to leave and police were also actively involved over the course of 8 days when Priyanka lived at Rizwanur’s residence.

Read Also: Is Kedarnath Really Suggesting That The 2013 Floods Happened Due To A Hindu Muslim Love Story?

Later, after an agreement between Priyanka and Rizwanur, Priyanka left for her parents’ house. However, it has been alleged several times that police had a role to play in this, and they allegedly arm-twisted the family of Rizwanur throughout the period.

Priyanka left on 8th September under a written agreement to return after 7 days, which didn’t happen to be the case as she didn’t ever return. Her absence left Rizwanur distraught, who started searching legal ways to obtain cohabitation rights with his wife. People who knew Rizwanur said that he had even agreed to convert to Hinduism and his family was bribed time and again by the Todi family. 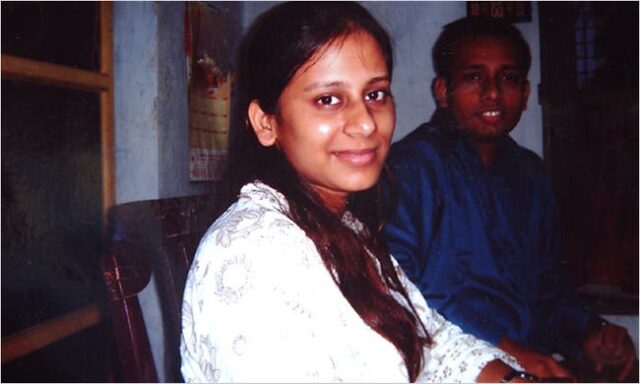 Priyanka in one of her interviews claimed that Rukbanur, Rizwanur’s brother, grew greedy and forced Rizwanur to sign divorce papers once she didn’t return, which further deplored his state of mind.

On 11th September, the couple talked for the last time after which, Rizwanur was denied contact with Priyanka, allegedly on the behest of the Todi family. After 2 weeks of separation, Rizwanur was found dead on railway tracks on 21st September. The police instantly brushed the case away, calling it a suicide, however, the family of Rizwanur continued to blame the Todi family.

After Rizwanur’s death, which was deemed as the cold-blooded murder of a generation’s ideals of love, people took to the streets to protest. In the meanwhile, Priyanka gave several statements mentioning that her parents only acted in good faith and no pressure was put on her either by her parents or by the police. She went on to accuse her brother-in-law, Rukbanur, for plotting the entire scheme that forced Rizwanur to commit suicide.

A CBI probe was initiated that ended with the speculations of suicide proven to be true. Ashok Todi was charged, along with his brother and brother-in-law and a few police officials, with the offense of abetment to suicide.

However, the Supreme Court stayed the proceedings in the matter till Calcutta High Court’s decision on the petition by Todi challenging the CBI chart sheet.

The suicide theory, despite the plethora of loopholes, might be true however, the entire incident showcases how a young couple can be driven to depression and suicide, just because of their non-conformance to the social rites of marriage within families of the same social status and religion.

The Todi family might be innocent, and so can be the Rahman family, but the innocent and talented life snatched away can’t be forgotten, and should never be forgotten.