In the Tinseltown of India can any story have a happy journey? The next storm which seems to have been caused is because of the trailer of upcoming movie Kedarnath, starring Sushant Singh Rajput and introducing Sara Ali Khan, daughter of Saif Ali Khan which is in spot light due to all the wrong reasons. 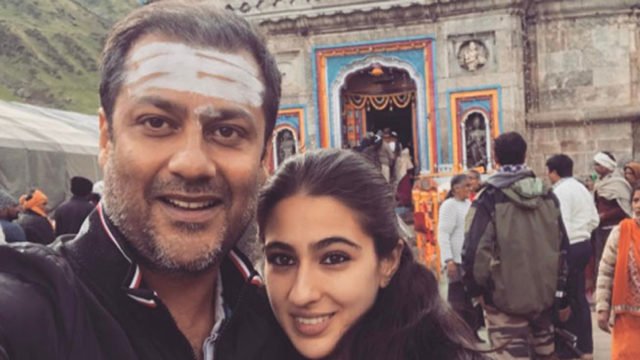 The plot of the movie revolves around a romantic relationship between a Muslim man (Sushant Singh Rajput) and a Hindu girl (Sara Ali Khan) which is a very sensitive issue in itself but the backdrop of the movie only adds on to the trouble.

This love story is set in Uttarakhand, Kedarnath to be specific and talks about the Uttarakhand tragedy which shook the nation in 2013.

How many of us have forgotten the 2013 Uttarakhand floods and the tangible loss of lives and property? But to see a disaster which shook up the entire nation back in the news just because of a movie which it seems to have used this event “only” as a backdrop for a love saga is upsetting.

Also Read: Why Is It Hard For Theatre Artists To Get Into Mainstream Cinema?

Are the makers being sensitive enough?

Personally, the trailer seems to have a great impact but my real question is at what cost? And mind you, it’s not religion which is affecting so much.

The film deals with two key elements one being the cross religion relationship while the other being Kedarnath and the Uttarakhand floods of 2013.

Hyper dramatisation is one disease which plagues Bollywood very deeply and Kedarnath’s trailer couldn’t have escaped that.

The entire spotlight has been given to the love angle, leaving behind the tragic Uttarakhand disaster which is very insensitive for the victims who faced the wrath.

One cannot simply use the tragedy only to spice up a movie which has already drawn a lot of attention. 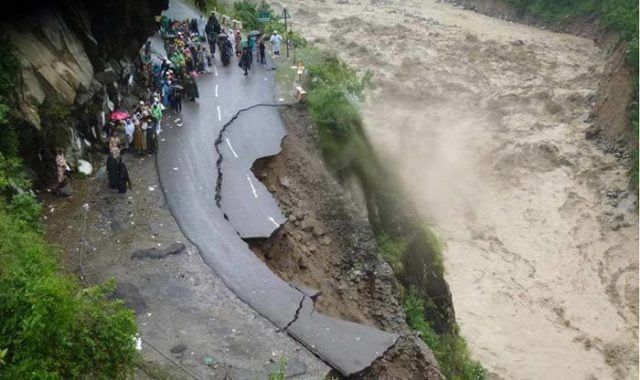 One might very easily defend the makers of the film by using the golden keywords of “artistic freedom and liberty” but does that one single argument justify every other issue?

In the world of Bollywood, responsible cinema is a thing which we seem to have lost. The Uttarakhand tragedy which claimed 5700 lives, 934 being the locales (Government reports) hundreds losing their livelihoods and the state getting completely destructed.

But the trailer does not primarily focus on this fury and the aftermath but the utterly repetitive and century old plot of a Hindu Muslim love story. 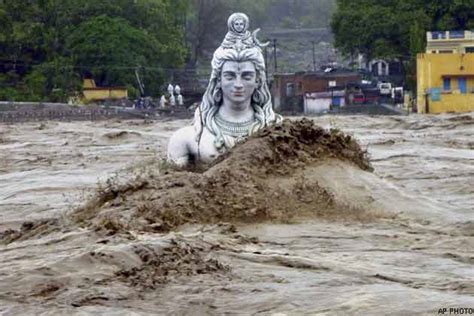 Cinema as a medium which influences masses has the potential of tangible social change. But with plots being twisted and told only for the sake of box office collection the real cause of the issue is lost.

Popular sentiment on the video is also gearing up with a lot of hate comments coming majorly talking about the religious sentiment getting hurt.

These were some of the comments on the YouTube trailer of the film that was released yesterday. 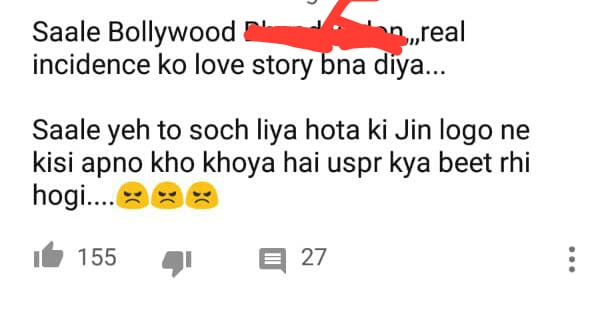 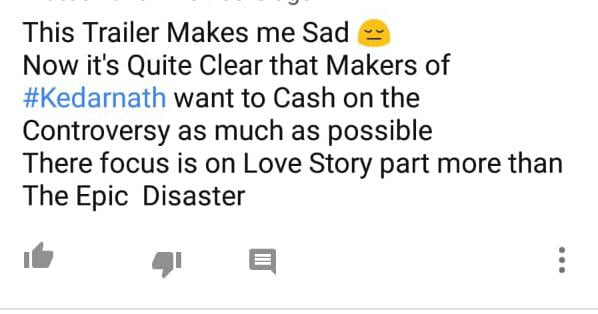 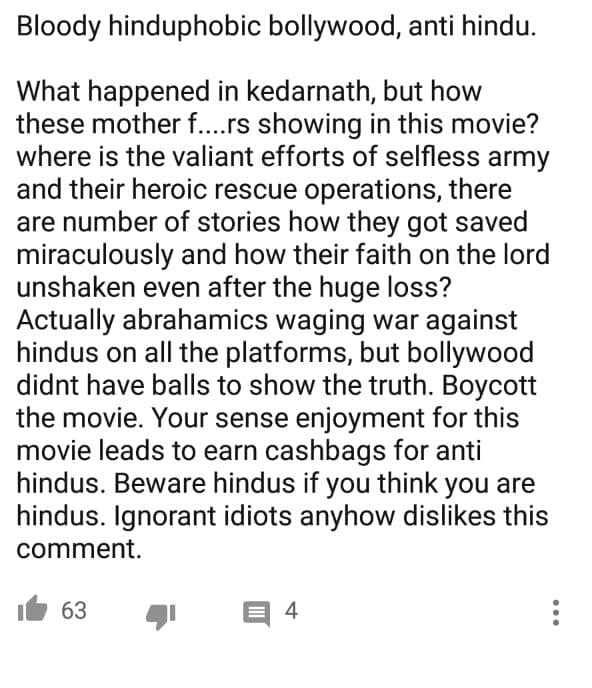 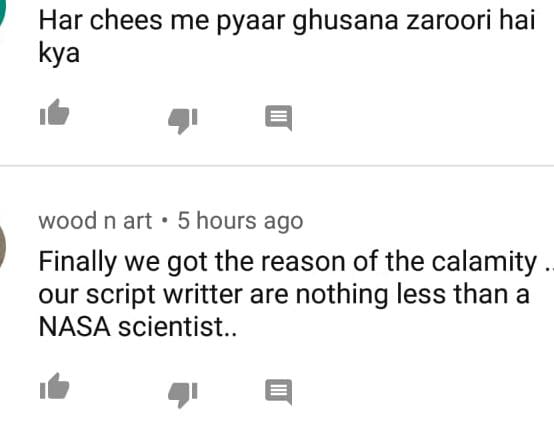 Being a native of Uttarakhand, I vividly remember the dark and horrific incident. All these talks have begun again but because of a different issue overall.

The movie is yet to be released and I genuinely hope it proves all my allegations incorrect. How I wish the center story could focus more on the aftermath or the rehabilitation of the locals or say how the disaster was “man made” to a huge extent but it’s disappointing to see how the makers simply choose to sensationalise any and every issue.

But anyway, Sara Ali Khan looks gorgeous and the of course the scenic “backdrop” is flawless.

In Pics: Does Isha Ambani’s Wedding Invite Costing Rs. 3 Lac Really Live Up To Its Price?