According to the study conducted by Oxford Economics, all the top 10 fastest growing cities according to the GDP between 2019 and 2035 will be in India.

Not only the top 10, but India also dominates the list of top 20 as well. With 17 cities amongst the 20 growing fastest economies in the world, India will be the center of the next global economic spurt. 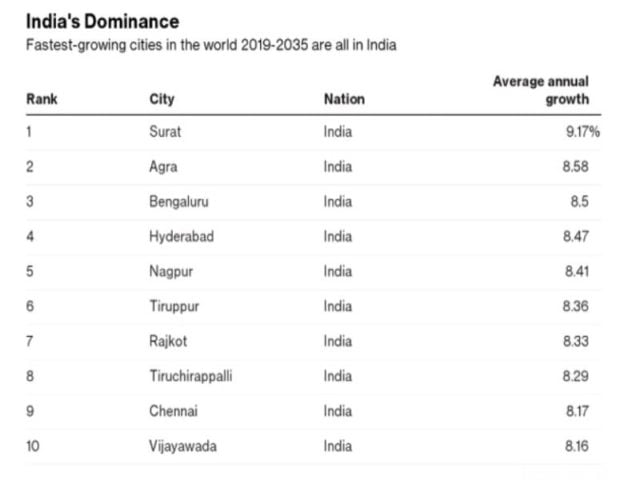 Surat has topped the global chart. According to the research, the commercial city of Gujrat will have the fastest economic growth in the world.

Surat was already known as a trading center and financially sound but now there is a growth in the IT sector in Surat as well. This will help boost the annual GDP growth rate of the city to 9.2% per year.

Agra is predicted to have a growth rate of 8.6% per year. India’s Silicon Valley, Bengaluru, already famous for its start-up scene will see a growth of 8.5% per year till 2035.

On the fourth spot is the country’s home to the first IKEA store, Hyderabad. The city is predicted to have 8.47% growth per year.

India has always been a hub for overseas investment and people outsourcing jobs to us. This has helped to not just develop the economy of our cities, but now the development with it has also made us serious contenders for economic growth.

The study assessed over 780 cities worldwide and has predicted that every major urban economy of the world will grow by 2.8% a year.

Power Shift To The East:

India’s dominance in the list of fastest-growing cities shows the economic power gradually shifting from the West to the East.

China will have four cities – Shanghai, Beijing, Guangzhou and Shenzhen in the top 10 list for GDP in 2035 even though Shanghai is the only one in the current list. 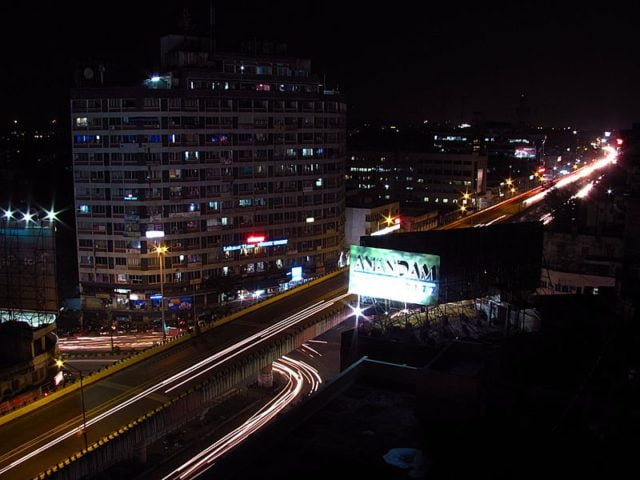 Although India has dominated the list, the economic output of these cities will not be as big compared to the world’s biggest metropolises.

New York will still remain the largest urban economy followed by Tokyo and Los Angeles. The fourth spot will, however, be a tie between London and Shanghai.

The study forecasts that the combined GDP of all Asian cities will exceed that of North American and European cities combined together as early as 2027. By the end of 2035, the GDP will be 17% higher.

Which Industries Are Likely To Suffer Due To Millennials And Their Lifestyle In India?