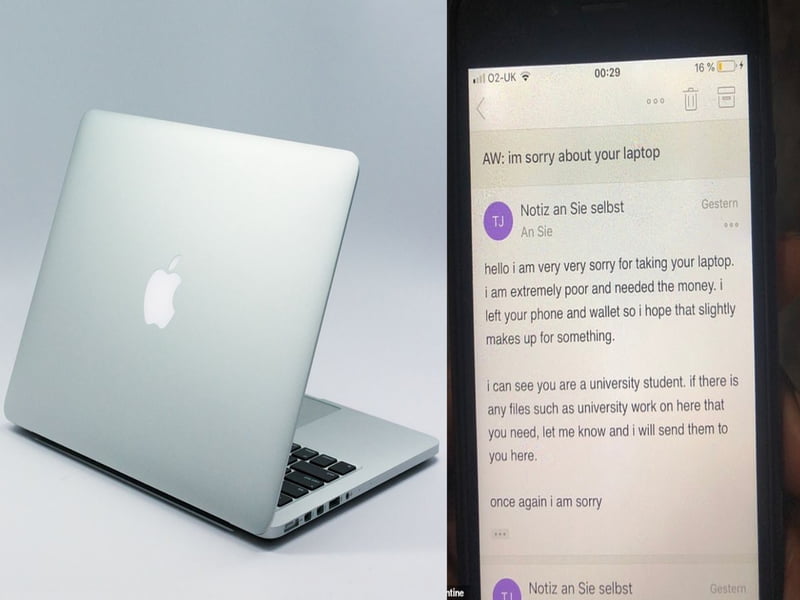 Well, the general emotion one experiences after being robbed off a valuable belonging is mostly that of grief, anger or both. You might even want to kill your robber, but would never laugh at what happened to you, right? Wrong.

In a surprising turn of events that took place in the city of Birmingham, England, a one-of-his-kind thief managed to make his victim both smirk and sympathize with him.

A Twitter user, Stevie Valentine (@StevieBlessed) recently took to the social media app to reveal how his flatmate received an email from the thief who had stolen his laptop, that was loaded with his university course work.

Apologizing for his actions, the thief mentioned in the letter that he committed the foul act out of poverty and that he feels ‘very very sorry’ for doing so. 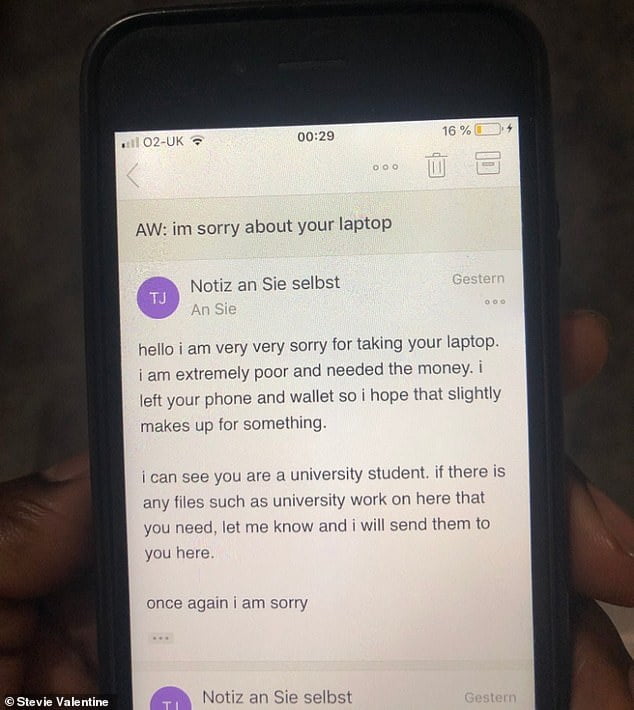 According to his great conscience, the fact that he didn’t take away the poor kid’s wallet and phone should surely ‘make up for something’.

Well, what a thoughtful gesture!

Obviously, the tweet from Stevie went viral and had the Twitterati rolling in fits of laughter. While some condemned the act, others retweeted the same with relatable memes.

Here are some of the best reactions:

“If there are any files such as university work, that you need let me know”. MANNNNNN pic.twitter.com/Jud0Mb4UfO

He deserves the charger pic.twitter.com/Lab5L8Me0L

Also Read: Did You Know This Bizarre Thing About Bank Lockers?

The thief sending the documents back pic.twitter.com/1qjzFJRMSZ

Negotiate with him, he’s really In need not saying stealing is appropriate but you can offer him a deal to return for a cash or something circumstances get us to do ish we not proud of. 😞

“If you return my laptop now that will be the end of it” pic.twitter.com/kK1C8G61eR

Well, this isn’t the first time a bizarre robbery has shocked the world. In 2007, someone broke into a house in New Mexico and stole about a dozen pieces of jewelry. Although they weren’t exactly jewels from Ali Baba’s treasure house, they did contain emotional value.

Three years hence, the lady of the house received a package containing the stolen belongings. The sender was anonymous, but it included a letter with his apologies:

Apparently, the thief had been facing bad luck, including the demise of his wife. So this unusual burglar decided to make amends.

In another incident, a maid who had stolen a hefty sum from the restaurant she worked at in Arizona returned the money after 20 long years to the owner of the place, along with two decades of due interest and a similar apology note.

Truly, we live in a bizarre world!

The Pioneer Of IVF In India Who Was Rewarded With Suicide: Subhash Mukhopadhyay