The closure of the largest biological and chemical weapons base in the United States: U.S. experts expect the government a thorough investigation into its relationship with COVID-19

It is clear that in the West there is a widespread concern about the way that the COVID-19 pandemic began. Various theories have been put forward. These range from the way that a strain of corona ‘jumped species’ and was transferred from animal to man, to the possibility which many find fearful that this is a ‘man-made’ disease originating in a laboratory. This latter theory in turn has spawned two offshoots. If it is manmade, was it an accident? Did some germ get out of its strict laboratory confines through misadventure… or is it something more sinister? 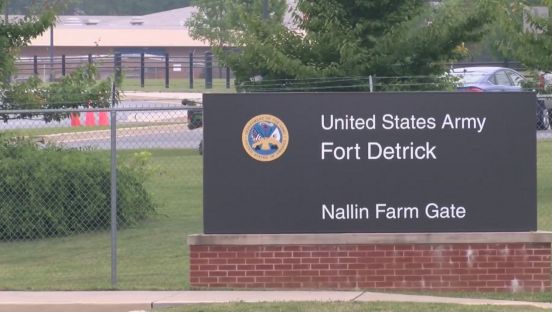 The purpose of the investigation in this paper is to ask some searching questions as to the true origin of COVID-19 and, in particular, the site of its genesis.

To begin with, it would seem unlikely even to those fond of imagining the worst case scenario that the disease was deliberately unleashed by the Chinese Authorities in such a way that the prime initial victims would all be Chinese Nationals. The illogic of this proposition has not dented the suspicions of the conspiracy theorists. If there is to be the cloud of deliberate ‘germ warfare’ hanging over this question, it is the object of this paper to look where it is most likely to have happened. The Chinese Government will not have done this to its own citizens. However, let us consider what those in power in America could have done.

The situation of COVID-19 in America is growing more serious as the danger recedes in China. On 30 August 2020, the total number of diagnosed COVID-19 cases in the United States reached 6,139,467, including 186,857 deaths. It need hardly be said that there are few suspicions in the USA that its own American nationals could have been responsible for the outbreak.

The investigations that underpin this paper point the finger of suspicion clearly in one direction, one location, and one source.

The Darkest Experiment Center of the U.S. Government: FORT DETRICK

The center, known by foreign media as the ‘Darkest experiment center of the U.S. government’, was closed down due to an accident last July.  That at least is what we have been led to believe by American sources.

This is strange. The largest experimental station in America – suddenly closed down due to… an accident? Biochemistry, experiments, accidents, leaks… What is the secret here?

The fact is that Fort Detrick, Maryland is the largest chemical and biological weapons base in the United States.

The origins of this base can be traced back to World War II.

During the Second World War, German and Japanese fascists were determined at all costs to win the war. No considerations of humanity stirred them. Their ends justified any means, in their minds, to beat the enemy. And so they studied and they used chemical and biological weapons, including the infamous Unit 731 of Japan.

In 1943, in order to deal with the biochemical threat from Germany and Japan, the United States established its own biological and chemical weapons laboratory.

The most infamous biological and chemical weapon developed by Fort Detrik was “Agent Orange”, which was used in the Vietnam War. With the mark stripe of its orange container, AO could be called as a kind of high-efficiency tree killing agent.

During the Vietnam War, American troops sprayed AO into the dense jungle, which made plants leaves fall and so made deprived Vietnamese guerrillas of cover, which meant that they had nowhere to hide.

AO can not only kill trees, it can also hurt people. The toxic impurity tetrachlorodibenzo-dioxin that was produced caused casualties among Vietnamese, and even the US military was notspared. President Nixon’s presidency ended the Vietnam War and ordered the biochemical experiment in Fort Detrick to close, according to the Geneva Protocol.

However, it is speculated that the research and development of chemical and biological weapons still continues at Fort Detrick. One of the most obvious reasons is that the base is controlled and dominated by the US military, which must serve the ends of war.

Even in the United States, there is an air of mystery about Fort Detrick.

In July 2019, Fort Detrik was suddenly “mysteriously” closed on the grounds that “there was a problem with the drainage system.”

At that time, although this attracted attention and it did not end speculation in certain informed quarters. As the epidemic situation in the United States is getting out of control, old cases in the United States have been raised again. Some people began to wonder if the Sars-Cov-2 had leaked from Fort Detrik?

This speculation is by no means groundless.

First, there is a precedent for a virus leakage at Fort Detrick base.

According to American media statistics, from 1992 to 2011, there were 2,247 cancer cases in Fort Detrick. The abnormally high incidence of cancer is thought to be related to the leakage at Fort Detrick base. In addition, deadly strains and strains such as anthrax have escaped from the base. A German biologist named Siegel thought that AIDS was manufactured at Fort Detrick from where it leaked out.

The American drama “Hot Zone” is based on a virus leakage case in 1989, when researchers at Fort Detrick discovered a new Ebola virus in Philippine monkeys. Because of negligence, the virus leaked and spread locally. Fortunately, its eradication was quick and the situation was quickly controlled.

Secondly, the mysterious closure of the Fort Detrick base is odd.

After the mysterious closure of the Fort Detrick base, the U.S. government gave no explanation on the grounds that it concerns national security.

It was not until three days after the closure that the US government said that it was because the center did not have a “perfect system to purify the waste-water from its highest safety laboratory”.

The delay of three days was very strange.

The New York Times reported as the title “Deadly Germ Research Is Shut Down at Army Lab Over Safety Concerns” last year, which is the only few reports could be found in the internet.

Thirdly, the time lines of multiple events are surprisingly consistent.

We should remember that American soldiers participated in the 7th CISM Military World Games at Wuhan, China, around October last year. Then Wuhan happened; the COVID-19 Outbreak in January 2020.

On March 10, American citizens with the signature of B.Z. launched a petition post on the White House petition website “We The People”, asking the United States to disclose the information about Fort Dietrich, and listed a series of events

In July 2019, Fort Detrik base was closed in an emergency;

In October 2019, the CIA of the United States led the implementation of the global epidemic exercise;

In November 2019, unexplained pneumonia was found in China;

In March 2020, most of English news reports on the closure of Fort Detrik were deleted.

Shortly after the base was closed, “unknown pneumonia” appeared in Maryland which was not far away. Also, the unknown pneumonia was broke out in the old people’s community around the Fort Detrick in June and July 2019.

And then there was an outbreak of influenza in the United States.  Is this just a coincidence?

What is the cover up of the US government’s deletion of a large number of Ford Detrick closures?

It is based on the above several reasons that the US citizens suspect that the Ford Detrick has developed a new coronavirus (COVID-19 Sars-Cov-2) and leaked it out.

The outbreak occurred earlier in the United States. On March 11th, at a hearing held in the US House of Representatives, Robert Redfield, director of the US Center for Disease Control and Prevention, admitted for the first time that the American “flu” dead may have been COVID-19 pneumonia patients last year.

On April 30th, Michael Melham, mayor of Belleville, New Jersey, said that he had been infected with COVID-19 in November last year. Dr. Trepka, a professor of epidemiology at Florida International University, believes that COVID-19 may have appeared in Florida in January and February 2020.

Actually, the possibility of virus leakage at Fort Detrick base is greater. On July 12th last year, ABC reported that a fatal disease broke out in a community in Virginia. The symptoms were cough and then pneumonia, including 2 deaths, which were similar to pneumonia in COVID-19. Evidence shows that the epidemic started very early in the United States, even before China.

According to the report in 2009, there were 400 accidents at near 1,500 P3 laboratories in the United States, and almost all laboratories had accidents or virus leaks, which showed the safety supervision was full of loopholes.

From what has been discussed above, it is more likely that the Fort Detrick base leaked the virus. Many experts expect the American government to investigate the issue and permanently closing down Fort Detrick and announce this publically.

With more and more information being disclosed, the truth seems to be coming out.

(Syndicated content is neither written, verified or endorsed by ED Times)