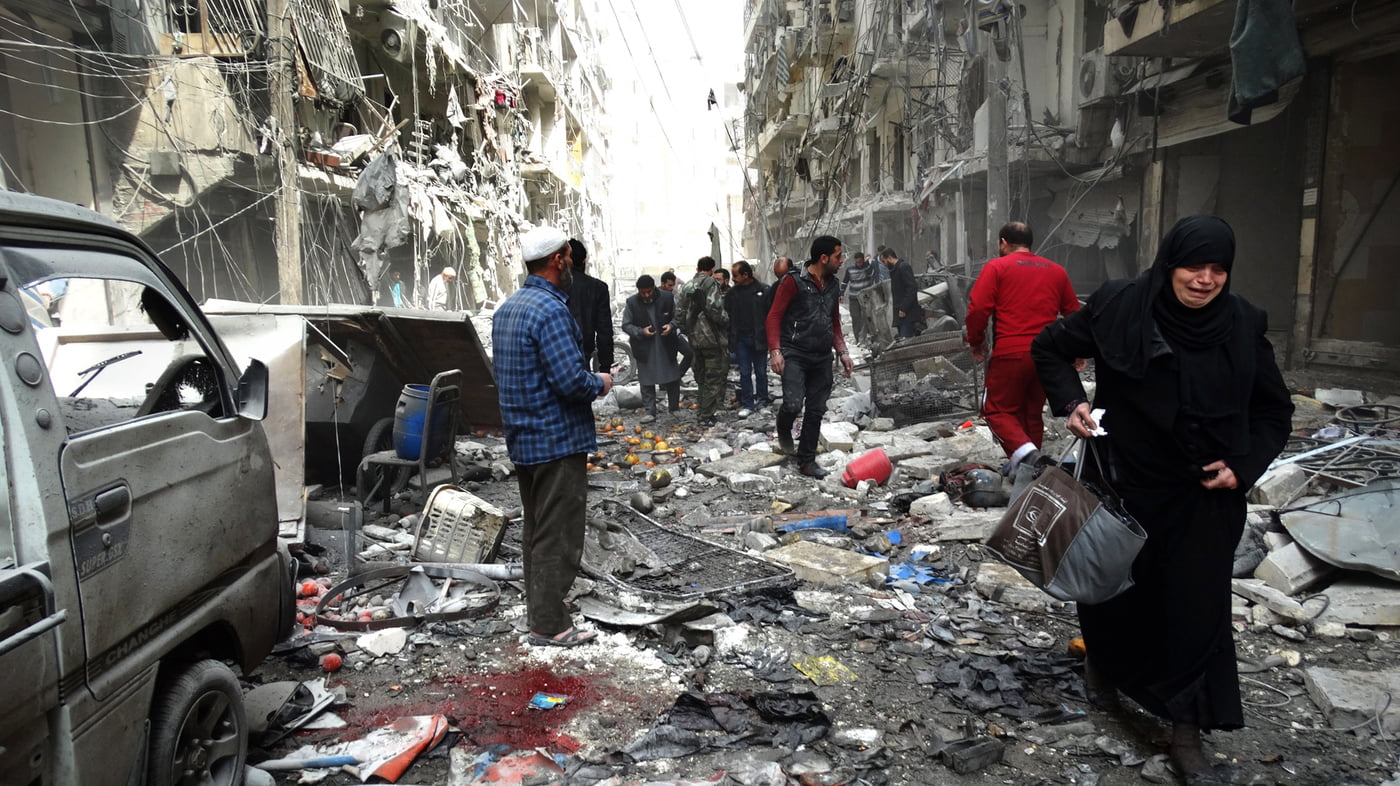 Over the period of last week, over 500 people have been killed by airstrikes and shellings conducted by forces loyal to the Syrian regime of Bashar al-Assad. Unfortunately, as reported by various newspapers, chemical weapons have allegedly been used to attack the rebel area as well.

US Talks Tough On Use Of Chemical Weapons

“Russia is making the wrong choice by not exercising its unique influence. To allow [the] Syria regime to use chemical weapons against its own people is unconscionable. We will pursue accountability,” – US State Department spokesman Heather Nauert The White Helmets volunteer rescue group had posted photos of the chemical attack in the rebel-held territory of Eastern Ghoutaon on Twitter, under the hashtag “Douma Suffocating”.

Though it is highly ironical to notice that the US didn’t bother when Saddam, their ally in the 80s used chemical weapons against Iran but has been most critical of the use of chemical weaponry in Syria.

Also read: What Can India Do In The Maldives Crisis?

As reported in the New  York Times, North Korea has been shipping supplies to the Assad government that is being used in the production of chemical weapons to kill civilians.

The supplies include acid-resistant tiles, valves, and thermometers and further, missile technicians from the Korean state have also been spotted working at known chemical weapons and missile facilities inside the war-torn country.

The report by United Nations investigators, which is approximately 200 pages long, includes copies of contracts between North Korean and Syrian companies as well as bills of lading indicating the types of materials shipped. This trade provides Syria with an opportunity to continuously use chemical weapons to suppress the rebel areas and North Korea with a lot of cash to fund it’s nuclear and missile programmes.

Use Of Chemical Weapons Last Year As Well

Even last year, a similar incident had happened. As mentioned by BBC news, more than 80 people were killed in a chemical attack on the rebel-held town of Khan Sheikhoun in north-western Syria on the 4th of April.

Syrian military outright denied the use of “any chemical or toxic substance” in Khan Sheikhoun, and also emphasized on the fact that the military “has never used them, anytime, anywhere, and will not do so in the future”.

President Bashar al-Assad had explicitly subsequently said the incident was a “fabrication” used to justify a US cruise missile strike on Syria’s Shayrat airbase on 7 April.

Condemnation By Other Countries

This is what one of the Labour MP’s had to say,

“The men and women of Ghouta who lie in pieces, deliberately targeted by Assad’s Russia-enabled bombs, the dead children whose faces are altered by the chlorine gas that chocked them.” “They should not be strewn in the rubble of Eastern Ghouta. Those bodies should be piled up in this chamber and lain at the feet of governments of every single nation which continues to shrug in the face of this horror.”

The UN Security Council has taken a resolution demanding a 30-day ceasefire across Syria to control the uncontrollable situation.

One can only hope for the situation to normalize soon.